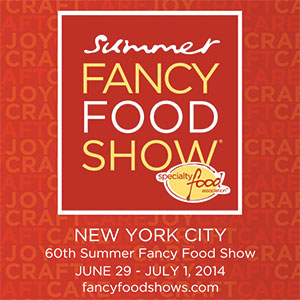 Packed to the walls with an estimated 28,000 attendees and over 2,700 exhibitors, the 2014 Fancy Food Show was the largest event in its history, according to event organizers (and the casual estimation of some on the show floor.) Compared to recent editions, there was certainly an uptick in the number of beverage companies exhibiting at the Jacob Javits Center, with many preferring to utilize the opportunity to showcase their brands in New York and passing on the upcoming Natural Products Expo East, which takes place in Baltimore later this year.

And while the show attracted retail buyers and distributors from all parts of the world, it was placement with both local and large retailers where many beverage companies had set their sights. In speaking with most of the more than 80 beverage exhibitors, it was clear that most were aiming to maintain, and in some cases, surpass current momentum in sales and distribution.

One such company is Boundary Water Brands (BWB), which markets Joia, a line of mixologist-inspired sodas. The brand launched in New York City recently, enlistingHarney & Sons for distribution throughout the metro region. On Harney trucks, Joia has three other premium CSD brands as stable mates, including Spindrift, Found Beverages and Bruce Cost Ginger Ale. Stafford, quoting a line gleaned from a long career as an advertising executive, noted that while “two’s a conflict, three’s a specialty.”

While Stafford sees Joia gaining consumer pull as a mixer, he explained that the company views soda as a “game you play for the long-term,” and that because the bulk of liquid consumption is about taste and refreshment, Joia has an opportunity to succeed as a “phenomenal tasting and refreshing” option with lower sugar content as compared to traditional soda. His sentiment about the brand seems to have resonance within the specialty foods community: Joia’s Orange, Jasmine & Nutmeg variety took home a sofi award as the most outstanding cold beverage at the show.

As for new distribution of the brand, Stafford told BevNET that Joia was priming for a test in Target, one that he said was currently undefined, and has achieved a number of wins in recent months, having secured placement in three Whole Foods regions — Northern California, Southern California and the Midwest. Joia is also now carried by foodservice giant Sysco, which distributes the brand’s six varieties in Los Angeles.

The company is now preparing for its fourth round of financing, the first to move beyond friends and family, and is “just starting” to meet with institutional investors. And though Joia is not yet profitable (Stafford said that the company would break even with $4-6 million in sales), recent gains in the past six months are getting it closer to that goal.

Like Joia, Ito En has been a Fancy Food Show stalwart for some time, and as expected, the Japanese tea company had a new and innovative offering to showcase. Timed with the start of the event, Ito En announced the U.S. launch of its bottled Shincha Green Tea, which it markets as part of the company’s Oi Ocha brand. A limited production beverage, Shincha is made with green tea leaves from the first harvest, ingredients that are “celebrated for its fresh and lively flavor, naturally sweet finish and smooth umami character,” according to the company.

Jim Hoagland, who in May was promoted to Chief Operating Officer of Ito En North America, called the product “the Beaujolais Nouveau of tea,” comparing the product to that of the celebrated first vintage of the French wine varietal. He pointed to the vertically integrated structure of Ito En as being critical in being able to produce a bottled Shincha tea, something other brands are not often able to accomplish.

Each tea harvest begins on the 88th day after the first day of spring, Ito En Sr. V.P. of Corporate Relations Rona Tison said, noting that because of the nature of the product, Oi Ocha Shincha Green Tea will have a slightly different taste from year to year. Line-priced at $1.99 per 16.9 oz. bottle, Ito En is testing the beverage in New York via the company’s DSD operation, and the product is being highlighted at Wegmans and will be sold in Costco on the West Coast.

While juice in and of itself is not typically viewed as an innovative beverage, Purity Organic’s new line of “superjuices” has taken shelf-stable blends to a premium place on the shelf. The line comes in four varieties made with ingredients often associated with the new wave of cold-pressed juices: Beet Apple Ginger Lemon, Kale Coconut Water Apple Spinach, Lemon Agave Ginger and Orange Carrot Turmeric Mango.

The fruits, roots and vegetables are sourced from organic farmers along the West Coast and blended into juices that are pasteurized and packaged in 14 oz. bottles. The shelf-stable drinks contain no added sugar and contain 85 percent juice, with the exception of the Lemon Agave Ginger variety, which is made with agave nectar and is 10 percent juice. Launching in mid-summer in the Northeast, New York and San Francisco, the new “superjuice” line will be priced at $2.99 per bottle.

While consumers are well aware of juice as a liquid to consume, it’s doubtful that many are yet knowledgeable about drinking vinegar. Yes, the beverage has been around for some time, and is a relatively common product in parts of Asia, and yes, it is often lauded as a healthy supplement, but how much education (and, perhaps, leaps of faith) will it take before Americans begin to embrace vinegar as a drink? Dylan Myers, the Operations Manager at Naam Som LLC, which produces Pok Pok Som Drinking Vinegar, is undoubtedly hoping for a relatively short window. 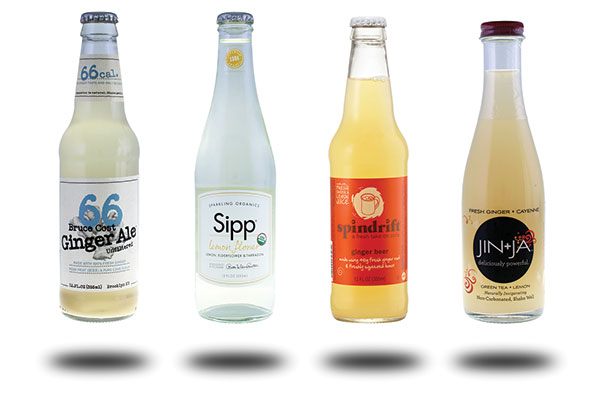 First introduced at the critically acclaimed Pok Pok restaurant in Portland, Ore., Pok Pok Som, a drinking vinegar concentrate, launched in bottles in Dec. 2010, with the company introducing a wholesale operation shortly afterwards. Packaged in 16 oz. amber-colored glass bottles with a black screw top, the products come in nine varieties that range from strawberry to thai basil, are shelf-stable, and priced at $15 per package.

The brand is well-represented near its home base with distribution in Whole Foods’ Northwest region and is carried chain-wide at The Fresh Market. Myers said that the company ships about one-third of the products directly to its customers, with the remaining going through broadline distributors, including Haddon House, Associated Buyers and Chefs’ Warehouse.

Myers said that the Pok Pok Som does not make any claims about potential health benefits associated with the beverage, and instead focuses on its use as a digestif and bar mixer. He said that the ultimate goal for the drink is to be viewed as delicious and refreshing, and while attendees of the Fancy Food Show are not your everyday consumers, it was clear by the crowd around Pok Pok’s booth that many were willing to give it shot.

Dr. B’s Tea has been rebranded as Doc’s Tea. The rooibos tea drinks are also now certified organic, with the company removing xylitol as a sweetener and replacing it with cane sugar. The drinks are primarily sweetened with monk fruit and contain 10 calories per 12 oz. bottle.

White Rock unveiled a revamped label for its line of sodas and seltzers.

IQ Juice is planning to launch a new organic shelf-stable line. The company currently markets a refrigerated line of super-premium juices in the metro New York market and will look to introduce the new products at the end of 2014/beginning of 2015. The drinks will be aseptically filled and packaged in 12 oz. plastic bottles, and come with a price point of $2.99-3.49.

Jin + Ja introduced the first extension to its line of ginger-based drinks. The new dragonfruit variety is made with the company’s primary blend of ginger cayenne pepper, green tea, mint and lemon.

Spindrift has added a ginger beer to its line of sodas and seltzers made with fresh juice and purées. Each 12 oz. bottle is made with freshly pressed ginger, fresh lemon juice, water and cane sugar, with five pounds of fresh ginger used to make each 24-bottle case.

Sipp has extended its line of “sparkling organic” drinks with a lemon flower variety.