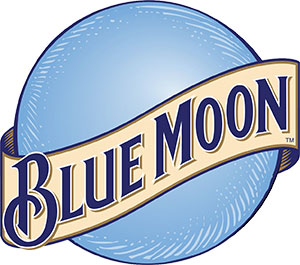 When Google chews over the search term “Blue Moon beer,” it spits back more than 46 million results. Serve it Coors Light, and the yield is a little more than 5 million. While those are links enough to turn anyone into Christendom’s foremost Silver Bullet scholar, in the grand scheme of the search engine universe, Blue Moon is a constellation, while Coors Light is merely a star.

But never mind the cloud. Here in the real world, Coors Light is MillerCoors’ flagship, making it one of the most recognized beer brands in the country, outselling Blue Moon Brewing Co.’s darling Belgian White by almost $2 billion.

Blue Moon Brewing Co. is still more a tower than a slouch though, as it carries the flame for MC’s craft and import division Tenth and Blake (T&B). The brewery was already in the midst of a massive growth curve when T&B was founded in 2010 in response to the “constantly evolving and changing” landscape of the craft revolution, according to T&B CEO Tom Cardella. The brand has only continued to grow.

In 2013 the Belgian White raked in $197 million, according to IRI’s multi-outlet retail and convenience channel data (MULC), which is comprised of sales in grocery, drug, club, and other key off-premise sales. That represents 13.6 percent growth in sales against a year ago, accounting for roughly 38 percent of T&B’s overall sales in the category.

Blue Moon’s omnipresence makes it the perfect flagship for MC’s craft strategy, a three-tiered system of its own known as the “beer journey.” The first tier is “invitational.” It has broad appeal and accessibility. It’s the ever-sessionable Belgian Whites, Leinenkugel’s Summer Shandies and Crispin Ciders. Progressing from there, it delves into “exploration” and onto “experimentation,” where consumers will be faced with bigger, bolder, and badder libations.

“We are the largest player in invitational craft,” said Cardella.

The primary focus of T&B, he said, has been building out those invitational Brands, which in turn will raise interest in the latter phases, a process traceable in the evolution of Blue Moon from its Belgian flagship to the Vintage Ales, Expressionist Collection and on up to its edgier Graffiti line.

In terms of brands, then, T&B’s imports Worthington and St. Stefanus can be found in the “exploration” spectrum. Blue Moon’s siblings in the Graffiti Collection – Pine in the Neck and Tongue Thai-ed – which boast challenging IBUs and higher percentages of ABV than standard domestic offerings, fall under the guise of “experimentation.”

“We’ve done the same thing with Jacob Leinenkugel,” Cardella said of the venerable T&B holding. Leine’s juicy Shandy Seasonal pulled in nearly $76 million in off-premise MULC in 2013, an uptick of more than 2,000 percent versus the year prior as the company expanded the seasonal to the rest of the country, making it another benchmark of the company’s invitational offerings.

“Right now we’re primarily in the invitational space,” he added. “Then we sort of make this big leap over to the Big Eddy series. They’re really big, robust beers.”

So how does this positioning jibe with the industry down the ladder? Depends who you ask.

One view is that being “invitational” doesn’t necessarily rub T&B’s back alone. Matt Schulman, co-founder of the newly launched Sarene Craft Beer Distributors in New York, said that new drinkers might start with a MC craft option they see because it’s so familiar and use it as “kind of a steppingstone toward others,” which is good for the industry at large.

“People out there are asking for those specific styles of beer now, that they’d have no idea [about otherwise],” he said. It’s an opinion that has been echoed throughout the industry, including by craft godfather Jim Koch, the founder of Boston Beer.

But if some see T&B’s portfolio as a steppingstone into craft, detractors hardly view the relationship as symbiotic. They don’t see a school of minnows swimming happily alongside a whale, rather they view T&B as Jaws trying to fit in by wearing a guppy’s propeller hat.

Perhaps the most oft-criticized aspect of T&B’s approach to craft is the rollout of products absent the MillerCoors name.

“I find that there’s a stigma attached to Blue Moon when people find out that it’s MillerCoors,” said Suzanne Schalow, co-owner of Craft Beer Cellar, a craft retailer with multiple locations throughout the east coast. “They work their asses off to keep people from knowing its them.”

Schalow said the company could gain credibility within the craft community with a bit more candor.

“The society we live in is a knowing society,” she said, adding that more and more people care and want to know exactly who brews their beer.

Cardella said this is something that has been discussed within the company quite a bit.

“The way I look at it, consumers, drinkers, basically can get on our websites and everything gets linked together. But at the end of the day, we’ve got assets that have been around a lot longer than most of the industry.”

“In our mind, yeah, there’s a debate. But I’m not really sure if the debate needs to be as robust as everybody allows it to be,” he added.

Whether it’s by cold calculation or comforting consideration, the importance of nomenclature and definition for craft fans hasn’t been lost on the company. Tenth and Blake’s own moniker derives from the 10th Street Brewery in Milwaukee where Leinenkugel is brewed, while Blake refers to Blake Street in Denver, home of The Sandlot, where Blue Moon was born.

Meanwhile, as the company makes investments, T&B has been cognizant of the rules of the craft game. For example, when the company bought up a stake in Terrapin Beer Co. in Athens, GA. in 2011, the sale was for less than 25 percent of the company – so it could remain an independent brewery in accordance with the Brewers Association guidelines.

Whether investments down the road will follow a similar path remains to be seen. In 2012, it was reported that T&B was also showing interest in investing in Boulevard Brewing Co., which has since been purchased by Duvel Moortgat of Belgium. Terrapin founder John Cochran told Brewbound at the time of the reports that T&B had expressed to him “that they are interested in partnering with other craft breweries around the country.”

When pressed for further elaboration of T&B’s process of investing in or purchasing other craft breweries, a spokesman said it wasn’t something the company would be able to discuss, though in a Brewbound story from November of 2012, Cardella said, “We get a lot of phone calls from smaller guys that see us as an opportunity.”

“If it is a model that we think makes sense, we will create partnerships,” he said at the time.

The whole model has seemed to make sense so far. Taken as a whole, in 2013, T&B enjoyed a 16 percent bump in MULC, bringing in $515 million, up $70 million from the year before. And that’s not even counting on-premise, where Blue Moon has become a massive presence. Meanwhile, as Coors Light celebrated comparatively modest (2.9 percent) growth in the same MULC channels, sales for Miller Lite, Keystone Light and Miller High Life all declined by 3.6, 4.5, and 9 percent, respectively.

The disparity in fortunes for its parent company could eventually drag with it a tightrope for T&B to navigate. The company will continue to pump its craft champions, but should it overreach and be perceived as commonplace the way a Coors Light is, for instance, it could possibly lose some of its luster with its target demographic, who continue to style-hop with abandon.

“There’s always that issue when you reach a certain size,” said Cardella. “You become a bit more ubiquitous.”

Ubiquity, of all things, has been the one characteristic that craft drinkers try to avoid, and that has affected business already. There are accounts in some major markets that won’t list Blue Moon’s Belgian White as craft, Cardella said, because “they feel it’s too mainstream.”

“It’s a pretty fine line that you sort of have to balance on,” he said. “At the end of the day, it’s just sort of the way the world works.”