Why look at a pill? All of these natural functional products are available in beverages right now: and they’re growing and on-trend, with brands deploying these ingredients all receiving investment in the past year, from Dixie (cannabis) to Vega (plant protein). So let’s see why products are increasingly turning to these ingredients – and look at alternatives, as well. 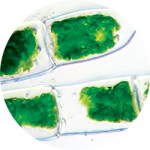 Wonder why WhiteWave paid $550 million for Vega? You shouldn’t be: plant proteins are hot, according to formulators. While whey is well-known as a highly effective, bioavailable source of the muscle-building stuff, plant sources are vegan-friendly, considered more renewable and are in vogue with new “clean label” marketing initiatives. Rice, pea, oat – even algae are growing. See also: grass-fed milk protein, which is as clean-label as it comes for stuff that comes from animals. 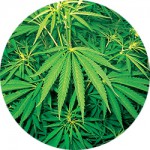 Hey, we know, it’s illegal in 46 states. But the four that have it are all gearing up for an edibles – and drinkables – revolution, and finding the right way to blend it into a tasty, memorable drink will go a long way toward making new brands soar. That said, there’s a key caveat – when more than 80 percent of products are improperly labeled with the amount of THC in the mix, either there needs to be better operational oversight or less laziness on the production line. Regardless, cannabis extracts are fast becoming a highly relevant market, and brands that know how to work with it will have an advantage in the new wild west. See also: Kava, which has once again started to appear in drinks like Taki Mai and Kava King. 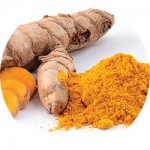 As inflammation response becomes more widely discussed in the medical community, the level of curcumin in this Indian root is fast becoming the latest standard for measuring effectiveness. Not that the science is there all the way – but at least creating a euphemistic standard is better than nothing. Meanwhile, it’s moved toward more mainstream products as an ingredient, getting dumped in everything from HPP juices to OJ. Look for more definition of the benefits of this ingredient as the months go on. See also: broccoli, which has a high curcumin count when raw. 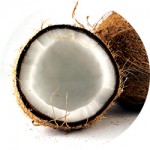 From avocado to coconut cream, healthy, monounsaturated fats are migrating into beverages because of the increased influence of meat-based bars, nutritional studies that show that fat can burn quicker for athletic performance, and to increase the complexity of nutrition in meal-substitute beverages. It might seem anathema to the idea of calorie control, but the richness of fat – also present in some nut blends, which add body as well as taste – can make them much more appealing from a flavor profile. See also: fish oil, the king of Omega 3s. 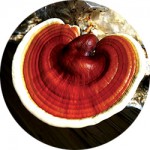 New companies like Four Sigma Foods and Back to the Roots (grow your own kits) are making a case for adding reishi mushrooms to drinks, moving them from their encapsulated form. Considered an immune-system modulator, it’s also an ingredient that can appear in a variety of products and blends, giving them an adaptogenic punch. Close behind are chaga mushrooms, a hard fungus found largely in Russia; it’s also believed to help keep the immune system in balance. See also: Matcha – if green tea is good, then concentrated, dried, smoked and powdered green tea must be better, right?