Danone, a global food and beverage conglomerate whose brand portfolio includes evian and Dannon yogurt, has agreed to acquire WhiteWave Foods, a manufacturer of plant-based and premium dairy products. Danone will acquire WhiteWave, which owns Silk, Horizon Organic and International Delight, among other brands, for $56.25 per share in an all-cash transaction, representing a total enterprise value of approximately $12.5 billion, including debt and certain other WhiteWave liabilities, according to a release issued by the two companies.

The deal will nearly double the size of Danone’s North America footprint, increasing it from 12 to 22 percent of the company’s total portfolio and aligning it with several fast-growing brands focused on healthy and sustainable lifestyles. The acquisition of WhiteWave will also make Danone a leading manufacturer of refrigerated products in the U.S. and one of the 15 largest food and beverage manufacturers in the country. 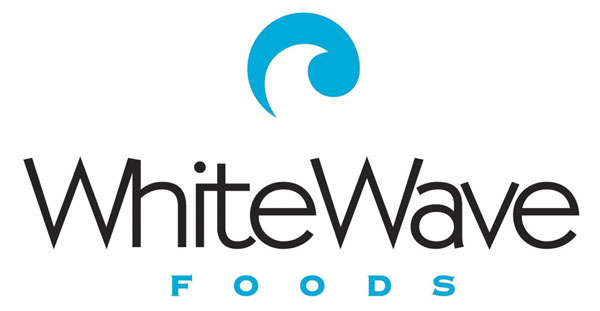 Amid sustained demand for organic, plant-based and dairy-alternative foods and beverages, WhiteWave sales have increased at a 19 percent compound annual growth rate from 2012 to 2015, and the company doubled its operating income during the period. WhiteWave reported a net profit of $168 million on revenue of $3.9 billion in 2015, according to The Wall Street Journal.

“This unique combination positions us better to address tomorrow’s consumer trends and represents a great opportunity to step change the ambition of our plan for an Alimentation revolution and to accelerate our path towards strong sustainable and profitable growth by 2020.” Danone CEO Emmanuel Faber said in the release.

Since being spun off Dean Foods in 2012, WhiteWave has made several key acquisitions and investments to bolster its portfolio with brands in high-growth categories. In January, 2014, the company bought organic produce grower Earthbound Farm for $600 million, and eight months later paid $195 million for So Delicious, a maker of plant-based food and beverages. In January, 2015, WhiteWave made a $3 million investment in cold-pressed juice brand Daily Greens and later that year acquired Vega, which manufactures nutritional plant-based powder and snack bars, for $550 million. The company has also innovated internally, and recently entered the surging cold-brew coffee category with the launch of ST ¯oK, a new brand of RTD iced coffees.

While it remains to be seen if Danone will embrace WhiteWave’s acquisition strategy, Mike Burgmaier, a managing director and co-founder at Whipstitch Capital, an investment bank focused on the consumer products industry, believes that it should be critical part of the company’s vision going forward.

“My hope is that Danone recognizes how WhiteWave was built through acquiring fast-growth, emerging brands that are typically smaller than what Danone would buy on their own,” Burgmaier said. “And that they’re buying a mindset and an experience base about how you grow a company, identify trends and act on [them]. My hope is that Danone is going to continue that and continue it in a much bigger way. But time will tell what they choose to do, how they integrate it, and what the mindset is.”

LifeAID, a functional beverage brand based in Santa Cruz, California, has completed its first capital raise outside of friends and family with an investment from private equity firm KarpReilly.

LifeAID co-founders Aaron Hinde and Orion Melehan told BevNET the amount of the raise was in the “high seven figures.”

“Building out our distribution and sales networks is an endeavor and we knew it would require an institutional partner to back us,” said Melehan.

The duo went on to discuss how the investment came about, as part of the company’s ongoing move beyond the targeted, niche communities – Crossfit gyms, golf courses, music festivals – where it’s built a following into more conventional channels of distribution, including Vitamin Shoppe, Whole Foods and several Safeway/Albertsons divisions.

“The plan was always to first build the consumer base and brand awareness in the on-premise market and dominate those niche channels,” said Melehan. “This raise will really help bridge the chasm between our niche communities and conventional.”

The company’s move into conventional retailers will also see the introduction of a more mainstream, less specialized addition to its product line.

“This is a beverage people could easily swap out their daily diet soda habit for and then they’ll continue to have their FitAID with their fitness, and FocusAID at work when they need a pick-me-up, and PartyAID on the weekends,” said Hinde.

For KarpReilly, its investment in LifeAID is the latest addition to a growing beverage portfolio. The firm has previously invested in Kevita and Spindrift, and in February of 2016, the firm announced its acquisition of Zola. 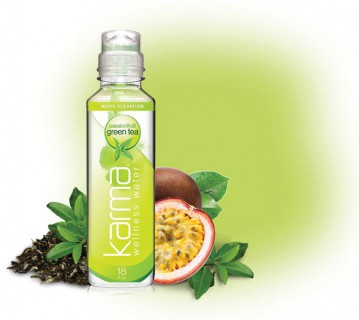 Karma Culture, the makers of dispensing-cap beverages Karma Wellness Water and Karma Probiotics, has completed a capital raise of $2.25 million.

Company founder and CEO C.J. Rapp discussed the deliberately “modest” raise in a call with BevNET, saying the company raised the necessary funds to support its recent “Push For Better” marketing initiative alongside the recent launch of its Karma Probiotics line.

“We wanted to stay in the realm of private investments from high net worth individuals to secure enough funding to accomplish our objectives for the foreseeable future, the next 12-18 months,” said Rapp. “The way we went about this was very deliberate.”

To facilitate the raise, the company elicited the services of investment banking and advisory firm Green Circle Capital Partners, which closed two rounds for Karma in December of 2015 and June of this year.

“C.J.’s approach to building Karma has been more traditional compared to some of the entrepreneurs we’ve seen enter the beverage space in the past 5-10 years, who’ve looked to raise loads of money from venture capital firms as early as possible,” said Strumwasser. “We saw that Karma had been extremely capital efficient, already had proof of concept, and that they were on their way to a sustainable business.”

In discussing the recent introduction of Karma Probiotics, Rapp pointed to the emergence of and consumer demand for probiotic beverages, saying the line extension – which is already available at more than 8,500 retailers including Kroger, Fred Meyer, Harris Teeter, Fry’s, Fresh Market, Rite Ade and Meijer, among others – has the potential surpass the brand’s flagship vitamin-enhanced waters.

“The timing of the launch comes at a point where the category is evolving and exploding and retailers are looking for high-quality probiotic products,” Rapp added. “Having a shelf stable probiotic beverage is not only a real benefit to the consumer but it also opens up new forms of distribution and merchandising.”

Rapp also discussed the licensing of the company’s Karma Caps, an emerging aspect of the business he says may soon extend beyond beverage. Currently licensed to pre-workout supplement company ProSupps and Canadian sports drink brand Biosteel Sports, Rapp indicated he’s been in discussions with multinational companies in the fields of pharmaceutical, chemical and agriculture regarding global applications of Karma’s proprietary cap technology.

“[Before Karma] the dispensing cap space was still in its infancy, and a lot of the early stage players made use of what was available to them but it wasn’t perfected on a technical level, or the supply chain was complicated,” said Rapp. “We’ve brought it all in house. Our caps are made, filled, and assembled in a pharmaceutical grade clean room, and it’s all done first class.”

Hoping to emulate the early success of his San Diego-based beer company Saint Archer Brewing, which was purchased by MillerCoors last September, entrepreneur Josh Landan is doubling down on the beverage business.

Landan, together with current Saint Archer vice president Jeff Hansson, is preparing to launch Villager Goods, a line of food and beverage products backed by many of the same action sports figures who initially funded Saint Archer.

Villager’s first product, a pasteurized and not-from-concentrate organic coconut water line that comes in three flavors — original, pineapple and chocolate — is slated to debut in August and will be sold in 500 mL Tetra Paks for $2.99 each.

Sourcing and production of the Villager coconut water will be managed by the Celebes Coconut Corporation, based in the Philippines, he added. A forthcoming, non-coconut and still undisclosed food product is also being developed and the company plans to launch “extensions of the Villager brand” into other categories within the next six months.

In addition to financial backing from Landan and Hansson, Villager has about 20 action sports investors who will also serve as brand ambassadors. Many of them, including popular pro skateboarders Paul Rodriguez and Mikey Taylor, also backed Landan’s first beverage project, Saint Archer Brewing.

Villager has also hired Jason Schwenk, a former sales director at both Red Bull and Noho, as its new vice president of sales.

For those familiar with Saint Archer, the Villager pitch will feel eerily similar.

Visitors to villagergoods.com are greeted by a 2-minute video set to an indie musical track and featuring a plethora of surfers and skaters, medium close ups of the individual action sports investors themselves, and plenty of establishing shots that let you know the brand is headquartered near the beach.

Landan, a filmmaker by trade, took virtually the exact same approach when he launched Saint Archer in 2013, though he swears Villager is not simply a carbon copy attempt at conquering an already crowded coconut water category.

“Having a brand, a story and a product that people connect to and are drawn to is something that we wholeheartedly believe in,” Landan said. “There has never been a healthy, authentic, non-alcoholic option that has come from these athletes.”

By that, Landan means a non-alcoholic brand that those action sports athletes actually own a stake in, as opposed to simply endorsing. 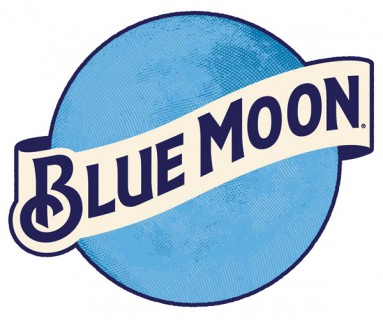 It took about 14 months, but a California judge has finally tossed aside a class action lawsuit against MillerCoors LLC that alleged the beer company was deceptively brewing and marketing its Blue Moon Brewing line of craft products.

U.S. District Court Judge Gonzalo Curiel granted MillerCoors’ motion to dismiss the case after the company argued that Evan Parent, a homebrewer, beer aficionado and plaintiff listed in the suit, was unsuccessful in demonstrating that MillerCoors had misled consumers through its advertising and positioning of Blue Moon as a craft beer.

Parent had accused MillerCoors of violating California’s Consumer Legal Remedies Act and suggested that the company was intentionally trying to trick consumers into purchasing a “craft beer” made by a smaller brewery.

Parent had pointed to a series of video advertisements posted to the Blue Moon YouTube channel and alleged that MillerCoors attempted to “falsely represent that Blue Moon is brewed by a small, independent craft brewery, rather than the second largest brewing company in the United States,” according to the lawsuit.

In its efforts to tell the story of Blue Moon via the online ads, however, MillerCoors did not explicitly state where its beer was brewed or how large batch sizes were. It also stopped short of describing the Blue Moon products as “craft beer.”

“At best, these advertisements contain generalized, vague, and unspecified assertions that amount to mere puffery upon which a reasonable consumer could not rely,” Curiel wrote in his decision.

The judge, however, found that MillerCoors was not liable for the third party.