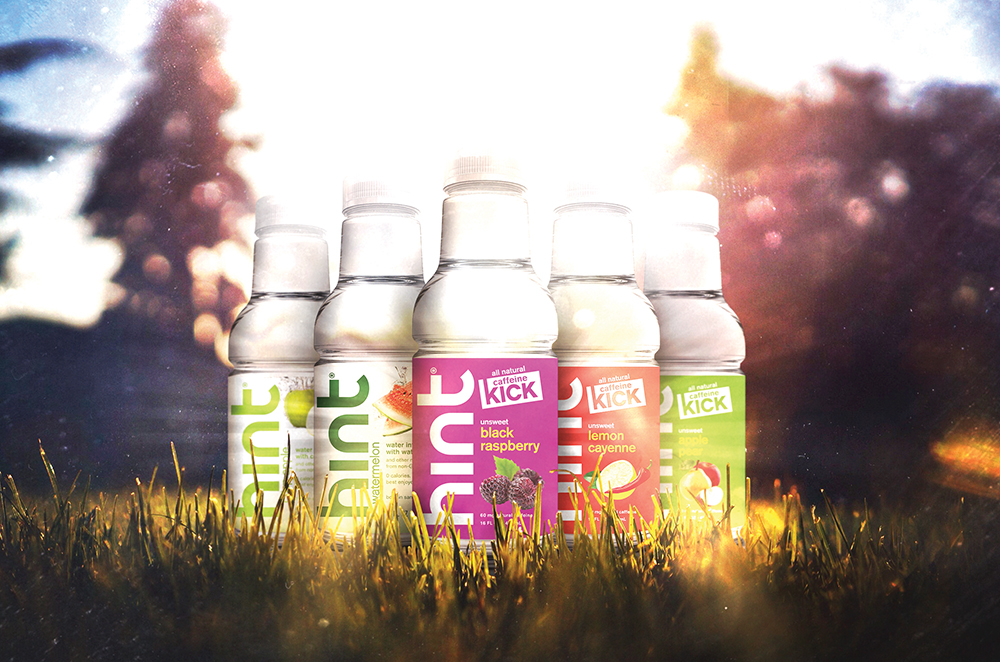 Even after a decade in the beverage business Kara Goldin still hasn’t mastered the art of the hard sell.

“We’re probably the only beverage company that encourages people to drink tap water,” the Hint Water founder and CEO says with a laugh. “Whenever somebody says ‘I like plain water, why should I drink your product?’ I’m like, “I don’t know, you probably shouldn’t.”

When Goldin launched Hint in 2005, her brand wasn’t aimed at the H2O-inclined as much as it was positioned towards people like herself, who found water boring and whose efforts to drink more of it didn’t come easy. Just a few years earlier Goldin had a Diet Coke habit that consisted of more than 10 cans a day, and it was wreaking havoc on her.

“I was 45 pounds overweight, I had terrible acne, zero energy,” she says.

Goldin’s personal awakening saw her ditch the diet soda for water, which she flavored with fruit at home to combat her aversion.

“After I stopped drinking diet soda and started drinking water I lost 40 pounds in three months. My acne was gone. All of a sudden I had energy.” And a business.

Her realization that no such beverage existed in the marketplace would become the inspiration behind Hint, a beverage brand whose aspirations for its consumers went beyond simply selling unsweetened, lightly flavored waters to becoming a voice in a much larger conversation surrounding the United States’ obesity epidemic and Americans’ pursuit of healthier beverage offerings. 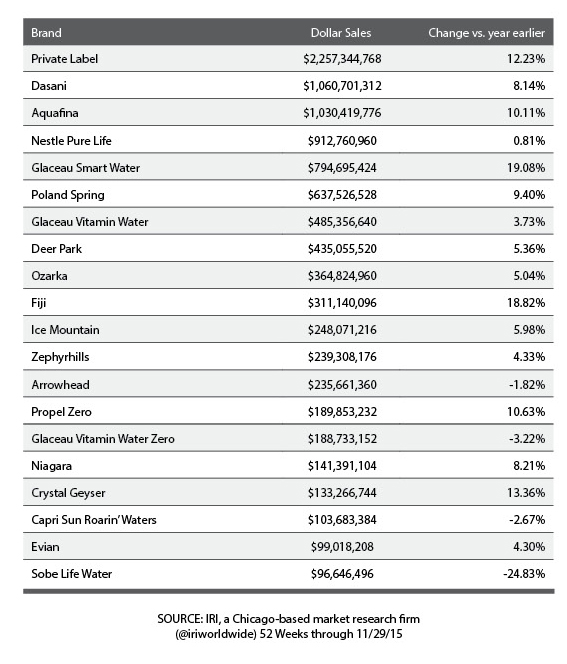 Ten years later and Hint remains at the forefront of the category it pioneered. The company recently eclipsed $70 million in annual sales and can be found at more than 35,000 retailers across the country. It lists Grammy-award winning singer and songwriter John Legend as an investor. It’s been an active partner in First Lady Michelle Obama’s “Drink Up” initiative.

Still, amidst all that good, there’s the sense of unfulfilled potential, as artificially sweetened sparkling waters like Sparkling Ice and even unsweetened essence waters of the carbonated variety like LaCroix have experienced the vaunted “hockey stick” type of accelerated growth that’s evaded Hint. Which leads to the question: what’s the ultimate value of leading the unsweetened, non carbonated, flavored essence water category? Hint’s mantra has always been “Drink water, not sugar.” But should it have been more specific?

Until recently Hint’s story had been one of steady, incremental growth, powered as much by Goldin’s story and force of will than its sales or consumer demand. Hint’s biggest successes have come by way of forward-thinking plays from the company, from its measured approach to raising capital on a small, need-to-spend basis to the buildout of a dynamic multi-channel distribution network that’s gone beyond natural, specialty and organic grocers into foodservice and online. The company’s established a strong presence in its hometown tech community, building a corporate customer list that includes the likes of Google, Yahoo, Twitter, Facebook and LinkedIn. In 2014 Hint inked a deal with Foodbuy, the largest foodservice operator in the country, to expand its footprint into hospitals and college campuses.

The launch of Hint’s direct-to-consumer e-commerce platform that same year proved to be a turning point for the company. The company’s big bet on consumers wanting to buy their products online paid off, as Goldin estimated in August of 2015 that online sales would account for 40 percent of the company’s overall revenue.

Goldin credits Hint’s recent acceleration to consumers finally starting to catch up to a product that was ahead of its time. She’s not alone. Reached via e-mail Jerry Reda, the COO of longtime New York City Hint distributor Big Geyser said the brand is now “going mainstream.” Ken Sadowsky, a beverage industry heavyweight who’s earned his “Beverage Whisperer” moniker from his early involvement with brands like Snapple and Vitaminwater, and who invested in Hint on behalf of Brussels-based investment company Verlinvest, echoed a similar sentiment. 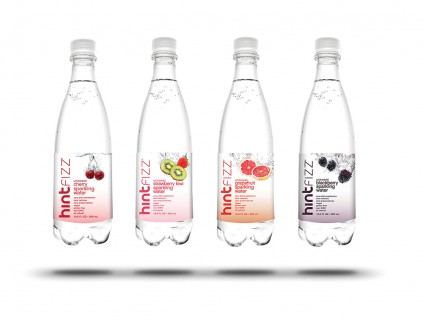 “Just by the nature of the product’s composition this is a brand that was poised to turn a corner,” Sadowsky says. “On top of that, then they have established all these other branches that will further accelerate the growth organically.”

For Carol Dollard, founder of Agua Brands, the recent launch of her company’s “Fruit Essence” line marks her second go-around in the flavored, still, unsweetened segment. The former chief operating officer at Glaceau, Dollard’s experience in the space actually predates Hint’s with Fruitwater, a like-minded product that saw several re-toolings before its eventual discontinuation.

Dollard says despite showing signs of promise with a loyal following, Fruitwater had the unfortunate predicament of playing second fiddle to Vitaminwater as that brand exploded, which led to the company growing disinterested in allocating its resources towards pushing the product. But times have changed.

“Ten years ago it was revolutionary to have a product like this with no sugar,” Dollard says. “Now people want water, but they still want flavor.”

The launch of Agua Fruit Essence as “Hydration for the water-bored” shows that while consumers are catching up to Hint, the competition is in pursuit. And while there’s no denying that Hint has held off all challengers to date, the Goldins have been nimble enough to know its number one spot in a small slice of the bottled water category won’t be enough to make Hint the billion dollar brand Goldin aspires it to be.

The 2011 launch of Hint Fizz saw the brand’s foray into the sparkling segment, where consumers have been more receptive to unsweetened 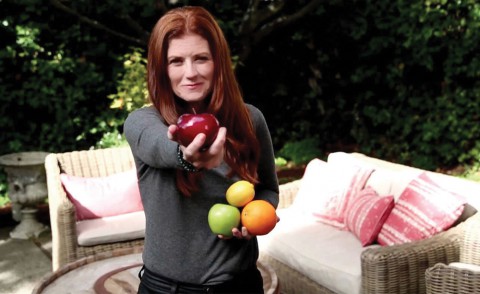 offerings. Its most recent innovation has been the 2015 launch of Hint Kick, a caffeinated line extension that came out of the brands’ stronghold in Silicon Valley, where its tech types were requesting a Hint-driven alternative to chemical-laden energy drinks.

Whether Hint’s “hockey stick” is on the horizon remains to be seen but all indications suggest the company’s in the right places at the right time. Global market data and research firm Mintel recently reported that innovations in flavor are driving the success of the bottled water category, which is projected to see rapid growth of 34.7 percent through 2020. Meanwhile Euromonitor’s Virginia Lee has identified caffeinated waters as a “white space opportunity in the small but rapidly growing functional bottled water category.”

“Bottled water brands benefit from overarching consumer trend toward more healthful, better-for-you alternatives to unnatural and high-sugar drinks. This has spurred sales growth of bottled water with even greater projected growth over the next five years,” said Mintel beverage analyst Elizabeth Sisel. “In the coming years consumers will likely put even greater value on no artificial ingredients in bottled water. To capitalize on this trend, brands should emphasize free-from claims on packaging as they release new flavors and functions in order to engage the market’s most active consumers.”

Which is exactly what Hint’s been doing. So after years of waiting for consumers to catch up, Hint’s begun to chase some down.

“For a lot of our consumers Hint has been the first step in their journey to get healthy,” Goldin adds. “Our plan is to continue to follow this consumer and figure out where we need to be to help them live this healthier lifestyle.”