For all my life I’ve been told that there’s no such thing as a free lunch, though I’ve refused to accept that kind of negativity, believing that through diligence and perseverance I’d find a way to reprise that once-common tradition. Since I’m not a gambler, Las Vegas or Foxwoods don’t hold the answer, and when I make a donation at the blood center they only give me tiny bags of cookies and crackers. So the closest I’ve come to that mythical free lunch is right where the tradition originated, at a New York saloon – my beloved McSorley’s Old Ale House, where over the years I’ve quaffed hundreds of their inscrutable “dark ales” accompanied by overstuffed ham-and-cheddar sandwiches priced around $5. (Until recently they used to be more like $3.50.) 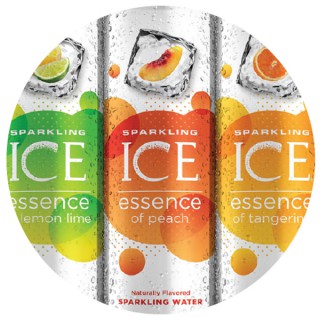 But I’m starting to wonder whether there isn’t the equivalent of a free lunch in beverages: bubbles. I’ve come to be amazed at how many marketers have been adding carbonation to items that otherwise would be dull or challenging in flavor or perceived as not refreshing, thereby obtaining a lift at little added cost and no added calories. Boring water or unsweetened iced tea? Add fizz! Sludgy probiotics? Add fizz! As a solution it seems too good to be true, and it’s kind of paradoxical as well. After all, the epochal shift in beverages was supposed to be from carbonated soft drinks to still beverages. CSDs show no sign of breaking out of their long skid and just the other day, on Coca-Cola’s first-quarter conference call, a Wall Street analyst challenged the company on whether it’s moving fast enough to tilt the business toward noncarbs. And yet here we are, with dozens of marketers acting as though the path to future glory lies in carbonation. Wherever beverages may be going as a category, these marketers seem to have concluded, consumers really don’t want to let go their bubbles. “The world is not flat. Your tea shouldn’t be either,” goes the faux-logic of Talking Rain in introducing its new Sparkling Ice Tea subline.

It’s not as though this is coming completely out of the blue. One clue might have been the spectacular rise of the energy drink category. Many of us have viewed that segment’s distinctive contribution as its ability to deliver a functional benefit – increased energy – that consumers immediately can apprehend and thereby believe in. But, as the energy drink marketers themselves seem to have been quite aware from the start, they’re also offering a new twist on bubbly CSDs. In other words, in contrast to players in other up-and-coming segments, they haven’t asked their consumers to change their drinking preferences all that much.

So now everyone else is blitzing on bubbles. For some time, of course, such mainstays as Perrier and San Pellegrino, and their flavored variants, have been growing fast. The once-staid seltzer category has been shaken up with new and expanded entrants, from Canada Dry to Polar to Hal’s (from New York distributor Big Geyser). Bottled-water brands have been adding to or expanding their sparkling lines: Icelandic Glacial added a sparkling subline last fall, Pepsi’s Aquafina just added a flavored sparkling essence line, and Voss has lately moved its sparkling subline into a pair of culinary flavors, too. National Beverage’s La Croix line of unsweetened sparkling drinks has been enjoying explosive growth, blowing out 12-packs at prices as low as $3, prompting a response from Sparkling Ice via a new essence subline. Though non-carbonated Hint Water finally is showing signs of igniting, its Hint Fizz companion line seems to have done its share to coax new consumers into the unsweetened-water category. 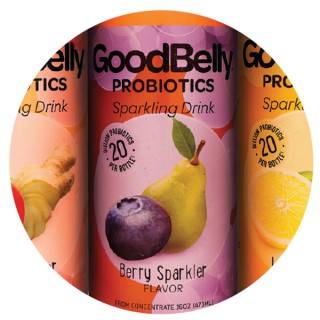 Even more interesting are all the brands coming into sparkling from less obvious places. A flock of tea brands – real teas, not Sparkling Ice! – have tried to add pizzazz that way, under brand names like Sound Tea or Motto (a matcha-based entry), and noncarbonated tea brands are starting to move in too, as Bhakti Chai just did at Expo West in March. The caffeinated water brand Avitae, after finally gravitating to flavors, just offered its first sparkling entries too. At Expo West, even the probiotic beverage marketer GoodBelly added a sparkling line. And recall that Coca-Cola a few years back even ventured an Asian-style sparkling dairy drink called Vio that I thought was actually pretty good – maybe it’s time for them to try again. The phenomenon is happening outside retail stores too, as coffee shops, including Starbucks, offer ways for visitors to carbonate their iced coffee in-house.

There are tradeoffs, of course. Going the fizz route constrains packaging options, adding complexity and some expense, and often forcing marketers to diverge from the packaging identity of their core line. Some consumers worry that carbonated beverages are bad for their teeth or bones, even though the medical evidence doesn’t support that. (It’s the sugar in CSDs that takes that toll and has given carbonation a bad rap.) For distributors, the proliferation creates conflicts among their suppliers – is Sparkling Ice Essence a rival of Polar Seltzers? Can you add a sparkling tea brand without getting a stern warning from Snapple? And what about the impact of all this CO2 on global warming? (OK, I’m kidding on that one – I think.)

Still, I’m all for the trend, as the fizz, cheap solution that it may be, offers consumers an easier glide path away from CSDs and into the healthier stuff they should be drinking more of, like bottled waters and unsweetened teas. And if this seems like a lot to write about what’s at heart a pretty simple phenomenon, I’m with you there. As a news-driven newsletter guy, I always worry about taking the lazy route of gassy pontification on slow news days. But this gas really does seem to be news. It will be fascinating to see how the winners and losers shake out in this one.