That’s the philosophy of Jaden Smith – actor, rapper, fashion designer, and budding entrepreneur. The 19-year-old son of Hollywood A-lister Will Smith, Jaden and his father have invested as co-founders in socially conscious bottled water brand JUST Water, pushing the younger son further into the spotlight as a spokesman for the brand’s sustainability efforts. BevNET caught up with the teenage star this month to talk about what it’s like to enter the beverage industry, balance an entertainment career, and why he feels a deep spiritual connection to water.

Smith was drawn to the brand because he sought a way to change the way consumers think about their everyday impact on the environment. JUST Water’s paper and aluminum packaging is 82 percent renewable, and according to Smith, he believes it poses a serious disruption to plastic packaged brands. PET plastic bottles, he said, are inviting bad karma into people’s lives. 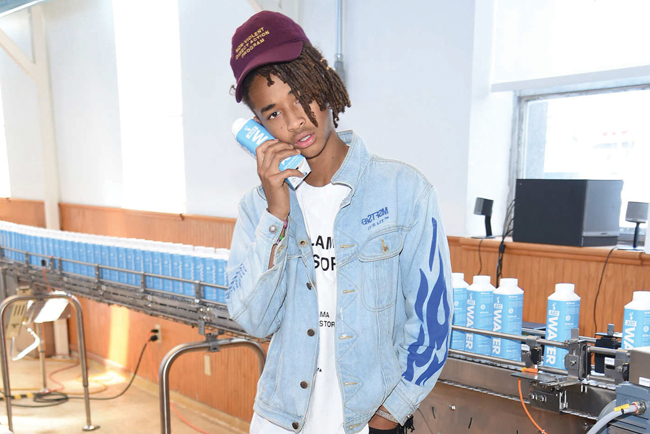 “A child, when they turn on the light in their room, one that’s extremely educated, shouldn’t have to feel bad for being responsible for that small amount of fossil fuels that were burned to create that energy,” he said. “I’m thirsty and drinking water, I shouldn’t also do something bad to the environment. So, our mission with JUST is very very clear – we’re just trying to work on whatever is going to help the environment and help us feel better about hydrating ourselves, and not have to feel bad about it.”

Jaden now wants to up the ante by collecting discarded bottles and converting them into long-lasting furniture, which can then be sold or donated. Tables made from thousands of used JUST bottles, which he calls “landfills,” have been given to schools via the JUST Build initiative. Jaden even claims that some of the drywall in his house is made of crushed cartons.

Although its difficult to run a sustainable CPG company, Jaden said JUST tries to curve its carbon footprint by using hybrid vehicles for transportation and by refusing to ship overseas.

The teenage star also talked about his love of surfing and spiritual connection to water, which helped open his eyes to the need to save the environment.

“Water creates everything. It’s the softest and the weakest thing on the Earth, and yet it will tear down anything. And it can destroy anything. And it’s the only thing that can also bring life to things. And everything here has water in it,” he said. “For me, water is such a spiritual and personal thing, especially because of surfing. How the tides and the waves interact; it’s like humans have tides as well because we’re so much water.”

In addition to JUST, Jaden is also busy with his entertainment career, preparing to release a new rap album. He also has two new feature films in production.

“I’m gonna do it all, because I can,” he said. “I can drop a song on Apple Music right now. I can drop a song tonight, I could make a movie and put it on YouTube! It’s like why wouldn’t we? Let’s just be the ultimate creators while we’re here, because sadly we’re all gonna die one day.” 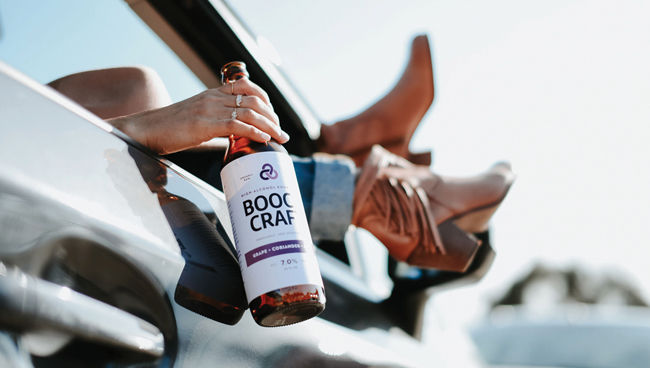 In launching San Diego-based brewery Boochcraft, Adam Hiner and his fellow co-founders made a bold choice to make their brand stand out from the crowded field: jumping from the category standard of 0.5 percent alcohol by volume (ABV) or lower to around 7 percent.

The decision has proven to be good one thus far:Boochcraft, which has been limited to distribution in retailers across California, has found early success for its “hard” line of kombuchas in Whole Foods.

Boochcraft isn’t the first startup kombucha brand to make alcohol a key focus of its offering. Yet while other brands have been around 3.2 percent ABV or less, Hiner, taking some inspiration from the Southern California craft beer scene, chose to formulate Boochcraft at 7 percent ABV, or, as he described it, as potent as possible without making the drink alcohol-forward.

“We wanted it to be enough to where you could get a buzz, but we didn’t want to make a sessionable thing where you have to drink ten of them to feel it,” Hiner said. “Being in Southern California, most people are used to going out and ordering a 7 percent ABV beer, like a standard IPA. We wanted to match that as well.”

Hiner noted that the product needs to go through craft beer distributors which are often lacking the cold chain infrastructure Boochcraft requires, an issue that will be particularly acute as the company expands outside of California. That expansion will be supported by a tenfold increase in production capacity in the coming months, as Hiner said the company has 18,000 sq. ft. of space in its current facility that will be utilized to make more product.

Founded in Hawaii in 2014, Kona Deep manufacturers a premium bottled “deep ocean” water with naturally occurring electrolytes and minerals sourced from the Pacific Ocean. The brand has is currently available primarily at retailers on the West Coast, but Turpin told BevNET that the new investment will help the brand expand to new regions in other areas of the country.

“Danone as a partner, from our standpoint, brings a lot to the table given their deep experience in the premium water set globally,” he said. “They believe as we do that there are some deep ocean water opportunities both internationally as well as in North America.”

In addition to retail expansion, the funding from Danone will go toward increasing bottling plant capacity in Hawaii. The company is also expanding its team for new markets, as well as hiring additional sales and marketing personnel. 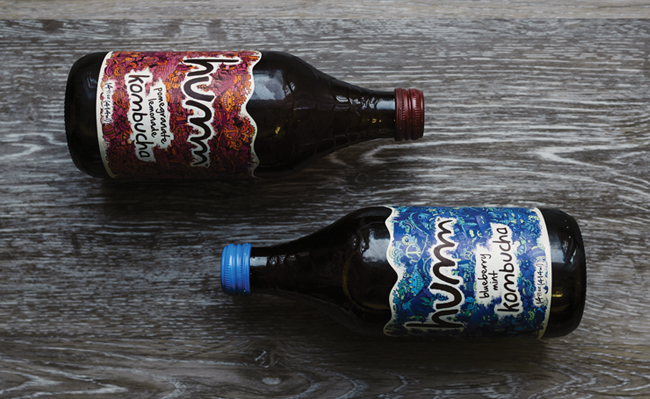 Bend, Ore.-based Humm Kombucha is preparing to build a new $10 million, 100,000 sq. ft. facility in a 440-acre industrial park in Roanoke, Va. that will be the future home of the brand’s East Coast brewery. The 12-acre site, set to begin construction in January 2018, will be roughly 3.5 times the size of Humm’s current facility and create approximately 50 jobs when it opens in 2019.

Humm co-founder Jamie Danek explained the company chose to expand in Roanoke because of the city’s cultural values and because business-friendly atmosphere. Governor Terry McAuliffe approved a $150,000 grant from the Commonwealth’s Opportunity Fund to assist the city of Roanoke with the project.

“It’s an impressive group of people and an impressive town,” said Danek. “They are so organized and have all their bases covered and really care about creating jobs and bringing industry to this area.

Under the terms of the deal, Chris Campbell, co-founder, CEO and president of Chameleon, remained in his position. Chameleon will receive financial support and access to Nestlé’s production and distribution networks as well as industry data that will help facilitate the brand’s growth nationwide.

Founded in 2010, Chameleon has quickly grown to become one of the top cold brew coffee brands in the U.S., with its concentrate and ready-to-drink coffee lines finding success in the natural and speciality channels via retailers such as Whole Foods. The company reports it sold more than four million bottles in 2016 and has already topped that number for 2017, with placement in more than 10,000 retailers nationwide. 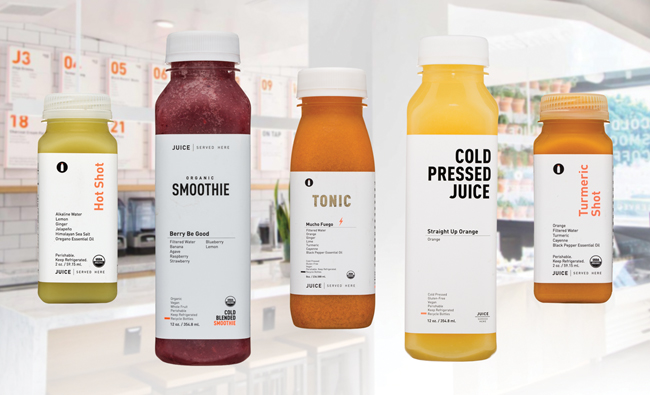 “I am of so proud of what JSH has achieved in just 4 short years,” Matthews wrote. “The beverage industry is exhilarating, challenging, and fascinating. We have loved being part of it. However, the beverage industry is also changing. Change is the one constant you can rely on and the one thing that must be embraced. It is with sorrow but, having embraced change, also with confidence and optimism, that I am announcing the closure of JSH.”

Juice Served Here started from a single raw juice shop in Los Angeles and grew into a robust retail and wholesale operation with a total of 13 locations at its peak in 2015. That included direct-to-consumer e-commerce sales and a presence in retailers including Whole Foods and Sprouts. In addition to cold-pressed 100 percent juices, juice cleanses and juice blends, the brand also marketed a variety of smoothies, tonics, lemonades and 2 oz. single serving juice shots.

Nestlé Waters North America in December announced the sale of ready-to-drink iced tea brands Tradewinds Tea and Sweet Leaf Tea Company to Dunn’s River Brands, a portfolio company of private equity firm Fireman Capital Partners based in Texas. Financial details of the deal, expected to close by the end of the year, were not disclosed.

This is the first acquisition for Texas-based Dunn’s River Brands, which was founded by industry veterans Kevin McClafferty, Lee Brody and Ian Knowles. McClafferty – who serves as President and CEO – said more brands will be added to the portfolio in the near future.

“We absolutely believe in the legacy and the quality that Tradewinds and Sweet Leaf bring to the marketplace, so it was very attractive to have the opportunity to get to know these brands better and they fit with the mission and charter of what we hope to accomplish,” said Brody, who serves as CMO.

Sweet Leaf Tea Company, founded in 1998, acquired Tradewinds Beverage Co. in 2010. In 2011, it was acquired by Nestlé Waters North America, following a $15.6 million investment from the company two years prior.

In a press release, Nestlé Waters North America president and CEO Fernando Mercé said the company opted to sell Sweet Leaf and Tradewinds as part of an ongoing strategy to focus on strengthening its core brands. The sales leaves Nestea as the company’s only ready-to-drink tea line.