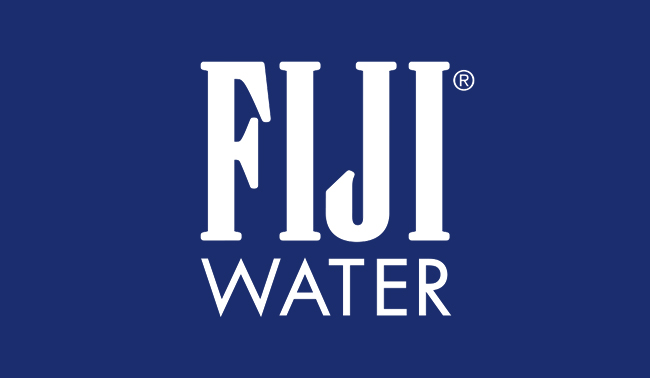 “Badges?” goes the iconic line from Treasure of the Sierra Madre. “We don’t need no stinking badges!” In my more prosaic world, where the gold prospecting is metaphoric, I often hear a similar sentiment – sometimes voiced with the same sneering tone – in conversations about beverage distribution. Who needs DSD, that margin-snatching, overpromising, underperforming, billback-generating scam? We don’t need no stinking DSD!

The reasoning goes something like this: Unless you’re a Lance Collins or Mike Repole, mega-successes for whom financing apparently grows on trees, who can spare the precious dollars to support these so-called direct-store distributors, the Snapple and beer houses that want to claim a 30% or 40% margin and make endless demands for feet on the street and hefty promotional budgets? It’s a hefty price to pay, the reasoning goes, for a couple more deliveries per week and having your brand protected on the shelf. Like I said, the topic comes up frequently among brand owners looking to map the most efficient route to retail while preserving enough margin to keep their price point approachable and fund the marketing programs to build consumer awareness. While I don’t think DSD is anywhere close to perfect, I believe these arguments are flawed. If I don’t have time for a point by point rebuttal, I may note simply that no shelf-stable beverage has ever truly broken out without the use of DSD. Or observe sagely that DSD is like democracy: it can be sloppy and inefficient, but nobody’s found a better way. (Our current president seems to think he’s found a better way, but I’m betting he’s going to find out he’s wrong. I’m referring here to democracy, not DSD beverage distribution – though the negligibly selling Trump Natural Spring Water actually might benefit from using DSD.)

To be sure, DSD is not what it used to be for comprehensive geographic coverage, and it seems possible to attain breakout success without necessarily using DSD to cover your needs in every channel – adopting so-called hybrid distribution, which has graduated from being a point of hysteria in DSD negotiations to merely being a point of contention. Still, I can’t tell you how often I’ve heard laments from brand owners that, after cracking a major large-format retailer like Target without DSD support, they found their products only sporadically making it to the shelves, velocities sputtering out and discontinuation following, before the brand really had a chance to sink or swim on its own merits.

So I’m always interested to witness the outcome of bold non-DSD experiments as a gauge of whether the system still has utility. Some years back in L.A., for instance, 7-Eleven decided to ban Coke, Pepsi, Bud, Miller and Red Bull trucks from making deliveries in the interest of easing clutter in the stores’ parking lots. The ensuing outcry from franchisees who relied on the free labor of distributors to keep their shelves well–merchandised soon enough put an end to that undertaking.

Now we have a new, even bolder such experiment, this time on a national scale. That involves the recent move – stunning to some – that The Wonderful Company just made in pulling its Fiji Water brand out of Dr Pepper Snapple Group’s DSD system upon its acquisition by Keurig Green Mountain and its switch to – well, basically nobody. Though the company surely was deluged with grade-A DSD houses offering to pick up the brand post-DPS, Wonderful seems to have turned most of them down in order to go direct. Wonderful has “taken the middleman out,” as Fiji president Elizabeth Stephenson enthused to BevNET at the recent NACS convenience store show. That meant not just DPS’ captive bottling system – which handled over 20 million cases of annual shipments – but also the aligned independent houses that often are formidable players in their own right, including the likes of Kalil, Honickman, Polar and Columbia. (In fairness, Fiji didn’t move directly to exit these houses, but it apparently took away so many large-drop accounts in quick succession that there was little reason for those houses to stick with the brand.)

In her BevNET interview, Stephenson promised, “We can take all that creativity and bring it right back to Fiji Water, which we really couldn’t do with our traditional distribution network…. One of the really great things we have is 200-plus merchandisers out there every day building displays, partnering with retailers.” The plan apparently calls for Fiji to ride some of the distribution established for its sibling Wonderful brands POM and Halo. For their part, distributors, rivals and quite a few neutral observers think that will be a quixotic endeavor for a brand that thrives in such a wide variety of retail accounts, from fancy restaurants to instant-consumption cold boxes. Despite what the Wonderful exec claimed to be a relatively seamless transition, the scanner numbers already seem to be down in some markets. So this will be an experiment very much worth observing.

How do I think things will play out? I’m guessing not well for Fiji, though if things slip badly enough for Wonderful Co. to consider a do-over, Fiji may be an attractive enough brand to still find doors open to it at other DSD systems, whether Coca-Cola, MillerCoors or even Red Bull.

Meanwhile, a neat bit of symmetry to this experiment in DSD repudiation is unfolding at the merged DPS/KGM, now operating as Keurig Dr Pepper. KDP has sought to fill the Fiji Water void by picking up Danone’s Evian brand, which has been much tarnished over the past couple of decades, starting with its own wavering commitment to DSD and then, reversing stance, its recommitment to DSD in the form of a partner that turned out to be wrong for the brand, Coca-Cola. Since splitting with Coke, Evian has been wandering in the wilderness, distribution-wise, but the tumult at KDP has brought the brand its own chance at a DSD do-over. The hurdles to Evian’s regaining its former hegemony are daunting enough that, were the brand to start to close the growth gap against Fiji, it might prove a pretty good vindication of DSD. So let the grand experiment begin! We may find out soon enough whether or not DSD stinks.