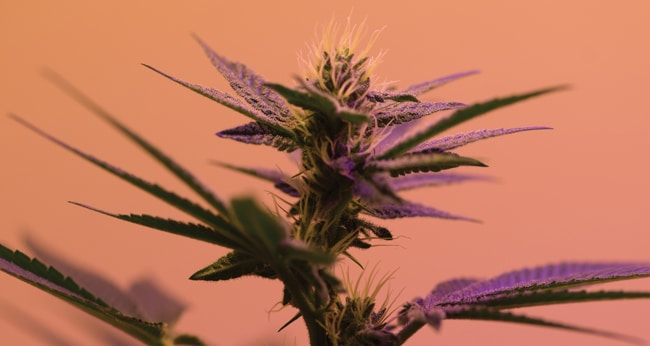 The first decision that beverage brands have to make is one of the most critical: go for full/broad spectrum CBD or isolate?

On a chemical level, the difference is simple. An isolate extract is typically 97% or more pure CBD. Full or broad spectrum CBD refers to extracts that also contain various other cannabinoids, flavonoids and terpenes in different amounts, which promotes an “entourage effect” in which they interact with each other in ways that produce additional benefits compared to ingesting CBD alone. These extractions can contain THC; federal regulations allow for the legal sale of industrial hemp-derived products that contain less than 0.3% THC, though rules may vary by state.

Here’s where things get complicated: though broad spectrum extracts include other cannabinoids besides CBD and THC, which and how many of those cannabinoids are in each batch is not consistent from one extraction to the next. And even if it was, not enough research exists to draw meaningful conclusions about the over 100 other cannabinoids that scientists have discovered in the cannabis plant so far. As such, full/broad spectrum can be a somewhat deceptive description.

“‘Full’ or ‘broad spectrum’ is a misnomer,” said Justin Singer, CEO of Stillwater. Under the CALIPER SC trademark, his company markets a suite of water soluble CBD products in both isolate and broad spectrum varieties. However, without a more robust body of evidence on how cannabinoids interact, he said he recommends clients use isolate.

“No matter what, you are cutting out parts of the plant while you are trying to get down to the cannabinoids and the active content,” he said. ”The way you address that issue, which does need more research, is by mixing certain cannabinoids and terpenes together in a set ratio, which is different from just extracting willy-nilly from the plant and getting an inconsistent profile. ‘Entourage effect’ is a broad term — what ratios exactly are you talking about? Nobody can answer that.”

As such, for the purposes of making beverages, however, using full/broad spectrum or an isolate is more of a legal and marketing question. In terms of efficacy, there is no evidence to show that isolate is definitively superior in delivering CBD to a full/broad spectrum extract. Instead, the decision requires weighing risks on either side of the equation.

For many, the choice is to err on the side of caution. Skyler Bissell, CEO of Seattle-based OLEO, makers of a flavorless water soluble CBD powder, told BevNET that the brand chose to use isolate in its mixes because it was “the most legal and acceptable product for a demographic that may not wish to consume THC.” That group, he said, is demanding THC-free products that won’t run the risk of triggering a positive drug test. CBD isolate is the only form of CBD approved by the World Anti-Doping Agency (WADA) . In March, the World Health Organization (WHO) recommended changing international drug control conventions to remove pure CBD and CBD preparations containing less than 0.2% THC .

“If you are a serious athlete or a blue collar working facing a drug test, you may be uncomfortable consuming something not approved by those bodies,” he said. “The only way for us to guarantee a THC-free product at this time is to use a CBD isolate.”

“If you don’t advertise the word CBD and say ‘broad spectrum hemp extract,’ you have safe harbor from the FDA,” he said. “But you also won’t get the consumer awareness or the premium price (from using ‘CBD.’ Most people who come to us know they want (their product) to contain CBD and they want to market it as containing CBD.”

Any debate over full/broad spectrum may be soon be moot, though.

Just as a reminder, the FDA’s current position does not allow the use of ingredients in food or dietary supplements that have been previously investigated and approved as drugs — in this case being Epidiolex, a cannabis-derived CBD isolate-based treatment for pediatric epilepsy that was approved in June 28 . Thus far, the agency has been reluctant to back that up with strong enforcement; in Senate testimony, outgoing commissioner Scott Gottlieb said the FDA is focusing its attention mainly on CBD products making unsupported health claims.

In the meantime, the FDA is holding public hearings on CBD in May while advocating for a legislative solution to specifically address CBD food policy. That law will likely cement CBD isolate as a drug and allow for full/broad spectrum CBD to be used in foods and dietary supplements. Gottleib has said that “high concentration, pure formulation” CBD products may be considered as pharmaceutical, and at lower concentrations as a food or dietary supplement. That means that any beverage brand currently using hemp-derived CBD isolate may be forced to switch, a change to which Gottlieb has alluded.

“I think you need to come up with a framework that defines concentration levels, where you would create some kind of cut off, and that would be up to the agency to do,” the commissioner told a Senate subcommittee earlier this year.

Now that the market has begun to take off, the beverage space is flush with new hemp and CBD ingredient suppliers eager to work with innovative brands in the category. That means drink makers looking for partners are spoiled for choice, and also that suppliers must do more to rise above the noise.

Canadian company Sproutly is an example of this new approach. The company has developed a passive, natural process to extract a water soluble cannabis solution directly from the plant. The result is a concentrate product that doesn’t require CO2 extraction, emulsifiers or nano encapsulation, and that can be instantly added to any type of liquid.

“We don’t need to go through all these additional formulation steps to make sure the molecule will suspend evenly within the beverage,” said Sproutly CEO Keith Dolo. “It’s not a free oil, so it doesn’t have to be broken down in the body and is digested in about five minutes.”

Besides making its solution easier to formulate, Sproutly’s process also creates the same halo effect as seen in other “clean label” products.

“It should be viewed as a more natural product,” Dolo said. “No mainstream beverage uses an emulsifier because you don’t want to put additional harsh chemicals in a drink. Naturally this will command a higher margin.”

As hemp-CBD ingredient suppliers get better, the goalposts for innovation continue to move. Having maximized water solubility and bioavailability of CBD, manufacturers are now looking ahead to developing products with a longer shelf life and faster onset time, and that feature cannabinoids outside of THC and CBD.

To showcase what their ingredients can do, many hemp-CBD brands have launched their own branded products divisions while continuing to seek long-term strategic partners. OLEO sells its powdered drink mixes in a variety of flavors, while Stillwater has created distinct brands for its flavorless single-serve 10 mg THC powders (RIPPLE) and its CBD counterpart (CALIPER SC).

“We initially started the line of drink mixes as a way to essentially promote that form factor in the market, because we think its an amazing one, but beyond that the powder can be used in liquid beverages, dried bars, and any kind of supplement,” Bissell said.

Yet the category’s long term prospects will likely hinge not on the success of these brands, but the success of those brands with which hemp-CBD suppliers secure agreements. Their collective ability to work with and guide these partners through the new world of cannabis and hemp will help determine if the market can reach the lofty heights that analysts project.

“Our special sauce is understanding the needs of manufacturers from a food and beverage perspective,” Singer said of his company’s outlook. “We are taking a supply chain that is inherently variant and difficult to work with and extracting all those difficulties.”