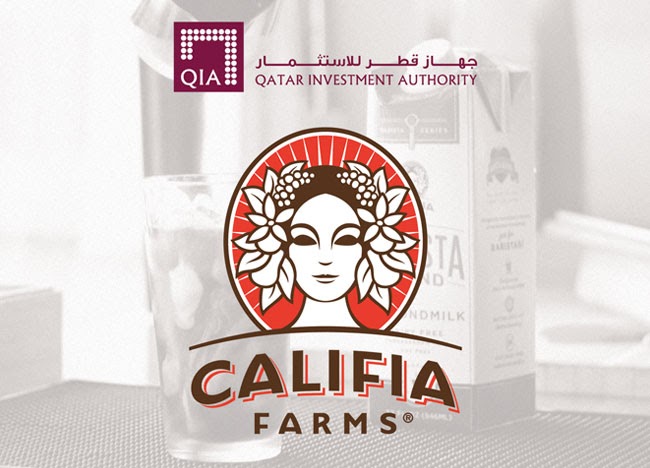 An additional group of international investment groups — including Singapore-based Temasek, Canada-based Claridge and Hong Kong-based Green Monday Ventures — also participated in the round, as did an undisclosed “Latin America based family with significant interests in coffee and consumer products,” according to a press release. Representatives from QIA, Temasek and Claridge have received seats on Califia’s board of directors.

Califia founder Greg Steltenpohl told BevNET this round of capital was “clearly facing the future” and aimed at “giving the war chest for tackling what’s to come” in a more competitive, global plant-based category. In contrast, the company’s previous $50 million raise in 2018 was a “catch-up round” aimed at helping it recover from production and expansion challenges, he said.

Steltenpohl said Califia’s connection with QIA, the sovereign wealth fund for the State of Qatar, came as he and CFO Sandeep Patel were seeking long-term growth partners for the company. The fund, which controls assets valued at over $330 billion, has shifted its strategy in recent years from supporting funds to direct investment in companies.

Steltenpohl added that bringing in foreign investors was part of Califia’s international growth strategy, but also a recognition that plant-based diets are a global trend that will continue to grow as a new generation of consumers comes of age. Each one of the new investors, he said, brings a deep understanding of their respective regional markets, a critical strategic asset as Califia seeks to compete with major multinational conglomerates that have stepped up their interests in plant-based foods, such as Danone.

On January 5, Dallas-based Borden Dairy Co., at one point the world’s largest dairy producer, filed for Chapter 11 bankruptcy protection in U.S. Bankruptcy Court for the District of Delaware. The company, which employs approximately 3,264 full and part-time workers, has estimated liabilities of between $100 million and $500 million, according to the filing.

In a press release, Borden said it plans to “continue operating in the ordinary course of business, under the court’s supervision.”

In an affidavit, Borden CFO Jason Monaco painted a grim picture of decline across the dairy industry; despite yogurt and cheese enjoying a rise in popularity, Americans simply aren’t drinking as much cow’s milk as they used to. Aggregate consumption of dairy milk has fallen 6% since 2015, with more than 2,000 dairy farms going out of business in the past 16 months alone.

Beyond competition from dairy free milk alternatives, Monaco cited the growth of discount grocery retailers for sharpening competition and squeezing margins. As a major milk supplier, Monaco said, Borden has one of the most extensive DSD operations in the country, with drivers making approximately 54,000 service calls to customers each week. The rising cost of raw milk — up 27% since January 2019 — and the shift towards private label from major retailers also negatively affected the company, Monaco stated.

Borden’s immediate objective, Monaco said, is to “maintain a business-as-usual atmosphere during the early stages” of bankruptcy in order to minimize any loss of value.

Oatly Kicks Off 2020 With Starbucks Partnership

Aiming to triple its distribution and open up West Coast production, oat milk maker Oatly announced in January that it has partnered with Starbucks to serve as the coffee retailer’s on-premise oat milk supplier for a test run in 1,300 Midwest cafes.

Starbucks is expanding its plant-based milk offerings with the roll out of oat milk to participating stores in Illinois, Indiana, Iowa, Michigan, Minnesota, Missouri and Wisconsin. Speaking with BevNET, Oatly U.S. general manager Mike Messersmith said that the Swedish import brand will serve as the core supplier of oat milk products for Starbucks with its barista blend variety.

According to Messersmith, the partnership serves as validation of oat milk’s credentials as a long-term subcategory in the plant-based milk space. He noted that the mainstream reach of Starbucks will help drive trial and draw new consumers into the space, and that the partnership could expand in the future.

The Starbucks partnership comes as Oatly aims to “double or triple” its retail distribution in 2020 in an effort to catch up with competitors that quickly outpaced Oatly during the brand’s out-of-stock crisis in 2018 and early 2019. According to Messersmith, Oatly is currently in about 5,000 retail stores nationwide, including Wegmans, Whole Foods and Shop Rite. In addition to oat milks, the brand is aiming to grow its oat milk-based ice cream alternative Frozen Dessert line, introduced last summer. Messersmith said the company hopes to take advantage of category resets in the spring to open new accounts.

Through a long-term licensing agreement, Dyla Brands, the parent company of Stur and FORTO Coffee, has been overseeing marketing, manufacturing and sales for Keurig Dr Pepper’s (KDP) liquid concentrate and powdered mix products since late 2019.

Neel Premkumar, CEO and founder of Dyla Brands, told BevNET the agreement with KDP has been in effect for several months, but he was not authorized to speak publicly about the deal until after January 1. The two parties began discussing a potential partnership for the business during an annual planning session about how to grow the business overall; KDP has been a minority investor in Dyla since 2018 and distributes FORTO and Stur through its allied brands portfolio.

The end result has brought KDP’s 20-year-old, $100 million liquid concentrate and powdered mix business — which includes products from Snapple, Hawaiian Punch, Canada Dry, 7Up, Crush, A&W and RC Cola — under the Dyla banner. KDP will retain control of the brand names and trademarks.

Premkumar said Dyla had quietly spent much of 2019 preparing to take over operations for KDP’s liquid concentrates and powdered mixes. The company invested “several million” dollars in manufacturing upgrades to boost capacity at its partner facility, which has been producing KDP products for the last six months, and will be hiring additional sales staff to sell those lines into national accounts. Those brands have been integrated alongside FORTO and Stur; under Dyla’s structure, “the same people are working on everything,” he said.

The products themselves have also been overhauled, with all 60 SKUs across all seven brands receiving upgrades in formulation and packaging. Snapple and 7Up will be available as liquid enhancers for the first time ever, and RC Cola for the first time as a powder mix. The powders will be available in 6-count and 8-count boxes, while the liquid concentrates will be sold in 14-serving and 24-serving sizes. 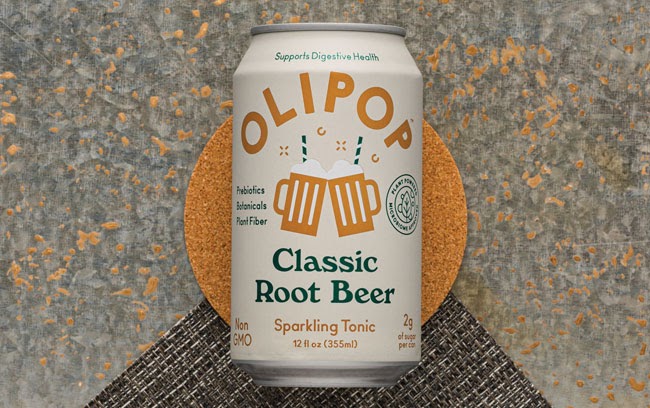 California-based prebiotic beverage maker Olipop has raised $10 million in a Series A funding round, the company announced in January.

“The timing of this Series A coincides with our completion of a foothold on the West Coast,” a company spokesperson told BevNET in an email. “We wanted to test out our ability to scale and know that we can, this year. The new funding will support that. We think that OLIPOP can become a leader in natural soda, as much as a leader in next generation digestive health.”

Founded in 2018 by president David Lester and CEO and head of formulation Ben Goodwin, Olipop produces a line of low sugar, prebiotic tonics which aims to provide a better-for-you alternative to CSDs in flavors like Strawberry Vanilla, Cinnamon Cola, Ginger Lemon and Classic Root Beer, the latter of which launched last month.

In 2020, the brand is focusing on expanding its retail footprint on the East and West Coasts, projecting to be in over 1,800 doors by the summer, the spokesperson said. The brand has partnered with distributors including UNFI, KeHE and LA Distributing Co. and is available in retailers including Whole Foods, Erewhon, Bristol Farms, Lasens, Jimbo’s, Lazy Acres, QFC and Fred Meyer. Earlier this month, Olipop launched in Wegmans and the brand will roll out to Sprouts locations in May.

Sweet Leaf and Tradewinds will be integrated into San Francisco-based Purity Organic’s portfolio of shelf-stable beverages, which includes coconut water, juice and flavored sparkling water. The deal marks the third ownership change for the two companies in less than a decade.

Sweet Leaf, founded in 1998 by Clayton Christopher and David Smith, offers a range of sweetened and unsweetened teas primarily sold in 16 oz. single-serve PET bottles. Meanwhile, Tradewinds is a non-organic brand available mainly in 64 oz. jugs in the Great Lakes region. Two years after taking a 35% stake in the brand for $15.6 million in 2009, Nestle Waters acquired Sweet Leaf in full in 2011. The company was sold, along with Tradewinds, to Dunn’s River Brands for an undisclosed fee in 2017.

The deal is the first for Purity Organic under the leadership of new CEO Mary Page Platerink, a former Coca-Cola director and the former CEO and founder of functional shot brand First Aid Shot Therapy (F.A.S.T.).