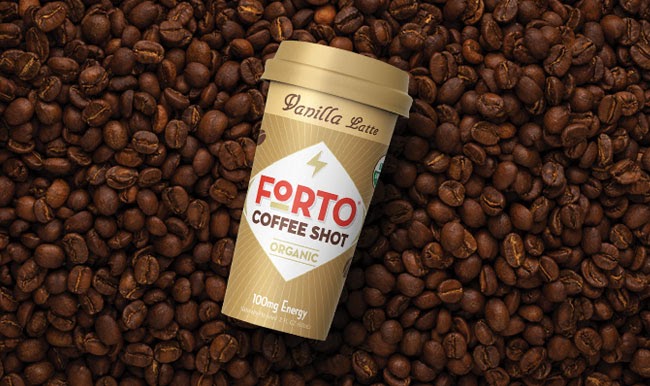 For the major U.S. beverage brands, coffee is one of the centerpieces of their respective strategic growth plans. From cold brew colas to energy-based brews, here’s a rundown on how Coca-Cola, Pepsi/Starbucks and Keurig Dr Pepper are assembling their coffee portfolios.

Despite Coca-Cola’s wide array of coffee products, the soda giant hasn’t yet found a true home for the category within its portfolio. But there are signs that may be changing.

Much of the speculation around Coke’s coffee strategy is how its $5.1 billion acquisition of Costa Coffee in 2018 fits into the equation. This summer, Coke introduced a three-SKU line of ready-to-drink iced coffees under the Costa trademark in the U.K. But, much as it has with the launch of Coca-Cola Energy in January, the soda giant is also hoping to bring a foreign-exclusive brand into the States with Coca-Cola With Coffee. Available in three flavors in 12 oz. cans, the line is expected to make its U.S. debut this spring.

In the meantime, Coke is going deeper with some of its existing brands. The company’s cold brew portfolio has splintered: in the grab-and-go segment, Far Coast has been sidelined, and instead Dunkin’ Donuts was used for the introduction of shelf-stable cold brew in 9 oz. aluminum bottles in October. Coke is also using Honest to go after premium cold brew — the Honest product is organic and Free Trade certified and packaged in glass bottles — with a new line that debuted in on-premise locations on the West Coast in September. Sales of Dunkin’ iced coffees fell slightly by 4.6% to $151.9 million last year.

Meanwhile, sales of Coke’s McCafe brand line of coffee frappes fell 34.4% to $20.5 million. But Monster’s Java line, which is distributed through Coke’s nationwide bottling network, is among the category’s highest performers, growing 8.6% to over $503 million in dollar sales, according to IRI.

Even the January acquisition of dairy brand Fairlife has implications for the coffee category: Coke used the brand to enter the rapidly expanding creamer segment with a four-SKU line the same month.

If you needed further confirmation of the strength of the RTD coffee market, consider this: it’s enough to make Pepsi take another crack at coffee soda. In December, the company announced the launch of Pepsi Cafe, a blend of Arabica coffee and original Pepsi cola that will arrive at retailers nationwide in April in Original and Vanilla flavors, featuring nearly twice as much caffeine as regular Pepsi.

Yet that product, along with several of the new innovations under Pepsi’s Starbucks partnership, indicates the company is still building mainly on the foundations of indulgence and energy; Starbucks Tripleshot Energy now has an Extra Strength Dark Roast SKU (225 mg caffeine) in 15 oz. cans, while Frappuccino has added a Brown Butter Caramel flavor. The introduction of a nitrogen-infused Starbucks cold brew in 9.6 oz. cans, previewed at NACS, represents more on-trend innovation.

For Starbucks, 2020 was also about filling out a few of the areas in which it had yet to dabble: through its CPG partnership with Nestle, it introduced a two-SKU line of cold brew concentrates (in both multi-serve and single-serving packages) and a three-SKU line of coffee creamers in 28 oz. carafes. The cafe chain also partnered with Oatly to use the brand as its on-premise oat milk supplier for a test run of 1,300 Midwest stores.

Coffee has always been a foundational piece of Keurig Dr Pepper (KDP), and the company is well positioned to continue growing deep into the segment.

In shelf-stable coffee, High Brew, FORTO and Peet’s continue to grow in different directions. The latter is positioned to battle with Starbucks for a share of the convenience store cooler, offering indulgent lines such as the new Blended Coffee, which debuted at last year’s NACS trade show. KDP underlined its commitment to building Peet’s as a shelf-stable brand in its decision to suspend its regional cold chain distribution network, Coldcraft, in October. Peet’s shelf-stable iced coffees grew 435% last year to over $10.5 million, according to IRI.

Meanwhile, FORTO, now sold in over 50,000 retailers, continues to make strides in both its original shot format and its 11 oz. full-sized product. The brand enjoyed another solid year: dollar sales grew 102.6% to over $14.7 million year-over-year through December, and it welcomed former NBA superstar Shaquille O’Neal as a new investor and brand ambassador in June. Perhaps most importantly, the relationship between KDP and FORTO’s parent company, Dyla Brands, appears to be as strong as ever. KDP led a $20 million funding round in Dyla in March, and followed that up by assigning Dyla responsibility for its $100 million-plus powdered mix and liquid concentrate business.

For High Brew, the past year yielded mixed results. The brand added singers Halsey and Shakira to its roster of celebrity investors in July, launched a new ad campaign and introduced a line of plant-based lattes made with coconut and cashew milk at Expo West 2019. However, year-over-year dollar sales fell 24% to $15.3 million, according to IRI.