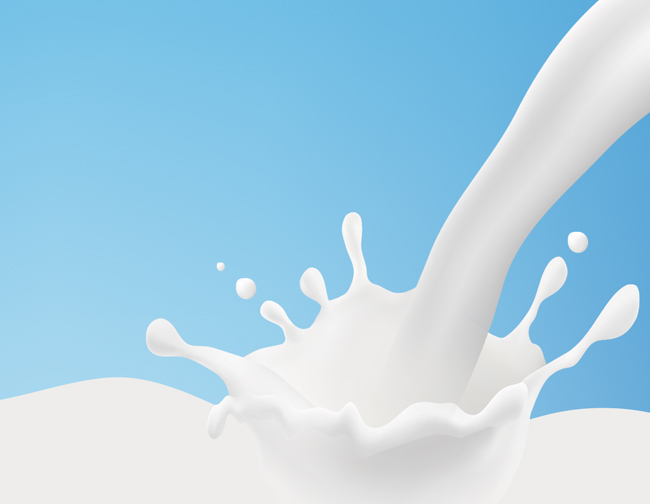 For conventional dairy and plant-based milks, there’s a bit of a “best of times, worst of times” going on in 2020.

To be fair, the divergent fortunes of the dairy and non-dairy fluid milk categories has been one of the major stories in the beverage industry for about a decade, and that trajectory hasn’t changed too much as of late. Enjoying tailwinds from shifts in nutritional preferences and environmental sustainability, the global plant-based milk market is projected to exceed $21 billion by 2024, growing at a rate of over 10% annually.

In contrast, dairy appears to be in free fall with the bottom nowhere in sight. Americans are simply drinking less milk than they used to: Dairy Farmers of America reported a $1 billion drop in net sales for 2019, while a Statista analysis of data from the USDA indicates that per capita fluid milk consumption is down nearly 100 pounds since 1975 through 2017, even as demand for products like butter, sour cream and cheese continues to grow.

As it has across all sectors of business, the COVID-19 pandemic has accelerated existing trends in dairy and non-dairy while also shaping new types of consumption behaviors and shopping habits. For plant-based milks, the fight for dollar share in a rapidly expanding and competitive set has fueled innovation and pushed the category into new areas of the store, particularly in supermarkets. Meanwhile, conventional dairy producers are doubling-down on pockets of growth within the space — such as ultra-filtered milk and creamers — in an attempt to reverse years of decline.

Despite its troubling decline, conventional dairy milk remains a staple product for most Americans and families in particular. And during the early months of the pandemic in the U.S., that notion proved true as sales remained steady.

Yet the long-term outlook for the space is harsh: U.S. milk consumption continues to fall, and global prices have been driven down as supply outweighs demand, forcing some producers to dump products. The decline in the number of licensed dairy herds continues to accelerate, going from down 6.8% in 2018 to down 8.8% in 2019, the latter figure representing a loss of 3,281 farms, according to data from the USDA Economic Service. The number of households that use certified organic milk had been on the rise, hitting 13% as of 2018, but growth there has since stalled in that segment, one of the long-term effects of several large scale conventional dairy operators transitioning to organic production in the mid 2010s, pushing prices down and squeezing small organic farmers who had themselves made the switch in search of new revenue streams.

With millions of dollars and jobs at stake, and traditional giants Dean Foods and Borden Dairy having already filed for bankruptcy, the conventional milk industry is responding to this existential threat by pushing forward with new innovations and approaches.

Plant-based products may be taking the spotlight, but there are some indications that consumers are responding to innovations in traditional dairy as well. Within the organic category, grass-fed milk, championed by advocates as a more nutritious and eco-friendly, continues to be a small but growing sector of the market, with sales of grass-fed dairy products surpassing $100 million in 2018. Organic Valley, Horizon Organic and Maple Hill Creamery have all staked a claim to the segment, though the latter is the only one working exclusively in the grass-fed space with over 150 partner farms in New York State. Elsewhere, the New Zealand-based A2 Company, which markets dairy milk without the A1 protein that can

cause digestive discomfort for some, reported a 91% increase in U.S. revenue to around $43 million, according to an annual financial earnings report issued in August. The brand is sold in around 200,000 stores nationwide.

The ultra-filtered milk category has also generated consistent growth for conventional dairy; as confirmation of that fact, earlier this year Coca-Cola moved to fully acquire Illinois-based cooperative Fairlife, a pioneer in the ultra-filtered milk space who’s platform also includes smoothies, protein shakes and creamer products. Fairlife’s products, which are made from milk concentrate that has been filtered to be lactose free and to contain more protein and less sugar than conventional milk, generated over $500 million in retail sales last year according to Nielsen data, and the company is set to add production capacity upon completion of its third facility in Goodyear, Arizona. In an indication of how Coke views the brand’s potential, Fairlife extended beyond liquid beverage formats with the introduction of a six-SKU line of light ice cream (made in partnership with Boardwalk Frozen Treats) in July.

That kind of return has caused other producers to take notice. Both Organic Valley and Horizon Organic have introduced their own ultra-filtered and DHA Omega-3 enhanced lines, while Seattle-based Darigold, the marketing and processing arm of Northwest Dairy Association, announced in April a $67 million investment in expansions and upgrades specifically aimed at supporting aseptic ultra-filtered milk production at its Boise, Idaho facility. According to Darigold senior VP of consumer products Duane Naluai, the ultra-filtered segment has sourced over half of its incremental volume from non-fluid milk beverages. But rather than targeting the refrigerated case, Naluai said the producer is going aseptic to emphasize portability and price, while using the extended shelf life as a way to reduce the risk of retailers taking on innovations that don’t catch on.

“What’s really important is that this is an investment in future technology for dairy that really allows us to compete even better with macro beverages,” he told BevNET.

Yet in a sign of the pressure which producers now find themselves under, the Dairy Farmers of America is set to expand its interests with the expansion of its “Dairy+” line of traditional and plant-based milk blends. The hybrid products — available in four “Dairy + Almond” flavors and one “Dairy + Oat” variety — are aimed at flexitarian consumers looking for a balance of taste, mouthfeel and nutrition. After testing the product at Minneapolis-area retailers over the past year, Dairy+ is expected to hit shelves at grocery chains including Stop & Shop and Giant in the Northeast over the coming months.

As the COVID-19 outbreak spread in early spring, images of barren store shelves and rumors of widespread toilet paper shortages seemed to dominate the media landscape. Yet according to the sales data, what consumers were really looking for was oat milk.

To put that demand into perspective, oat milk saw the biggest dollar sales increase out of any food or beverage product during the 31-week period ending October 3, according to Nielsen data. Though almond milk retains the top spot, oat continues to be a growth driver in the non-dairy space and this year displaced soy as the second most popular type of plant-based milk. According to Global Market Insights, the global oat milk market is projected to expand at over 10.2% CAGR through 2026 (over 9.5% CAGR in North America), with balanced growth coming from flavored and organic options. At just over $250 million currently, the market is projected to hit over $500 million by 2026.

In a signal that the momentum behind oat milk is set to continue, this year has seen the category’s big players take on triple-digit investments from private equity as they gear up for the fight ahead. After Califia raised $225 million in January, Oatly secured $200 million in new financing this summer in a round led by Blackstone Growth, as well as Oprah Winfrey and former Starbucks CEO Howard Schultz. In recognition of the soaring demand, that funding is helping Oatly to shore up its North American operations with the coming addition of a third U.S. production facility. But for a unique and allergen-sensitive product such as oat milk, the increase in specialized production capacity amongst a handful of well-capitalized companies — including Chobani and Silk — looks likely to increase in importance.

The ascension of oat milk has helped validate the idea of a plant-based milk set with a wide variety of source types, and encouraged innovative brands and startups to try and carve out their own niches in the space. But as more seeds and nuts begin appearing on milk cartons, the true size of the market opportunity for more exotic ingredients is still unclear.

Though still lagging far behind almond, oat and soy, by building stories and products around other types of plant-based milk sources, new brands have been able to make a splash in the category. At the request of the retailer, pili nut-based non-dairy yogurt maker Lavva introduced a two-SKU milk line, as well as a creamer, exclusively at Whole Foods in September. Earlier this summer, Anheuser-Busch-backed startup Take Two — previously known as Canvas — reintroduced its four-flavor family of barley milk products, with more beverage items set to follow.

As brands look for new plant sources that can meet consumers’ various nutritional, environmental and taste demands, the future of non-dairy milk may not be found in a field or on a tree but rather in a lab. Though the company said it has no immediate plans to release a product, in October, plant-based CPG giant Impossible Foods revealed that it had produced a prototype of an “Impossible Milk” with a creamy texture and that doesn’t curdle in hot drinks. A few weeks later, Chilean company NotCo, of which Amazon founder and CEO Jeff Bezos is an investor, launched a line of plant-based milks in Whole Foods stores nationwide. The tech-driven brand created the product by replacing the animal proteins in milk with their most-similar plant-based alternative; the resulting whole and 2% fat milks are made from ingredients including chicory, coconut, peas, and more.

Yet the challenge of scaling a brand around a single ingredient play is one that is yet to be solved, with some notable exceptions in Oatly and pea-based Ripple. As a result, the impetus has been strong even for younger brands to widen their plant-based milk portfolios, with creamers being the most obvious next route. According to an analysis of Nielsen data by the Wall Street Journal, sales of plant-based creamers increased 30% in 2019, outpacing overall creamer growth. The variety of innovative products — from Nutpods’ family of non-dairy creamers to powdered products from Laird Superfood to functional entrants from Super Coffee and Picnik — reflects the ample white space still available in a $1.73 billion global category.

But plant-based milks are also finding another kind of white space by moving into shelf-stable versions, a move that opens up both ambient shelves at retail and e-commerce opportunities. Last month, Texas-based Mooala, which entered the market as a refrigerated banana milk but has since expanded into almond and oat milks, as well as plant-based creamers, introduced its complete line in new shelf-stable cartons.

“During COVID it has been interesting to look at how shelf-stable and refrigerated have switched back and forth,” said Jeff Crumpton, Manager of Retail Products at market research group SPINS, during a recent virtual panel hosted by BevNET. “If you think about people going into stores and making decisions about long-term pantry stocking — you see where shelf-stable milk or creamers really shine. But when you flip outside of that panic buying, normal consumption rates, you see that immediately start to reverse. I think what we’ve learned is that there is a place for both.”