“Imports are the second highest driver of dollar growth behind Hard Seltzer,” says Todd Camassar, Director of Category Development for Heineken USA in an email to BevNET. “According to Nielsen FDCM+ YTD ending 8/15/20, Imports represented 20.4% of the total beer category, which is consistent with longer term trends. For the same period YTD, Total Beer is growing +15.6% and Imports are up +13.8%.”

All of the top eight beer brands by sales exceeded $1 billion in sales by Aug. 9 this year, according to IRI. These include import giants like Modelo and Corona (both owned by Constellation Brands). Considering the corresponding demographic evolution of beer drinkers that now includes a rise in Latinx consumers, as well as people newly entering drinking age, and it’s not hard to see where this buying power comes from.

According to the latest year-over-year IRI data ending July 12, 2020, overall off-premise beer sales surpassed $40 billion, with imports capturing over $8 billion. That’s nearly double the craft category, which accounted for 11.5% of U.S. beer sales in the same timeframe. This steady, long term growth has been happening for years; increases in the import beer category—especially from Mexican brands—have been recorded since the mid-1990s, fluctuating between double- and single-digits, but steadfastly climbing. IRI’s principal of client insights of beer, wine, and spirits, Patrick Livingston, revealed that Mexican imports make up 72.3% of all import sales, with Corona and Modelo making up the lion’s share of those sales.

The Perceptions and Value of Import Beers

Mexican imports have long resonated with American consumers. “When you look at Mexican imports, they definitely are the driver in the category,” explains Dave Deuser, CEO of sales & marketing for Radeberger Gruppe USA, an importer of brands of its German-based parent company Radeberger Gruppe. He credits successful advertising campaigns and easy-drinking options as drivers of popularity, but Camassar explains that brand loyalty and familiarity with flavors also play a large role in import beer’s success, especially during COVID-19.

“Shoppers are seeking comfort in tried and true, familiar, and trusted brands,” says Camassar. Along with Constellation Brands, Anheuser-Busch InBev, and Molson Coors (formerly MillerCoors), Heineken is one of the top beer importers into the United States, with a portfolio that includes international beer brands like Tecate from Mexico, Tiger from Singapore, and Birra Moretti from Italy.

While consumers tend to relegate Mexican imports as an affordable and approachable everyday drinking option, imports as a whole are often equated with special occasions, according to Craig Hartinger, Marketing Director at Merchant du Vin, a specialty beer importer. “Imports play one important role in the category, and that is to be—or at least perceived to be—upscale beers,” Hartinger says. “When you have a Samuel Smith brown ale, or when you have another specialty import beer, you usually pay a little more for it, and my gosh, you get extra value for it. You get the culture of England that’s been making brown ales for hundreds of years… imports carry huge value, all through the chain to the consumers.”

Deuser agrees. “The American consumer does relate to import beers as a treat. You can see the import beers spike during the holidays, as something special, something different to enjoy, whether they’ve enjoyed it in the past via travel or some other manner.” His caveat: the current American consumer’s purchasing habits are starkly different than they have been in the past. “Unlike 30 years ago, the U.S. consumer isn’t that loyal to one brand as they were. [But] whatever the holiday may be, there will be an import to have during that time.”

Having that freedom of choice is key to import beer’s success in the United States. “Westmalle Tripel, they invented the style in the thirties, and while I’ve had great American tripels and will continue to seek them out, I want everyone to have the option to try the original purchased near their home,” says Hartinger. “Craft breweries are still inventing new styles every month… but what European breweries offer, I think, is decades or even centuries of consumer testing and proof. They’re already established, and there’s a reason why many of those styles are beloved after all these decades.” 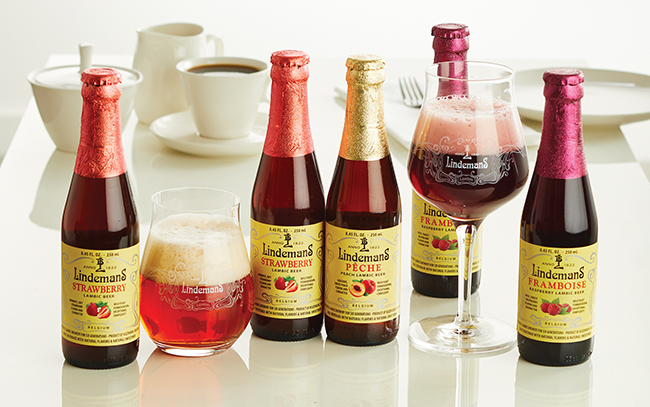 How Imports Have Evolved During COVID-19

Bad news for anyone making data-driven decisions in 2020: it’s too soon to accurately predict what COVID-19’s long-term influence on beer will be. Regardless, import experts like Hartinger have some theories.

But even global brands with seemingly endless PODs like Budweiser and Coors have been hit hard by the pandemic, and it’s not always imports that are picking up the slack. “The big American light lagers were already in decline, and COVID probably hit them the hardest because of the draft business. Think of sports stadiums and sports bars, those tend to be light American lager places… I think the draft losses in light American lager at sports arenas and sports bars alone is probably huge. It’ll remain to be seen,” says Hartinger.

“In the latest 13- week period ending [August 20] nearly all Top 10 [import] brands have accelerated substantially vs. their annual trends, including Heineken at +14.9%, which is the fastest acceleration vs. its 52-week trend among this set of brands,” says Camassar. “Category performance has changed, but not in the way one might expect due to COVID-19.”

To that point, he said, Total Beer sales grew at nearly four times the rate of growth before the COVID-19 pandemic was declared a national emergency for a comparable 23-week period.

One potential future disaster accelerated by COVID-19 that Hartinger foresees is the issue of payment to distributors. Approximately 70% of states allow distributors to deliver beer on credit, California included. When the nationwide shutdown went into effect, wholesalers and distributors were left holding the bill when their accounts became unable to pay. “A distributor in California has hundreds, if not thousands, of those kinds of customers who all of a sudden had no way to pay their bills,” explains Hartinger. “I don’t know if too many people are talking about that, but the losses in California alone had to be huge.”

Politics and Its Influence on Import

Between the looming credit catastrophe and the threat of tariffs on the alcohol industry, anyone who deals in imports and exports should be paying close attention to how the next election cycle turns out.

“We were watching real carefully when it was July, when the Trade Representative said they were considering putting tariffs on imported beer,” says Hartinger. Ultimately, those new tariffs did not go into effect, but the current presidential administration has irrevocably changed the way the United States operates when it comes to importing goods.

“This current administration, we have seen a lot of international laws change on a rapid scale, where usually international laws don’t change that often,” says Brooke S. Sinclair, Chief Executive Officer of Velour Imports, a technology-based import/export company focusing on the alcohol beverage industry. “The tariffs he [President Trump] imposed on steel and aluminum and things of that nature sent a lot of people into panic about their base cost of product.”

Tariffs don’t necessarily mean companies find themselves absorbing an increase to the cost of operations. Hartinger calls proposed tariffs like the one threatened in July as “serious disruptions” to the supply chain. “We have the best beer choices in the world. Interference with that, tariffs, they reduce that, and nobody wins. Consumers lose.”

But Sinclair is optimistic about some recent developments, notably the way COVID-19 sparked some streamlined e-commerce measures favorable to companies dealing with international regulations. “There’s been a huge push, especially in the import/export market, to where the digital transformation, logistics for customs paperwork—if it wasn’t on its way to being a digital, paperless transaction, it’s on its way now.” She outlines the struggles of navigating between a myriad of different county, state, and federal rules, many of which have been relaxed during the pandemic. “But now, it’s a question of: are they [the federal government] going to continue to have lax legislation?” The answer may depend largely on the election outcome this fall, for both legislation and international trade relationships with countries like Mexico. But either way, Pandora’s box has been opened and it’s not likely we’ll make our way back to the way things were.

Tech Is The Future of Import Beer

Demand for import beers in the United States is likely to continue growing. “We expect the trends established over the last couple of years to continue driving category growth… [and] as the multicultural population expands, high-end Imports will continue to drive incremental and profitable growth for retailers,” predicts Camassar.

As demand continues, access to imported brands is poised to become easier than ever, thanks to technology. “From an import perspective brands have always wanted to be inside of America,” says Sinclair. “What I think is going to start to happen now is that people are going to start to look around at other places besides America, because the flow of accessibility is gonna be greater, because they’ll be able to do a lot of the important things online.”

Online developments include digitizing customs paperwork and other forms that have, in the past, caused delays in the overseas shipping process. “The recent boom in the tech startup world has been to streamline that import/export process,” explains Sinclair. “You’re going to see a lot more in the next few years, because the Caribbean has a huge project, a $74 million project, where they’re doing a digital transformation of governmental checks and balances, governmental paper ports. Certificates are going to be able to be uploaded and received in necessary offices. Unfortunately, it is going to be an issue for those middlemen. But you’ll see a lot more sales from the manufacturers because people now realize, you cannot play with it. You need to be digitally prepared.”

In her mind, this streamlining of import and export procedure in the alcohol industry isn’t just long overdue, but critical to the industry’s ability to keep up with an increasingly global marketplace. “We’re going to see a lot of huge, big changes coming in the next ten years,” Sinclair claims. Whatever changes are in store, import beers are positioned to be at the forefront.