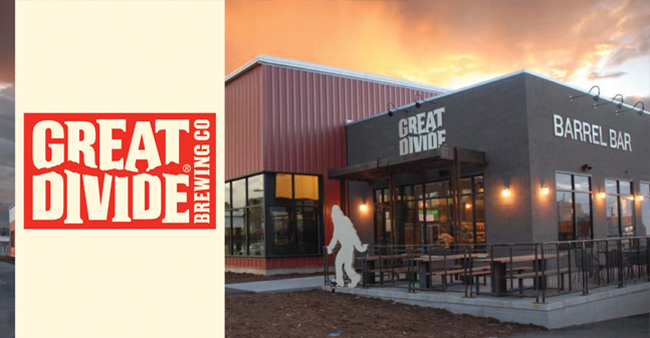 The 27-year-old craft brewery will consolidate its operations at its Ballpark District brewery and taproom at 2201 Arapahoe Street, where the company has maintained its beer production.

Great Divide will continue to operate the packaging hall and taproom until it sells, so the company will likely exit the facility in mid-2022, the company said in a press release.

“Right now, we have two facilities that are not being maximized,” Great Divide founder Brian Dunn said in a statement. “We had three options on the table: move all operations to RiNo; move everything to a new location outside of Denver; or relocate to our original location. In the end, returning to our roots made the most business sense. This will allow us to reinvest in our facility and our people, our two most important assets.”

The sale of the property will not lead to any layoffs, the Post reported.

Great Divide’s barrel bar opened to the public on July 31, 2015, two years after the company acquired a five acre plot in Denver’s popular RiNo neighborhood. The company moved into a 65,000 sq. ft building, with taproom space for up to 40 people, a patio that stretched capacity to 100 people, a packaging hall with a “state-of-the-art KHS canning line, warehouse space, and room to store 1,500 barrels between the barrel-aging room and a negatively pressurized sour room.”

Great Divide’s plans to sell the 65,000 sq. ft. facility comes 16 months after the company sold 2.4 acres of land to a Denver developer and scrapped plans to build a new production brewery on the site. 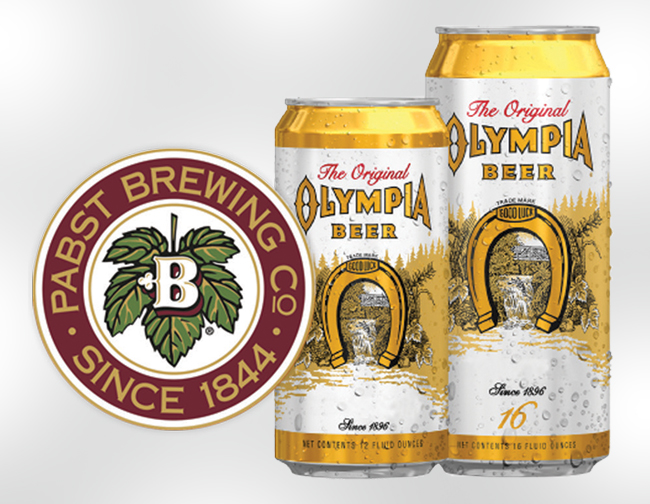 Citing a “growing decline in” demand and sales, Pabst Brewing Company said it is “temporarily pausing production” of the 125-year-old Olympia Beer brand.

In a post to the Olympia Instagram page in late January, the company wrote that it had “spent several years trying to bring Olympia Beer back home to be brewed locally” but sales of the brand had continued to slide.

“Sadly, we have not been able to find a solution to the challenges posed by reduced beer sales and have had to make the difficult decision of temporarily pausing production of Olympia Beer,” the company wrote. “We remain committed to finding the best solution to keep brewing Olympia Beer in the future.”

Although the legacy lager brand is going into hibernation for an undetermined amount of time, Pabst wrote that “Olympia’s story will continue in Tumwater at the Olympia Distilling Co.,” which was started in 2020 with the Olympia Artesian Vodka brand.

“[W]e remain hopeful that we can bring our beloved beer home someday,” the company wrote. “We are dedicated to carrying on Leopold Schmidt’s legacy and ensuring that Olympia’s story lives on for many years to come.” 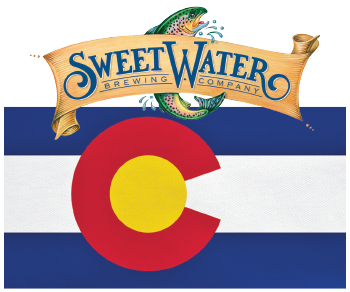 SweetWater to Expand Distribution to Colorado in February

Nearly two months after the close of its sale to Canadian cannabis company Aphria, Atlanta-headquartered SweetWater Brewing said it will expand distribution to Colorado in February, the first state to legalize cannabis for recreational use.

“Colorado has always held a special place in my heart,” SweetWater founder and CEO Freddy Bensch said in a press release. “It’s where I first learned to brew beer and where I now live half of the year in Telluride. Because of my connection with the state, SweetWater has always had a Colorado vibe, from our West Coast-style beers to our 420-friendly lifestyle and passion for the great outdoors.”

Colorado marks SweetWater’s 27th state and its western-most market. The brewery introduced itself to Colorado drinkers four years ago when it began an ongoing sponsorship of Telluride Ski Resort.

In November 2020, SweetWater, which was the 14th largest craft brewer by volume in the U.S. in 2019, announced it would be acquired by Aphria, the Canadian maker of adult-use cannabis brands Solei, Riff, Good Supply and Broken Coast, for $300 million in cash and stock. 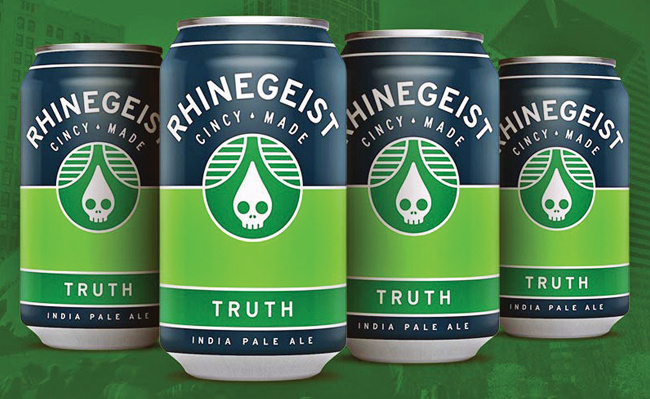 Rhinegeist to Launch in Chicago with Reyes’ Windy City Distributing

Cincinnati-headquartered Rhinegeist Brewery will be launching its offerings in Chicago in March.

“We want to test our brand versus the best in the country,” he continued. “It’s certainly the melting pot of great craft breweries.”

Rhinegeist has signed with Reyes Beer Division subsidiary Windy City Distributing, which will sell its portfolio to the 5,500 retailers it serves. This marks Rhinegeist’s first distribution deal with Reyes, the largest beer wholesaler in the U.S.

“As a craft-only house, they really have their finger on the pulse of Chicago craft beer and what’s working and how to manage a brand,” Steinke said.

Plans to enter Chicago were put in motion before the COVID-19 pandemic upended the beer industry, Steinke said. However, the shutdown of bars and restaurants has forced Rhinegeist to abandon its usual new market playbook, which typically entails up to three months of draft-only sales to build consumer demand.

“As we’re approaching March, it doesn’t seem feasible to bring the zany Rhinegeist personality to Chicago and do the typical stuff — tap takeovers, on-premise launches,” Steinke said. “So, we’ll be launching a very soft launch with draft. Really disciplined. Keep it scarce for a while, and then launch it in package with some support from local chains starting in early to mid-March, and then we’ll just kind of wait for the world to open back up before we hit the gas on draft.”

“We want to win with the big retailers and the neighborhood retailers,” Steinke said. “Our approach doesn’t change relative to COVID — we are not short-term thinking.”

By the end of 2021, Rhinegeist plans to fill out Illinois, which will be its only expansion for the year.

“We made a decision a few years ago that we would open up one or two markets a year, no more and by markets, I literally mean markets, not states,” Steinke said. 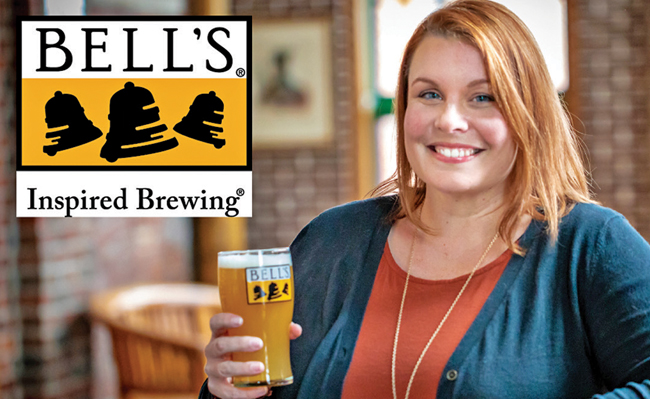 Yunker, who has worked at Bell’s for nearly two decades and most recently served as VP of human resources, will work with Bell’s founder and president Larry Bell to oversee all aspects of managing the company, as well as leading Bell’s senior leadership team and acting as a go-between to the Michigan craft brewery’s board of directors.

“What the board was looking for was somebody that they could rely on in case something happens to me,” Larry Bell told Brewbound. “That’s part of it, that we need some sort of succession planning for Bell’s.”

The role is designed to grow with Yunker’s career.

“Right now, I would say we don’t have a super well-defined, clearly laid out job description there,” Bell said. “It’s more something that will be worked into, and really assists me in my management duties and is there to help advise the board as well.”

In a press release, Bell’s credited Yunker with developing the brewery’s “highly regarded and sought-after culture.” The company also called her “an industry leader in engagement, talent management and strategic planning.”

Yunker started at the Comstock, Michigan-headquartered brewery as a part-time receptionist while attending Western Michigan University, and she has moved up the ranks throughout the years. Yunker is also a member of the executive committee for the National Craft Beer Human Resource Group.

“She has leadership in the industry,” Bell said, pointing to Yunker’s role with the National Craft Beer Human Resource Group. “She’s pretty well aware of the industry and what’s going on.”