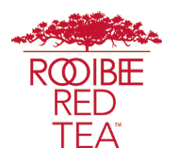 LOUISVILLE, Ky.–(BUSINESS WIRE) — Rooibee (“ruby”) Red Tea, the Organic Tea of Choice, today announced that it has issued a total of $1 million in Series A preferred stock. This financing will allow the company to accelerate market expansion through its national broker Presence Marketing/Dynamic Presence, and its national warehouse distribution partners UNFI and KeHE.

The company also announced the election of Dana Bowers, SB Holding Corporation, to its board of directors. “We are extremely pleased to add Ms. Bowers to the board, as she brings the direct experience of growing a rapidly expanding company, as she did with iPay Technologies,” says Phoebe Wood, chairman of Rooibee Red Tea Company.

Rooibee Red Tea is the original full line of bottled rooibos (ROY-boss) tea on the market. Rooibos tea, known as red tea, is one of the hottest trends in the ready-to-drink tea industry. Naturally caffeine-free, and known for its cool, sweet, refreshing flavor, rooibos tea contains powerful antioxidant properties. Rooibos, a plant grown in the Cederberg region of the Western Cape Province, has been used medicinally by South Africans for centuries, and has recently grown in popularity worldwide. Since its 2009 launch, Rooibee Red Tea has become popular with tea lovers of all ages, especially families looking for healthy beverages.

“As a wife and mother of two young children, I’m proud to lead our Rooibee Red Team in producing a healthy beverage we all feel good about serving to our families,” said Heather Howell, company CTeaO (Chief Tea Officer).

This year Rooibee Red Tea Watermelon Mint won First Place in the 2011 North American Tea Championship Ready-to-Drink-Flavored/Sweetened category after receiving a “Hit” by scoring a 93 from Phil Lempert Supermarket Guru. The popularity of all seven flavors and the availability of the new 4-packs have led to increased sales and distribution beyond Kentucky.