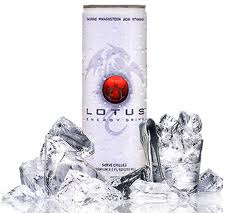 Enzo Entertainment CEO Lennard James has been chosen to add a splash of dash for the southeastern market introduction for the hot new energy drink Lotus, the premium healthy energy drink alternative for adults.  Known to many in local and regional promotional circles, James has been previewing the exciting new product to the upscale cocktail market in Memphis, and is also preparing for a major intro for the Atlanta, Georgia markets.

With accounting experience with Verizon Engineering, American Express and Hardy Bottling Company, James’s Enzo Entertainment credentials include managing major concerts with artists such as Eddie Griffin, Cedric the Entertainer and others; James says he’s excited because “It’s the right product at the right time.  Sexy, exciting and friendly to the body, Lotus is specifically created to become a principal mixer as well as a daily drink.  It’s the hip drink for forward thinking people. # And the fact that the company is based here in Tennessee makes it even more exciting. Plus, it taste great and finishes clean. I fully expect it to become the new Titan (wink) of the market!”

Created by Nashville siblings Li Jackson, and her brothers Jay and Thomas Umboh, Lotus is creating a major buzz because its formula avoids the pitfalls of the energy drink craze.  Fruit based (Acai and Mangosteen) and elegantly described by the respected Nashville Scene as “dusted with a wisp of lotus flower”, taste mixers have been overwhelmingly positive.

Being introduced to the select golfing, leisure and entertainment centers in Alabama, Tennessee, Florida and Las Vegas, Lotus is being promoted in Memphis at The Brass Door, Café Soul, and Onix Restaurant and is a regular cocktail at the Westin Hotel downtown Memphis.