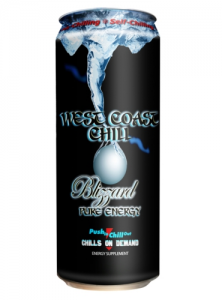 IRVINE, Calif., April 4, 2012 /PRNewswire/ — The World’s First Self-Chilling Can and Beverage were launched in Lake Havasu, AZ on Saturday, March 24th, 2012. Lake Havasu has become the Spring Break playground for tens of thousands of college students from across the United States. According to AZSPRINGBREAK.com, Entertainment Television along with the Travel Channel rates Lake Havasu Spring Break the #5 spring break destination in the world. Lake Havasu attracts college students with non-stop outrageous activities in a fun and safe atmosphere.

Joseph Company International, Inc., the creator of the “Chill Can,” debuted the technology with the new West Coast Chill “Pure Energy” drink. The drink, packaged in a beautiful black and blue designed can, chills down when activated by 30 degrees from ambient temperature and stays colder by over 25 minutes longer than a conventional can removed from the refrigerator. 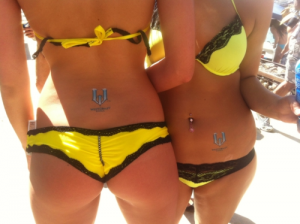 became the ideal setting to capture the reactions to the debut of “Chill Can.” Consumers gathered in amazement as they witnessed first-hand the effectiveness and safety of the breakthrough technology. Video testimonials were taken as people activated the “Chill Cans,” tasted the product inside, and experienced the “NEW CONVENIENCE” of the Self-Chilling Can. “It’s worth it for no ice,” “It’s Chilled!” and “It chilled and it tastes great” were some of the comments captured by West Coast Chill cameras.

The weekend was filled with sponsored events, promotional giveaways, and contests. Cabana boats decorated with the West Coast Chill logo, hosted many of these events. Spectators were also treated to Water Jetpack Adventures http://www.waterjetpackadventure.com/ sponsored by West Coast Chill.

The unique convergence of beverage technology, social media coverage, and thousands of college students turned the Lake Havasu Spring Break into a revolutionary event for West Coast Chill and The Self Chilling Can.

Indeed, THE ICE AGE IS OVER …

For more information on West Coast Chill visit the website at: