Probiotic beverage brand KeVita has pledged to fund the development of a Truth-In-Labeling Initiative for the kombucha industry. The company announced the news in a press release Thursday, with KeVita co-founder and CEO Bill Moses writing “We believe it is incumbent on the industry to proactively self regulate and communicate for the benefit of consumers, retailers, and all the producers.” The proposed initiative will seek to to put forth an accredited certification process for brands across the kombucha category to be accurately identified as non-alcohol or alcohol products. KeVita’s announcement arrives after issues surrounding the alcohol levels in the fermented effervescent beverage have resurfaced in recent months.

Moses furthered discussed the new initiative in a call to BevNET, calling a March 27 reminder from the Alcohol and Tobacco Tax and Trade Bureau the “tipping point” for KeVita to become actively involved and take a leadership role in addressing the issue. That reminder, featured in the TTB’s weekly newsletter, read as follows:

“In the past, our tests of kombucha in the marketplace revealed that many of these products contained at least 0.5 percent alcohol by volume. These products are alcohol beverages are are subject to TTB regulation. Regardless of the alcohol content of the finished beverage when it leaves the manufacturing facility, when kombucha contains 0.5 percent alcohol or more by volume at any time, it must be produced on qualified premises subject to TTB regulation.”

Earlier this month, California’s Department of Alcoholic Beverage Control added to the pressure when it raided an event hosted by new age religion Full Circle, seizing two kegs of kombucha and issuing a citation for selling alcohol without a permit. The TTB also now requires all kombucha producers to obtain a Brewers license. 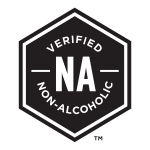 Moses said KeVita would contribute “up to $100,000” to fund the Truth-In-Labeling initiative, which will go towards the development and implementation of third-party product testing protocols. Additionally, Kevita revealed a “Verified Non-Alcoholic” emblem that it will begin displaying on all its kombucha products. That verification will be conducted by a TTB-accredited laboratory using off-the-shelf samples, according to the press release.

Reached by phone, GT Dave, founder of category leader GT’s Kombucha, echoed a similar sentiment to that expressed by Moses.

“Every industry faces challenges that are unique to its trade and one of the most fundamental ways to ensure success in that industry is to be proactive in addressing those challenges,” Dave said.

KeVita’s certainly not the only one taking action to address the ongoing issues. In April, kombucha trade association Kombucha Brewers International published a new set of testing protocols to measure kombucha’s alcohol levels for compliance testing. Meanwhile, a set of off-the-shelf tests that the American Herbal Products Association had made to test alcohol levels of kombucha brands remains with AHPA, and has not yet been released.

KeVita’s full press release can be found below:

OXNARD, CA. (May 28, 2015)—KeVita, a leading maker of ready-to-drink functional beverages, today announced its commitment to provide a cornerstone financial grant to fund the development of a voluntary Truth-In-Labeling Initiative for the kombucha industry. The initiative will provide kombucha producers the means to openly and responsibly address growing consumer and retailer concerns over the alcohol levels present in the various kombucha products available in the market today. KeVita makes and markets Master Brew Kombucha, in addition to its core Sparkling Probiotic Drinks lines, all of which are non-alcohol beverages.

“The objective of the kombucha Truth-In-Labeling Initiative is, first and foremost, to inform and educate consumers, and in turn ensure a safe, commercially viable and healthy category for manufacturers and retailers as kombucha products become more broadly available,” said KeVita co-founder and CEO Bill Moses, “We believe it is incumbent on the industry to proactively self regulate and communicate for the benefit of consumers, retailers, and all the producers.”

It is widely known that kombucha—a lightly effervescent fermented drink of sweetened black and/or green tea—contains trace amounts of alcohol. But alcohol levels can vary significantly across different brands and products based on how they are specifically formulated and produced. There is currently no universally reliable means for consumers or the retail trade to know whether a kombucha product on the shelf is under or over the legal standard of 0.49% alcohol by volume, the level requiring a product to be labeled as an alcoholic beverage.

According to Moses, industry self-regulation is needed to ensure that consumers are informed as to whether the kombucha products they consume have been tested and classified correctly as “non-alcoholic” or “alcoholic.” The kombucha Truth-In-Labeling – more – Initiative will provide an accredited third-party certification process for accurate categorization of a brand’s kombucha products as a non-alcohol or alcohol product.

“It does not serve consumers to have products labeled improperly, nor does it serve manufacturers or retailers to have another market disruption as happened with the 2010 nationwide kombucha pull,” he noted, referring to the widely publicized withdrawal of kombucha products from major retailers.

“KeVita is committing to lead funding for the design and initial implementation of the certification process. This will cover key areas such as design of third-party product testing protocols and other related best practices. KeVita is also willing to subsidize all or part of the initial cost of testing for smaller producers who require financial assistance,” continued Moses.

Further, KeVita has designed and plans to begin using a “Verified Non-Alcoholic” label icon on all its kombucha drinks as a means of communicating the fact that its Master Brew Kombucha products have been independently verified by a TTB-accredited laboratory as non-alcoholic, using off-the-shelf samples. Thirdparty independent testing will be conducted semi-annually to ensure continued compliance. It is KeVita’s intent to have a third party organization manage this voluntary program in the future.

KeVita is inviting any manufacturer whose products are similarly verified to use the icon in the hope of creating an industry standard that is trusted and recognized by consumers and trade. Kombucha sales continue to grow at a strong pace and are anticipated to be approximately $500 million in 2015. Consumers have heralded kombucha’s sought after natural benefits and retailers nationwide are expanding kombucha presence on their store shelves.

“With the rapid growth and expansion of kombucha brands and products, the need has become clear for an industry-led, standardized testing and alcohol level compliance protocol that can be looked to and trusted by consumers, producers and retailers. We look forward to working with our industry peers to deliver this much-needed program,” Moses concluded.

The Alcohol and Tobacco Tax and Trade Bureau (TTB) requires beverages containing greater than 0.49 percent alcohol by volume to be labeled, distributed and sold as alcoholic beverages. On March 27, 2015 the TTB issued a reminder that kombucha may be subject to such regulation, which included the following statement: “In the past, our tests of kombucha in the marketplace revealed that many of these products contained at least 0.5 percent alcohol by volume. These products are alcohol beverages and are subject to TTB regulation. Regardless of the alcohol content of the finished beverage when it leaves the manufacturing facility, when kombucha contains 0.5 percent alcohol or more by volume at any time, it must be produced on qualified premises subject to TTB regulation.”

The TTB also now requires that commercial kombucha producers using their own facility have a Brewers License if the product contains 0.5 percent or greater alcohol at any time during the process, even if the finished product is below that level.