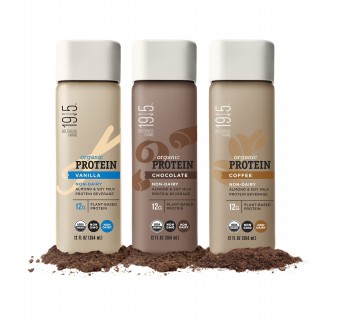 Just nine months after launching its 1915 line of organic, cold-pressed, high pressure processed juices (HPP), Bolthouse Farms has more than doubled the number of varieties in the set, which includes a new sub-line of protein beverages that are formulated with almond milk, soymilk, and pea protein.

The introduction of the new juices follows a fast start for 1915, according to Bolthouse Farms president Scott LaPorta, who told BevNET that distribution and sales of the beverages is going “fantastically well.”

“Since late last summer and early fall, we’ve been expanding our distribution, [and] we are now up over 45 percent in ACV across the country and well on our way to over 50, pushing up to 60 percent ACV sometime in the next several months,” he said. “Velocities continue to improve on a monthly basis, and so the retail partners that have been taking it on are enthusiastically behind us.”

The addition of a protein line was a natural fit for 1915, LaPorta said, noting the 20 percent in compound annual growth rate for protein-infused varieties of super-premium beverages, including Bolthouse Farms’ Protein Plus products.

“And we’re driving that,” he said. “And as we thought about our first innovation suite in 1915 and building out that platform, we thought we would go right to one of our core strengths in our brand, and that is we are known for great tasting, functionally strong protein drinks.”

Packaged in the brand’s square-edged 12 oz. bottles, the 1915 Protein beverages contain 12 grams of protein and are made with no dairy. The line comes in three flavor varieties — Vanilla, Chocolate and Coffee — and will be available for sale in April. 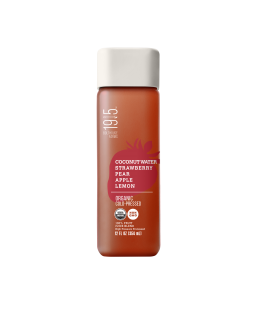 Bolthouse Farms also unveiled three new fruit and vegetable blends, each made with six or less ingredients per bottle and no added sugar. The products include strawberry with coconut water, pear, apple and lemon, orange with carrot, pineapple, apple and lime, and grapefruit with apple, peach and raspberry. The juices will be in stores later this month.

1915 products are currently only sold in conventional grocers, however, LaPorta sees significant room for expansion into other retail channels, including club. Stores in the club channel are “looking at [1915] now,” he said.

To support new distribution, including an upcoming foray into Canada, Bolthouse Farms is adding a second production line for 1915 later this month, and is expected give the brand significant room to expand beyond its early days of “a little, entrepreneurial, boot-strapped” operation, LaPorta said.

As Bolthouse Farms increases production capacity for 1915, LaPorta sees a long runway for growth, with the brand delivering a level of freshness, flavor and functionality that consumers are increasingly demanding, and doing so at an affordable price point.

“In our minds, the magic is that we are the premium product at the opening price point,” LaPorta said. “For 1915, the real allure to this premium consumer is it’s organic, non-GMO, vegan non-dairy, no artificial sweeteners; that’s the sweet spot of what they’re looking for with a very clean label of only four to five ingredients. And then we bring it to them at an everyday retail price of $3.99 in a 12 oz. bottle.”

Here is Bolthouse Farms’ press release announcing the new 1915 varieties, as well as several new products in its pasteurized line of juice blends:

“Consumers’ preference for convenient and delicious premium beverages continues to grow year after year,” says Scott LaPorta, President of Bolthouse Farms. “To provide consumers with better-for-you options that taste great and align with their dietary needs, we have created an assortment of innovative flavors using on-trend ingredients and alternative proteins that complement every lifestyle and occasion.”

Packaged in the original 12 fl. oz. BPA-free bottles, the 1915 Protein beverages have 12 grams of protein and are made with simple and dairy-free ingredients with no artificial sweeteners. The new protein flavors, available in April 2016, include:

Also unveiled today are new 1915 Organic Ultra-Premium Cold-Pressed fruit and vegetable blends. With no more than six ingredients per bottle, each juice contains a balance of colorful, nutrient-rich fruits and vegetables. Available on-shelf in late-March 2016, the fruit and vegetable juices contain no added sugar. The new flavors include:

The entire 1915 ultra-premium beverage portfolio is organic, non-GMO, vegan and gluten-free, and available for a suggested retail price of $3.99.

The new Protein PLUS® shakes boast more than 30 grams of protein per 15.2 fl. oz. bottle and include 21 vitamins and minerals with no added preservatives, artificial flavors or colors. The proprietary blend uses two different types of protein – whey and soy – to satisfy and sustain nutritional needs. New flavors include:

Protein PLUS Banana Honey Almond Butter: the ultimate protein shake
Protein PLUS Coconut: all the rich, creamy, coco-nutty goodness you want
Protein PLUS Strawberry: the sweet, ripe strawberries you know and love

Additionally, Bolthouse Farms offers a new selection of flavor-forward fruit and vegetable juices that include nutrient-rich ingredients. The new flavors include:

NEW Bolthouse Farms® Dressings
The leader in salad dressings made from yogurt, Bolthouse Farms also introduced two new lower-fat and lower-calorie premium refrigerated dressings with no added preservatives or artificial flavors. Both have 45 calories and 3.5 grams of fat or less. Currently available on-shelf for a suggested retail price of $3.79, the new additions are:

Salsa Verde Avocado: a zesty new sweet and savory dressing
Creamy Roasted Garlic: roasted garlic with the addition of creamy yogurt
Bolthouse Farms and 1915 products are available nationwide and regionally at select Kroger, Walmart, Target and Meijer stores. For more information on our products and distribution, visit www.bolthouse.com or www.1915organic.com.

About Wm. Bolthouse Farms, Inc.
Bolthouse Farms, founded in 1915 and headquartered in California’s San Joaquin Valley, is known for high-quality consumer brands and innovative products. A market share leader in growing and distributing carrots, Bolthouse Farms produces and sells super premium juices, smoothies, protein shakes and café beverages under the Bolthouse Farms® brand name. In recent years, Bolthouse Farms diversified its offerings by launching a line of premium refrigerated yogurt dressings and in August 2014, the Company launched their new Bolthouse Farms Kids platform, nutritious kids snack options. Most recently, in March 2015, the Company launched 1915 Bolthouse Farms™, their new brand of organic ultra-premium beverages. The Bolthouse Farms mission is to Inspire the Fresh Revolution by changing the way people consume fruits and veggies. The company was acquired by Campbell Soup Company on Aug. 6, 2012. To learn more about the 100 years of the company’s farm heritage, mission and the entire line of current products, visit www.bolthouse.com and join our community on Facebook at https://www.facebook.com/bolthousefarms and Twitter @BolthouseFarms and @1915organic.