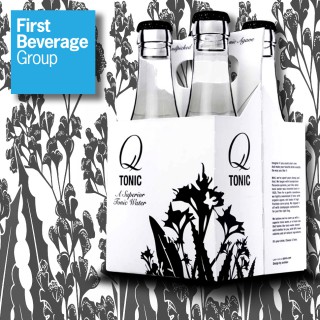 The next round is on Jordan Silbert.

The Q Drinks founder had reason to celebrate today as the premium cocktail mixer brand announced it had raised $11 million in an investment round led by First Beverage Ventures, the private equity arm of First Beverage Group. Others participating in the round included previous investors, including Pepsi Bottling of the Hudson Valley.

Premium mixers have been one of the hottest categories in the beverage business in the past few years and Q Drinks has led its growth, transforming the carbonated beverage aisle in many specialty and mainstream retail accounts. The company has also been an on-premise leader, earning free media coverage through use at hip restaurants and bars.

Silbert has stressed financial discipline as well as a refined flavor profile in developing Q Drinks as a premium alternative to older brands like Schweppes and Canada Dry. Q Drinks has also benefitted from the parallel, rapid growth of independent high-end spirit brands and a growing interest in craft cocktails within the Millennial demographic.

The company, started in 2008, has averaged growth between 40 and 50 percent most years, he said, and has revenues in excess of $10 million.

As brand awareness around Q has grown, the company expanded its platform to include a cola and other, more soda-like products; while many of them will continue to be part of the mix, some SKUs will be cut back to keep the focus on the company’s cocktail business.

“We think there’s such an opportunity in just carbonated mixers, it’s a category that really hasn’t premiumized yet,” Silbert said. “It’s starting to, and we think we can lead the charge.”

Tom First, the managing partner of First Beverage Ventures, will join the Q Drinks board of directors. A graduate of Brown University – like Silbert and Q Drinks President Ben Karlin – he said he admired the focus of the company and was impressed by the amount of room it still had to grow. Q Drinks currently has a staff of nine, but more will have to be added to support growth.

“We get really excited when we find companies and brands that have done the dirty work over the past few years to get to where they get to, and have a product ready to go and to expand in new channels,” First said. “They have proof points, and now it’s just a matter of executing.”

The First Beverage portion of the investment comes as the first bet it has taken since raising its second fund.

Much of the money will go toward hiring more sales and marketing representatives in an increasing number of markets, Silbert said. When the brand has had marketing support in Los Angeles and New York in the past year, it showed more than 70 percent growth, he added.

“We’re putting more people on the ground,” he said. “That’s going to be a large part of our spending.”

While Q has strong retail backing with stores like Kroger, Target, Whole Foods and other key accounts, it has yet to make a play for club stores like Costco, where its consumer demographic would seem to be a good fit. Additionally, it has a lot of room to grow on-premise, according to First.

“For them to have gotten to where they are, what they’ve done over the past couple of years with very little marketing budget and 5-7 people is pretty incredible,” First said.

The company’s closest competitor in the category is import brand Fever Tree, which, like Q, uses liquor stores as a key component of its retail footprint. The brands will likely fight for share in that channel in the near future, as they attempt to win placement with a growing number of liquor distributors as well as stores. Q Drinks will be able to do more co-merchandising and promotional partnerships with liquor brands as a result of the investment, Silbert said.

At high-profile events, he said, “we’ve basically made liquor brands buy our products at full price. Now we can be a little more aggressive about giving products to the right partners.”