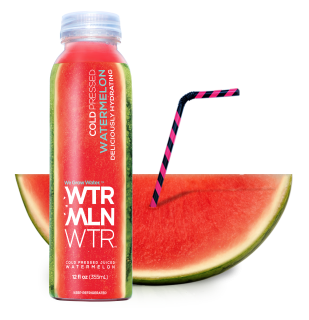 Beyoncé’s investment was part of a capital raise that closed in February, according to WTRMLN WTR co-founder Jody Levy. That raise included funding from CAVU Venture Partners and other undisclosed investors, however, Levy declined to offer details on the total amount of the raise and Beyoncé’s contribution, citing investor confidentiality. A company filing with the U.S. Securities and Exchange Commission dated Oct. 15, 2015 indicates that the company targeted $8 million in new funding.

Although Levy would not discuss Beyoncé’s financial stake in WTRMLN WTR, she described her as “a meaningful partner.”

“She’s really in it from the perspective of making an investment and being in entrepreneurship and in the company, rather than it be more of a traditional celebrity ‘endorsement/investment,’” Levy said. “Like many of our investors, she’s active and connected.”

Beyoncé’s involvement sprung from a coincidence in the timing of WTRMLN WTR’s market debut and the launch of her song “Drunk in Love,” which both occurred in December, 2013. After friends and family members alerted Levy to the song’s lyric, “I’ve been drinking watermelon,” she quickly arranged to have samples of the beverage sent to Beyoncé’s management company, Parkwood Entertainment. Levy followed up with more sample packages on Valentine’s Day and Mother’s Day.

The following year, Parkwood reached out to WTRMLN WTR to discuss a potential partnership with Beyoncé. The two sides eventually reached a deal based on aligned values, particularly that of bringing healthy products to more consumers.

“I invested in WTRMLN WTR because it’s the future of clean, natural hydration; as partners, we share a simple mission to deliver accessible wellness to the world,” Beyoncé said in a prepared statement. “This is more than an investment in a brand, it’s an investment in female leaders, fitness, American farmers, and the health of people and our planet.” 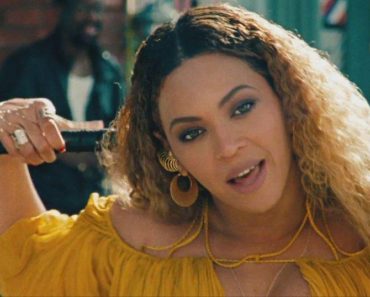 For WTRMLN WTR, the deal represents the extension of a marketing strategy to significantly raise its profile “using athletes and celebrities as credible mouthpieces who can articulate and educate people on the fundamental functional benefits” of its watermelon juice beverages, according to CMO Jeff Rubenstein, a former Vita Coco executive.

WTRMLN WTR plans to announce partnerships with additional investors, including celebrities and athletes, later this year. Rubenstein said that some of the investors will be included in a new summertime marketing campaign that will focus on WTRMLN WTR as a natural hydration beverage and better-for-you alternative to popular sports drinks.

Although Levy described Beyoncé as a “performance athlete,” the singer will not be featured in upcoming consumer advertising for WTRMLN WTR. She will have a role in brand-building efforts, Rubenstein said, avoiding specifics but hinting that she will promote the beverage through her social media accounts.

Levy noted that Beyoncé “has already been a very impactful partner,” pointing to WTRMLN WTR’s presence at the official launch of the singer’s new “athleisure” apparel brand, Ivy Park. WTRMLN WTR had a stand at the pop-up store in Los Angeles where Ivy Park debuted. The watermelon juice brand will also be available in backstage lounges throughout Beyoncé’s “Lemonade” tour.

“She’s like many of our partners,” Levy said. “She’s very strategic and she’s creating opportunities for us.”

Prior to investing in WTRMLN WTR, Beyoncé had been involved with a much larger beverage brand: Pepsi. She became a paid endorser in 2002, and a decade later entered into a “pioneering” multi-year partnership with PepsiCo. Her relationship with the company ended in 2013, according to a member of PepsiCo’s media relations department.

It’s unclear as to the reasons why Beyoncé and PepsiCo parted ways, however, Rubenstein views it as a decision to by the singer to lead a healthier life.

“I think it is a very conscious shift she as an individual has made to evolve her diet away from artificial and sugary and into clean and healthy,” Rubenstein said. “And we are benefiting from that change. So while we respect Pepsi and her history with them, I think this brand more closely aligns with her values and her current consumption behaviors.”

Today’s announcement comes on the heels of another top-tier celebrity partnership in an entrepreneurial beverage company: yesterday, guayusa brand Runa announced that Leonardo DiCaprio joined its ranks as an investor.