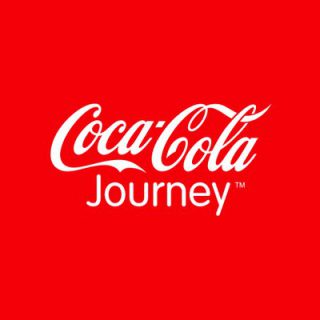 ATLANTA, GA – Since the 1930s, Coca-Cola has been synonymous with the holiday season. From heartwarming ads and special-edition packaging to the Coca-Cola Holiday Caravan stops that bring holiday happiness to communities across America, Coke and the holidays go hand-in-hand.

To embrace and celebrate the spirit of the season in 2016, Coca-Cola is shining a light on “unsung heroes”– those who go the extra mile to make the holidays more special for those around them. A new 30-second TV commercial, titled “A Coke For Christmas,” follows a teen as he wheels a cart of ice-cold Coca-Cola through his neighborhood, sharing bottles of delicious refreshment with merry-makers working hard to create a festive season and wonderful memories. From a man hanging holiday lights to a mom tirelessly preparing a holiday meal, each recipient is surprised by the unexpected token of kindness. The final bottle of Coca-Cola is saved for a visit from one last holiday hero: Santa Claus. Coca-Cola developed “A Coke For Christmas” with SRA Rushmore – Madrid.

The brand is also encouraging teens across America to showcase the different ways they step it up during the holidays through a #WeSleigh social campaign. Through it, fans can interact, share their holiday photos and recognize fellow teens.

For a limited time, Coca-Cola will pair its logo on product packaging with iconic and beloved symbols of the holiday season. The brand’s famous polar bears will be featured on holiday packaging of Coca-Cola, Coke Zero and Diet Coke, including 12-ounce can multi-packs, 20-ounce bottles, 1.25-liter and 2-liter bottles, as well as 12-ounce can multi-packs, 20-ounce bottles of Coke Life and 8.5-ounce aluminum bottles of Coca-Cola.

Now in its 19th year, The Coca-Cola Holiday Caravan – six trucks each illuminated by more than 30,000 red and white sparkling lights – will roll into more than 25 cities across the country to spread holiday happiness through December 18, 2016. In addition, Coca-Cola will donate 4,000 toys for teens to Marine Toys for Tots Foundation chapters across the country.

The Coca-Cola Company (NYSE: KO) is the world’s largest beverage company, refreshing consumers with more than 500 sparkling and still brands and more than 3,800 beverage choices. Led by Coca-Cola, one of the world’s most valuable and recognizable brands, our company’s portfolio features 20 billion-dollar brands, 18 of which are available in reduced-, low- or no-calorie options. Our billion-dollar brands include Diet Coke, Coca-Cola Zero, Fanta, Sprite, Dasani, vitaminwater, Powerade, Minute Maid, Simply, Del Valle, Georgia and Gold Peak. Through the world’s largest beverage distribution system, we are the No. 1 provider of both sparkling and still beverages. More than 1.9 billion servings of our beverages are enjoyed by consumers in more than 200 countries each day. With an enduring commitment to building sustainable communities, our company is focused on initiatives that reduce our environmental footprint, create a safe, inclusive work environment for our associates, and enhance the economic development of the communities where we operate. Together with our bottling partners, we rank among the world’s top 10 private employers with more than 700,000 system associates. For more information, visit Coca-Cola Journey at www.coca-colacompany.com, follow us on Twitter at twitter.com/CocaColaCo, visit our blog, Coca-Cola Unbottled, at www.coca-colablog.com or find us on LinkedIn at www.linkedin.com/company/the-coca-cola-company.