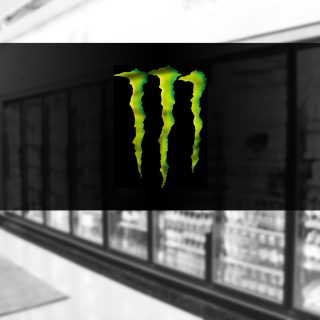 The quarterly report, which was released on Monday and includes input from retailers representing over 15,000 convenience store locations in the U.S., downgraded its 2016 energy drink sales growth projection for the second consecutive quarter, dropping from 7 percent to 6.3 percent, with further deceleration expected.

Category giant Monster Energy came under particular scrutiny in the survey, specifically tied to the rollout of the company’s new Mutant line in October, which one participant simply called “horrible.” Upon its introduction, retailers expressed optimism for Mutant, a “super soda” positioned to compete with Mountain Dew. However, a delay in getting the product on shelves caused over half of those surveyed to say they are now expecting a “minimal incremental sales” impact for the drink. One survey participant lambasted Mutant, saying the “come-to-market strategy was horrible and there was no synchronicity with the Coke system.” Another simply said, “Nearly everything that could go wrong [with Mutant’s roll out] did.”

The prospects of a smoother introduction for Hydro, Monster’s forthcoming energy-enhanced, non-carbonated hydration beverage, seem dim. When asked to comment on the product, one retailer said it was “coming soon,” and another said he or she knew “only that it is delayed.” Yet survey participants were more optimistic for Hydro’s long term potential than that of Mutant, with the former outpacing the latter in expected net sales $219 million to $138 million.

Retailers also cast doubt over the potential for future price hikes in the category, with several suggesting that a 2015 price increase by Monster hurt their overall businesses last year. The survey concludes that Monster’s “ability to drive top-line growth through pricing will be somewhat limited over the next couple quarters.”

When asked to comment on trends, products or initiatives for Monster Energy that may have contributed to Q3 results or will impact 2016 results, one retailer had a illuminating response: “Monster becoming more difficult to work with, Red Bull becoming easier.”

While still showing positive sales overall compared to the prior year, retailers cited out-of-stock issues, price increases, hot weather, and healthier alternatives as impediments to stronger overall growth in the energy category. Survey participants cited Coca-Cola’s integration of Monster into its portfolio and forthcoming innovation from Red Bull as encouraging signs for the category.

Monster will be hoping for a better response for its forthcoming RTD coffee innovation, of which details remain scant. Retailers quoted in the survey confirmed the new line will be called Cafe and will come in three SKUs, reported to be Vanilla, Mocha and Salted Caramel.

Along with energy drinks, C-store retailers surveyed said bottled water was a primary driver of growth in the non-alcoholic segment for Q3. Non-alcoholic beverage sales were up 3.9 percent, despite sluggish performance from carbonated soft drinks. Nearly half of survey participants said they expect a modest price increase for non-alcoholic beverages in 2016.