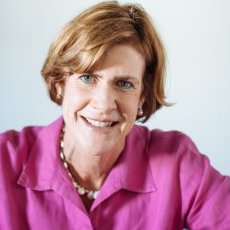 Bottled chai and tea maker Bhakti recently hired Sarah Bird as CEO. A longtime veteran of the food and beverage industry, Bird takes the reins from Bhakti founder Brook Eddy, who now serves as chairwoman of the company’s board of directors. Eddy remains “involved in the vision, innovation and culture” of Bhakti, according to the company.

Bird joined Bhakti after year-long stints as chief sales and marketing officer at Three Twins Organic Ice Cream and chief commercial officer of Ecologic Brands, a manufacturer of paper-based bottles. In the 15 years prior, Bird was an executive with natural and organic foods marketer Annie’s Homegrown. From 1999 to 2014, she rose in the ranks to become the company’s chief marketing officer, a role she held through the company’s sale to General Mills. Before joining Annie’s, Bird worked at PowerBar, Nestle Beverage Co. and PepsiCo.

“Sarah not only has the expertise, intelligence, wisdom, and industry knowledge, she has the heart and soul needed to continue our brand mission of being a strong B Corporation and doing more than just creating interesting sips and drinks,” Eddy told BevNET.

Eddy founded Bhakti, which markets bottled and loose leaf chai and a line of sparkling teas, in 2007. Comparing her journey as an entrepreneur to “running a marathon for eight years,” she said the search for a CEO stemmed from a desire to reduce her day-to-day responsibilities.

“I really wanted to slow down my pace to spend more time with my family, myself, and have a CPG veteran take over and run the business while staying true to our mission and vision,” she said. “The timing has been right for me [to step aside] for over a year. It was my goal to raise capital to expand, innovate, and hire a CEO.”

Bird praised Bhakti as a brand with “incredible DNA” and a unique, premium product line. She said that while that the brand enjoys a “very strong and loyal following where we are distributed,” she cited the competitive tea category and limited retail space for refrigerated products as ongoing challenges for the company. 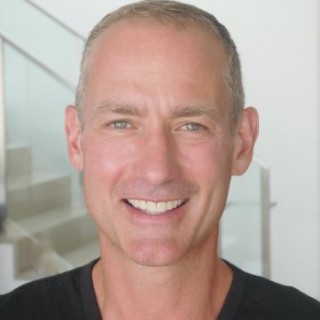 BevNET sister site Project NOSH has reported that Mark Rampolla, the founder of coconut water brand Zico, will step in as interim CEO at Hail Merry, a maker of plant-based snack foods. Rampolla’s Powerplant Ventures fund is an investor in Hail Merry, whose current CEO, Sarah Chapin, is expected to depart by the end of the third quarter.

“It’s not typical habit of any venture fund to step in and run a company, and it’s not our M.O.,” Rampolla told NOSH. “It’s a temporary thing that’s necessary and at the request of the management team.”

Hail Merry is based in Dallas, Texas, and Chapin said that she is leaving the company so that she can be closer to her family in North Carolina.

Although Rampolla’s role is temporary, Hail Merry will not begin its search for a new CEO until next year. Rampolla told NOSH that “he’s prepared to do this as long as it takes” and will focus his efforts on “democratizing” the brand’s snacks by making them more affordable and available, a path similar to the one he pursued at Zico. 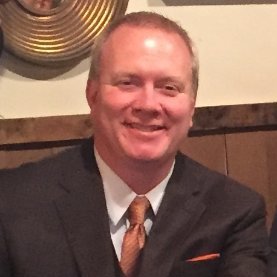 Eddie Pearson, a former executive with Boylan Bottling Co. and Reed’s, has joined guayusa beverage company Runa. Pearson, who has also held managerial roles with the Coca-Cola Co. and PepsiCo, comes to Runa after 2+ years at Boylan, where he was the company’s vice president of sales. In a recent interview with BevNET, Runa co-founder Tyler Gage called Pearson “a mentor and friend of mine for a long time.”

“We’re super-excited to have him on board and help out with the growth strategy [and] channel strategy as we look to expand a bit more aggressively in the next couple years,” Gage said.

Last month Bai Brands hired Michael J. Pengue as the company’s first chief strategy officer. Pengue has over 30 years’ experience in the consumer packaged goods space, half of which he spent with Nestlé Waters North America. He eventually became president of the company’s Business Units division.

Ryan Patel, the former vice president of global development for frozen yogurt company Pinkberry, has joined Givn Water’s board of advisors. The premium water brand funds one day of clean water for a person in need for every bottle sold.

Dora’s Naturals, a N.J.-based distributor of natural, organic and specialty foods and beverages, hired Dan Reade as its Director of Sales Operations and Food Service. Reade previously worked with Manhattan Beer Distributors and Big Geyser Inc., one of the country’s largest independent distributors of non-alcoholic beverages.

Advertising Age reported that Emmanuel Seuge, a longtime marketer with Coca-Cola, is launching a new company that will invest in emerging startups. Seuge had been the vice president of content for Coca-Cola North America and helped shape the company’s entertainment marketing and content strategy, according to Advertising Age.