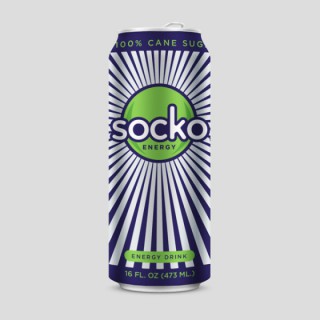 SCOTTSDALE, Ariz., Feb. 3, 2016 /PRNewswire/ — Socko Beverages, Inc. today announced it has launched Socko energy drink. The beverage, which is offered in original and Slim flavors, will be introduced to the Arizona marketplace this year through a distribution agreement with Southern Wine and Spirits of Arizona, one of the state’s largest wine, spirits, beer and non-alcoholic beverage distributors. Socko and Socko Slim were made available to the public for the first time at the Barrett-Jackson car auction in Scottsdalelast month.

“We’re thrilled to be launching Socko in our hometown,” said Jeff Mayhall, CEO of Socko Beverages, Inc. “It’s a great way to kick off both the new brand and our new partnership with Southern Wine and Spirits.”