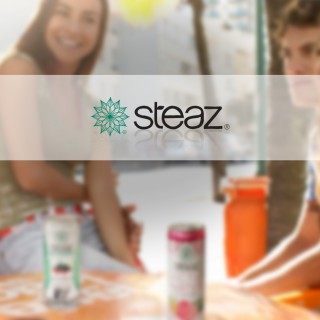 Documents obtained by BevNET indicate that Steaz has retained the services of First Beverage Financial, the investment banking arm of First Beverage Group, who have sought a $30 million minimum bid to acquire the company. It is unclear where the company is in the process of negotiating a potential sale, although sources close to the company indicated that some bids have been received.

According to a First Beverage-produced presentation on Steaz dated September 2015, the brand was on track to generate more than $17 million in gross sales for the year. The presentation also projects Steaz to “increase its revenue at a compound annual growth rate (CAGR) of 47 percent from 2013 to 2019 driven by continued growth in the natural channel, expansion into new channels and new product launches.” With the majority of its sales coming out of the natural channel First Beverage indicated that “significant whitespace” remains for Steaz, which is still “significantly underpenetrated in conventional, mass, club, drug and convenience channels.”

The latest in Steaz’s innovation pipeline has been the recent introduction of a green tea and cactus water line extension, which the company unveiled at Natural Products Expo West. First Beverage’s presentation on the company also shows flavor additions to its range as well as upcoming revamps of Steaz’s kids and energy lines.

Steaz’s largest shareholder is venture capital fund Inventages Wealth Management, an investment arm of Nestle, S.A. Inventages invested $11 million in the company in 2008, acquiring a 73.6 percent stake in the company. Earlier investors in Steaz, Maris Acquisitions LLC, holds a 10.7 percent stake. Co-founders Eric Schnell and Steven Kessler, along with a small, remaining group of investors account for the remainder of Steaz’s ownership.

Inventages’ investment in Steaz in 2008 followed the success of the fund’s 2007 investment in Honest Tea alongside Stonyfield Farms. A year later Honest Tea would sell a 40 percent stake in the company to The Coca-Cola Company in a deal worth $43 million. Coca-Cola went on to buy the rest of Honest Tea in 2011.

First Beverage Financial has had a strong track record assisting beverage companies in the process of raising capital and pursuing sales. At the top of 2015, First Beverage acted as financial advisor to Argo Tea in its capital raise from Breakwater Investment Management. In December the company played banker to Four Peaks Brewing and Breckenridge Brewery, which led to sales of the craft beer companies to Anheuser-Busch InBev.

First Beverage Group did not respond to requests for comment.