February 20, 2017 (Austin, Texas) – Me & the Bees Lemonade and its twelve-year-old founder will be featured on the February 24th episode of ABC’s 20/20. The episode “Shark Tank on 20/20: The Road to $100 Million in Deals” will highlight the lemonade founder, Mikaila Ulmer and her success as a millennial entrepreneur following her 2015 appearance on the ABC hit show, Shark Tank. The 20/20 episode will also feature a handful of other business that have collectively closed $100 million dollars in deals during individual appearances on Shark Tank.

Me & the Bees, formerly known as BeeSweet Lemonade, was conceptualized eight years ago, by a then four-year-old Mikaila. What started out as a local lemonade stand inspired by Makaila’s fascination with the prolific pollinators, is now a line of natural lemonades distributed throughout the Southern US and along the East Coast in retailers including Whole Foods Market and Wegmans. It is also available in Mikaila’s hometown of Austin, Texas at locations including W Austin and Fresh Plus. Me & The Bees line of all natural, sustainable products are distributed by United Natural Foods, Inc. 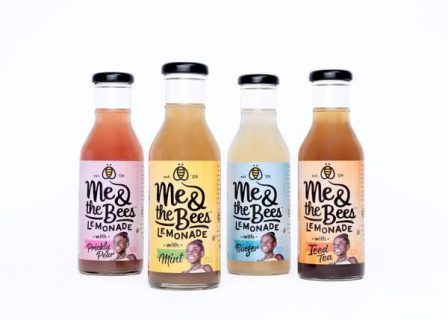 The 20/20 airing will profile, among others, the success of Me & the Bees which has grown more than 400% since debuting on Shark Tank. Success for the brand, also equates to saving bees – a passion of Mikaila’s that bloomed at the initial launch of her lemonade stand. A portion of proceeds from each sale goes to organizations invested in the future of the planet and supporting honeybees.

Me & the Bees Lemonade utilizes the brand management services of Cascadia Managing Brands, based in Ramsey, NJ, to assist with their sales and maketing efforts.

For more information about Me & The Bees Lemonade including how to become a retail partner please visithttp://meandthebees.com/pages/wholesale.

About Mikaila Ulmer and Me & the Bees

Being offered a deal by Daymond John on the show Shark Tank was just the beginning of business successes for Mikaila. The award winning Me & the Bees Lemonade is in grocery stores, coffee shops and natural and organic food stores across the country. Mikaila has shared her story with Good Morning America, NBC News, The Real, Forbes and TIME and introduced President Barack Obama at the White House United State of Women Summit. For additional information see MeandtheBees.com, Facebook.com/MikailasBees,Instagram.com/MikailasBees and @MikailasBees.