Having gotten into the nitro cold brew coffee game early, Cuvee is looking to stay ahead of the curve. 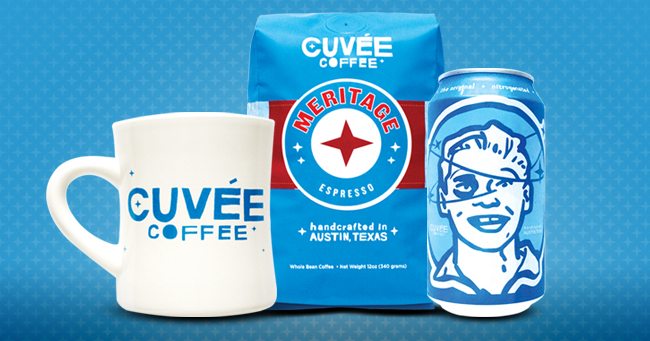 The Texas-based coffee company began serving nitro-infused cold brew at its Austin cafe in 2011, followed by the debut of a 12 oz. canned version called Black & Blue in 2014. In the years since, as cold brew has evolved from niche drink into a leading force driving coffee innovation, Cuvee’s early instincts have been proven correct. Yet the brand has thus far stuck close to home, where it is available in Texas locations of H-E-B, Central Market, Whole Foods, Target, Snap Kitchen, Verts, and local independent grocery stores.

Now, with cold brew’s momentum at retail at an all-time high, the company has opened a new 11,000 sq. ft. production facility to further hone its expertise in the category and is incorporating innovations to its brewing process and product design.

In broad terms, Cuvee founder and CEO Mike McKim said the new facility, which he referred to as the “cold brewery,” would allow the company to boost its production capacity and establish a retail presence outside of its home state. More specifically, it has allowed Cuvee to introduce a new brewing process in which water, rather than being at room temperature, is chilled down to 36 degrees before brewing and kept cold from start to finish.

“I’d be willing to say we are probably the only people on the planet right now at any type of volume that are actually cold brewing,” he said, adding praise for his R&D team’s ability to effectively saturate the coffee with nitrogen while brewing. “The epiphany for this was we noticed in the summertime the cold brew would taste a little bit different than it would in the winter time obviously because of the ambient temperature. Now that we are cold brewing at 36 degrees all the way from the very beginning, just the smoothness and the sweetness of the coffee is exponentially more.”

Even as it just comes online, the new facility, located just over a mile down the road from the Cuvee roastery in Spicewood, Texas, is designed with still further expansion in mind. McKim described three phases of growth. Phase one was building out the infrastructure. Phase two involves adding more tanks and swapping out the current can line for a new one. Finally, phase three would see the original tanks replaced, at which point McKim said the company would be able to produce two million cans of cold brew per month.

With the new process fully integrated into the now operational facility, McKim said the company’s national sales team was currently meeting with retailers and distributors outside of Texas in anticipation of a national rollout for its cold brew. He was confident that the market had matured enough to the point where finding cold chain distribution would not be a significant issue for the company.

“I spent all these years trying to convince people that this is going to work,” he said. “Now everybody is realizing it’s not just a niche.” 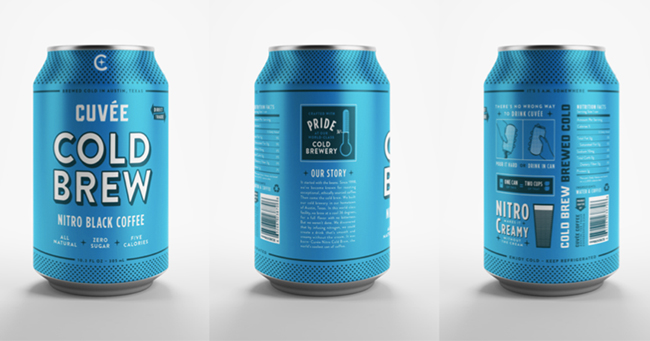 While McKim points out that cold brew will be the source of “exponential growth” for Cuvee, it represents only 10 percent of its total business. As a vertically integrated company that sources and roasts all its own coffee, the RTD and dry coffee segments are interlinked, and McKim said that the company was also making investments in its roastery to better serve Cuvee’s evolving interests.

As part of that brand evolution, Cuvee will be rolling out a new can design starting on Jan. 1, 2018. McKim said the updated look would include various touch points and “all the things that we’re missing” from the current can. That will be followed by the launch of two new nitro-related products later next year.

“I feel like, for us we are really fortunate because the timing is really good for us to really be a player in the cold brew category for sure,” he said.