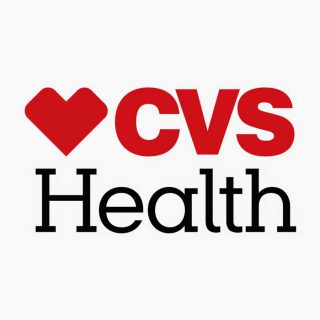 Eating clean and living a healthier lifestyle are common New Year’s resolutions to make, but often the new gym membership is cancelled by the end of January and for some it’s back to fatty take-out meals. But ever since CVS rebranded as CVS Health and stopped selling tobacco in 2014, the national drugstore chain has stuck with its promise of promoting personal wellness by bringing better-for-you foods and drinks to its shelves. Now, the company is continuing its mission with a new pilot program that brings an array of healthier beverages to the store.

In June, 2016, CVS announced an expansion of its healthy food and beverage selection to 2,900 stores nationwide, a massive jump from a 500-store pilot that began in 2015 and included drinks like Vita Coco and Bai. Under the radar, CVS has also launched a new pilot program specifically for better-for-you beverage brands, introducing grab-and-go coolers and shelf-stable stock to 450 stores in nearly 20 states.

Although CVS Health declined to comment for this story, BevNET spoke with executives from several of the brands included in the new program. They expressed enthusiasm at the opportunity to expand into CVS stores throughout the country and, for some, a chance to cross over with mainstream audiences.

“Inside, the stores look very different from even just a couple of years ago,” said Kate Weiler, co-founder of DRINKMaple, which markets a line of maple water beverages. “You can tell when you walk in they’re really making an effort.”

For DRINKMaple, entering drug stores had not been a part of the company’s 2016 gameplan, but it was certainly a welcome development. While it is not the company’s largest chain, being in CVS is a major opportunity to grow awareness of the 2 ½-year-old maple water brand, Weiler said.

Adam Hertel, Senior Vice President of Grocery Sales and Alternate Channels for tea giant ITO EN North America, was initially approached by CVS in 2015 to begin stocking the company’s Matcha LOVE brand as a part of “version 2.0” of the chain’s healthy rebranding.

“With the decline of carbonated soft drinks, drug retailers were waiting to see when the right time was to pounce,” Hertel said. “It’s finally at a point where they realize the scales are tipping and the risk assessment is a lot safer.”

CVS is selling two varieties of Matcha LOVE, the organic Matcha + Green Tea flavor and organic ginger flavor. Hertel said placement of the teas could could be expanded to upwards of 1,000 stores if the pilot is successful. 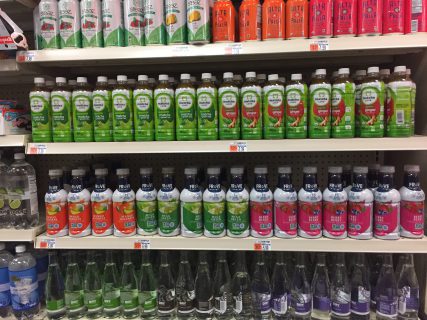 BevNET spotted many better-for-you brands at a CVS in the Boston, Massachusetts area.

Many of the brands in the program reported being contacted by CVS throughout 2016. Danny Stepper, co-founder and CEO of brand incubation firm L.A. Libations, said his company was approached in March to discuss placement of aloe water brand Aloe Gloe. Caliwater co-founder Matt McKee told BevNET in November that he connected with CVS over the summer regarding the company’s Cactus Water drinks.

Sharelle Klaus, founder and CEO of DRY Sparkling, said her craft soda brand was tested in CVS Health stores in “a few states” before being rolled out to the full 450 stores running the pilot. DRY, she said, is now under review to expand further.

“Their consumer is demanding this,” Klaus said. “Diet soda is declining significantly and DRY is one of the only sparkling sodas with a low-calorie count out there. We’ve been seeing this for years, but we weren’t sure if the channels would be willing to step up.”

Klaus said moving into a chain like CVS is a part of DRY’s natural growth, but that it wasn’t clear if or when other drug stores would be ready to follow suit. Hertel agreed, but hopes if CVS deems the program a success, other drug chains will begin stocking a greater variety of innovative and better-for-you drinks.

“For the drug channel this is really symbolic, and I hope it’s foreshadowing of where we’re headed,” Hertel said.