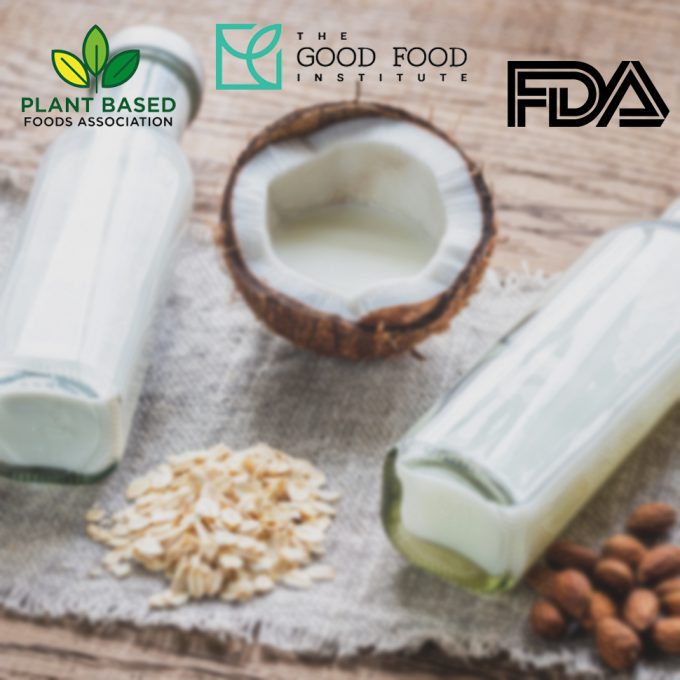 While dairy sales have declined and plant-based alternatives are swiftly growing their share of the market, the dairy lobby has finally begun to gain traction in Washington with the introduction of the bipartisan Dairy Pride Act. The Senate bill, if passed, would define a strict legal definition of the terms “milk,” “yogurt,” and “cheese” to refer to food and beverages produced from barnyard animals, banning nut and plant-based brands from using the words on their non-lactose alternative products.

But “alt-dairy” producers and advocates are now fighting back against that regulatory refinement. The Washington, D.C.-based Good Food Institute, which focuses on the growth of plant-based and cultured “clean” protein and dairy products and businesses, submitted last week a citizen petition to the U.S. Food and Drug Administration (FDA) which calls for the agency to allow alternative beverages to continue using the term “milk,” so long as they are clear on the packaging that the product is not dairy.

Speaking to BevNET, Good Food Institute senior communications specialist Emily Byrd defended companies’ right to use terms like “soy milk” and “almondmilk,” saying there is no consumer confusion and that attempts to restrict the language could even be considered unconstitutional.

“Plant-based alt-dairy producers are completely within their constitutional right to use terms such as ‘milk,’ ‘cheese,’ and ‘yogurt’ on their label so long as a modifier is used that clearly explains what the product is,” Byrd said. “These products have been on the shelf for decades, and consumers clearly know what these products are. No one thinks they’re getting an item from a soy cow. To label it otherwise would only be confusing for consumers.”

Current FDA regulations do define the terms as dairy products created from “the lacteal secretion” of cows, but those rules have not always been strictly enforced.

On Tuesday, the Plant Based Foods Association announced it had hired law firm Alston & Bird to represent its interests in Washington, D.C. Leading the team is Shannon Campagna, a former lobbyist for Mars, Inc. In a press release, the trade association cited the recent efforts to legislate dairy alternatives as the need for a new legal team.

Michele Simon, executive director of the Plant Based Foods Association, told BevNET that the FDA’s silence on the standard of identity issue could be a clue that it isn’t near the top of the agency’s priorities list, particularly as the dust settles on the new presidential administration.

Although President Donald Trump has made the Environmental Protection Agency a target for major budget cuts, and has boasted government-wide deregulation as a major platform policy, it still remains unclear how the executive branch will address food-related issues going forward.

With the dairy industry’s vision for food labeling gaining legs on Capitol Hill, Byrd said the Good Food Institute’s petition is one of the first steps to getting a response from the FDA.

According to Simon, if the petition opens the floor to a debate, it will have been helpful.

“We need all tools in the toolbox and we need all solutions on the table,” Simon said. “To the extent it might help move the conversation along, then it’s useful.”