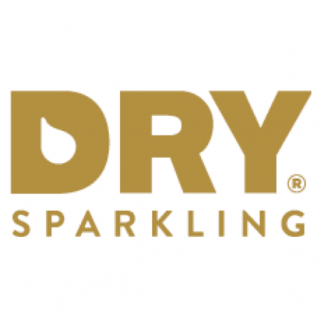 Seattle, Wash. (Dec. 21, 2016) – DRY Soda Co., creator of lightly sweet, culinary-inspired sodas, has achieved major year-over-year gains throughout North America in 2016 by expanding distribution of its craft beverages to new major retailers and channels. According to most recent 52-week SPINS data, DRY Sparkling continues to rank among the top brands in growth and growth contribution in the Craft Soda/Sparkling beverage category across traditional, natural and specialty retail channels. The Craft Soda category experienced a boom in 2016 fueled by increased consumer demand for better-for-you options, and DRY is growing four times faster than the category as a whole.

“2016 was an exhilarating year for us! We grew our placements, retail partners and on-shelf offerings with many of our existing retail partners, but also covered new territory in channels like Drug, Club, Grocery, and Convenience & Gas,” said Sharelle Klaus, Founder and CEO of DRY Soda Co. “For the first time, we saw retailers like Target and 7-Eleven make a commitment to our better-for-you culinary sodas, and we’re thrilled to see consumers respond positively. We’ve also added facings at Kroger, Safeway/Albertsons and several specialty chains – in many cases, we’re up by triple digits across the board. We can’t wait to see what the next year holds and are excited to bring even more innovation to the beverage aisle.”

During the past year, DRY has made significant gains in existing and new channels, including:

DRY also released several limited edition offerings in 2016, including two award-winning summer flavors: Serrano Pepper DRY Sparkling and Malali Watermelon DRY Sparkling. Fuji Apple DRY Sparkling, which was released exclusively at Target in the spring of 2016, won several awards from both consumer-facing and industry publications for its uniquely crisp and luscious flavor profile. Finally, the company unveiled Cranberry DRY Sparkling and Ginger DRY Sparkling in 750 mL packaging for the holiday season, which met incredible success at new retailers such as Wegmans and Acme.

Each flavor of DRY Sparkling is great sipped on its own, paired with a meal or mixed into a cocktail. DRY Sparkling is crisp, well rounded and refreshing, unlike other sodas that can have flat or overly sweet flavor profiles. DRY Sparkling is available nationwide at Kroger, Target, Safeway, Whole Foods Market, Amazon.com and more. For more information, paring ideas and craft cocktail inspiration, please visit www.drysparkling.com.

Founded in Seattle, Wash. in 2005, DRY Soda Co. is the creator of lightly sweet, culinary-inspired sodas. Made with just a touch of cane sugar, each DRY variety honors a singular botanical flavor. DRY is great on its own, paired with food or mixed into cocktails. The full line is available in ten flavor-forward, crisp, unexpected varieties: Fuji Apple, Lavender, Blood Orange, Rhubarb, Vanilla Bean, Juniper, Rainier Cherry, and Cucumber, plus limited edition 750 mL bottles in Cranberry and Ginger. With a clean ingredient panel and bright flavors, DRY Sparkling is a refreshing beverage that can be enjoyed anytime, anywhere. For more information, visit www.drysparkling.com.