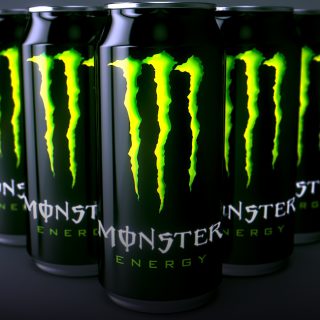 Executives from Monster Beverage Corporation discussed a variety of topics on Thursday during the company’s annual investor call, including the performance of its new Mutant “super soda” drink and the status of its forthcoming coffee innovation, Cafe Monster.

The investor call comes after a year of mixed results for the energy drink brand, the first since The Coca-Cola Company purchased a 16.7 percent stake in the brand for $2.15 billion in June, 2015. The deal included a transfer of Coke’s energy portfolio to Monster in exchange for Monster’s non-energy brands, as well as an agreement to integrate Monster into Coke’s global distribution system.

After reporting double-digit growth in Q2, net and gross sales slowed to 4.1 percent and 5.9 percent, respectively, in Q3, company stock has fallen 20 percent in the last six months amid signs that the overall category slowing down faster than some analysts have expected.

Monster Chairman and CEO Rodney Sacks began the call by pointing out that the company was outpacing its main rivals in the energy drink category, Red Bull and Rockstar. In the all-measured channel for a 13-week period ending on December 24, Monster increased 3.7 percent.

Turning to convenience stores, Sacks said he could not explain slow sales coming from the channel, which he said has historically been a major source of revenue for energy drinks.

“We don’t have an explanation for this,” Sacks said. “It just is what it is. We do think it is shorter term. We do think these things will start rectifying themselves as we head into the new year.”

Sacks praised the performance of the company’s major new product launch from last year, Mutant, an electric green colored energy “super soda” designed to directly compete with PepsiCo-owned Mountain Dew. While penetration has still been limited, he noted that Mutant achieved 9.1 percent of Mountain Dew’s sales per point of distribution.

Sacks explained that, bearing in mind the strategic decision to launch the product off-cycle in the fall in selected C-stores and with a limited promotional push, Mutant was off to a good start. He reported that Mutant had taken a 1.2 percent dollar share of the category, while Mountain Dew, the leading single 20 oz. SKU in the convenience store channel, was down 1.1 percent. He added the company was exploring the possibility of adding additional flavors to the line.

“The price point is at $1.99, which is about 20 percent above the average price point for Mountain Dew,” Sacks said, noting that Pepsi’s drink was “very promotionally driven during this period anticipating our launch.” “We look at Mutant and the performance over the last quarter as being very important for the brand.”

The presentation also included information about Hydro, an energy-enhanced, non-carbonated hydration drink which is positioned to compete with Mtn Dew Kickstart when it launches in three flavors in spring 2017. Sacks explained that Hydro’s characteristics have the potential to broaden Monster’s overall use occasion, consumer demographic and shelf-space.

“We think it does justice to what we are trying to do,” Sacks said, adding that he saw Hydro being shelved in the same cooler as hydration beverages with some functional element, such as Bai and BodyArmor, rather than energy drinks, sports drinks or bottled water.

The company also discussed domestic production issues related to its Monster Java line, which resulted in an inability to fully meet demand in the last few months. Sacks said that shortages led to a 20 percent decrease for Java Monster in December, and that the production constraints cost Monster $20 million in lost revenues in the past quarter.

Looking to grow in the coffee category, Monster is also moving forward with plans to launch an energy drink made with espresso and cream that is an extension of the Java Monster line and referred to by Sacks as a direct competitor for Starbucks’ 6.5 oz. Double Shot Espresso drinks. The drink will be produced in Europe.

Java Monster’s manufacturing challenges in turn has affected the launch of Cafe Monster, a new RTD coffee beverage first reported by BevNET in October. Sacks explained that the product’s debut has been pushed back because its slower pace of packaging would force the company to curtail production of Java Monster.

“Java Monster is an established brand that is growing, so it didn’t make sense to limit production and then try and introduce something that’s new,” Sacks said. Instead, he said Monster plans to produce Cafe Monster in Europe and build up inventory ahead of its projected launch in the second half of 2017 and then transition to domestic manufacturing once production issues are settled.

Sacks also gave investors an update on Monster’s long-term efforts to fully integrate its global distribution into the Coca-Cola network. After transitioning distribution in 12 countries to 2015, the company transferred an additional 25 countries to the Coke system this past year and has about 20 remaining, said Sacks.

Monster’s $690 million acquisition of its longtime partner American Fruits and Flavors (AFF), first reported in February, was also touted as a significant achievement during the investor call. Sacks said the decision to purchase AFF, the flavor house which has developed Monster’s flagship energy drink flavor and others for the company, puts the company in a position “to work closely with [AFF] to develop new products and new flavors and potentially lowering the cost of goods even further.”

The contents of Monster’s investor call, however, did not have a major impact on some financial analysts’ projections for the company. In Wells Fargo Securities’ “Beverage Buzz” report, Bonnie Herzog, managing director for equity research at the investment, wrote that after the investor meeting the firm “came away with our cautious view unchanged.” Higher marketing spend to drive growth, margin dilution and overall deceleration of the energy category at retail were cited as reasons.

On TheStreet.com, writer Chris Laudani said that investors may be wary of Monster in the wake of U.S. case volume growth estimates being downgraded from 8 percent to 6 percent. Judging fourth-quarter revenue estimates of $724 million, a 12.3 percent increase,

“To me, those estimates look high,” Laudani wrote. “I think the energy drink business is slowing faster than expected and analysts will be forced to cut estimates into next year. For example, in 2015 revenue grew just 8.9 percent. While analysts are expecting the Coca-Cola deal to jump start growth, I didn’t hear anything at the analyst meeting that would drive sales to double-digit percentage growth.”