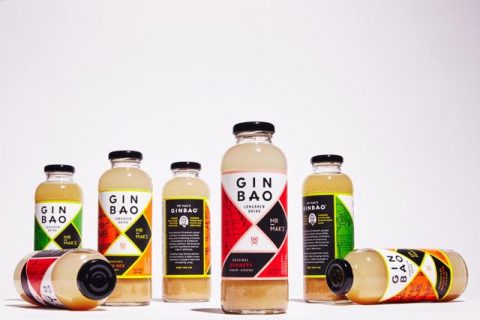 Ginbao was a literal return to the founder, Mr Mak’s roots. He revived his old recipe and then himself, simmering ginger and ginseng for hours into the perfect Bao. Word spread. Soon he was getting requests throughout New York City from Queens to Canal Street.

“We created Ginbao to bring the health benefits to everyone, not just the flavor,” said founder Mr. Mak. “It takes true ingredients and time to create a potent, precious Bao. Many tries later, we found it.”

Ginbao takes its name from that core recipe:

“Mr. Mak’s has successfully made a TCM inspired health beverage accessible to the consumer,” says Certified Aruvedic Practitioner Cooper Chou. “Each beverage has an Ayurvedic benefit that caters to each person and their specific needs.”

Mr. Mak’s Ginbao has three longbrews, each with key ingredients drawn from traditional remedies to deliver great taste and specific effects. All are un-carbonated, gluten-free and natural, no added sugar and as few as 40 calories.

As a refugee in the 1970’s, the founder Mr. Mak hustled nonstop for his American Dream. He got it, along with stress, exhaustion, and physical funks. But then he remembered an old family recipe for a Ginger Bao (brew) with ginseng. He put the kettle on and was soon enjoying renewed health and sharing this potent drink with family and friends from Chinatown to Queens. Now he’s bringing the jing to people everywhere.