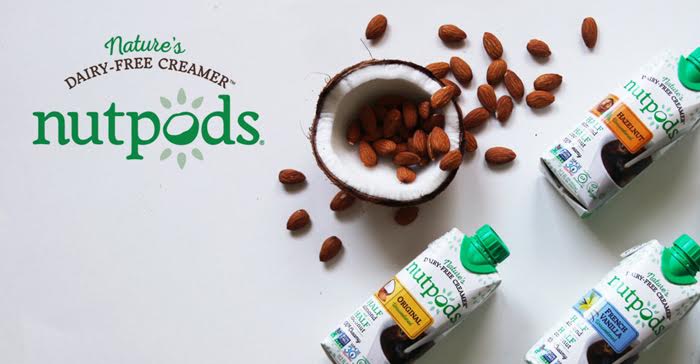 Approaching its third anniversary, plant-based non-dairy creamer brand Nutpods is heading into 2018 with its eye on the grocery channel as the brand enlarges its brick-and-mortar footprint with 3,000 new retail accounts and new funding from CircleUp Growth Partners.

Following a successful Kickstarter campaign in 2015, the company, which markets almond and coconut-based creamer products, officially launched as an ecommerce business on Amazon and has been a rising star in the online marketplace. In September, a new Pumpkin Spice seasonal SKU debuted as the second top selling grocery product on Amazon, selling out stock in less than three weeks.

In December, 2016, the company closed a Series A funding round on CircleUp’s Marketplace platform. On Thursday, Nutpods announced that CircleUp Growth Partners has invested an undisclosed sum in the company.

“As a successful start up nutpods was approached by many interested investors, but it’s hard to find the right partner,” said Madeline Haydon, Founder & CEO, in an e-mail to BevNET. “As a next generation ‘better-for-you’ brand that built its foundation online and is now growing quickly at retail, we needed a partner like CircleUp. We have had an informal relationship with CircleUp since nutpods launched, and they understand our mission and the dynamics of our growth arc. CircleUp’s Helio platform will help us grow nutpods in the smartest way possible.”

At NOSH Live Winter 2017 in Santa Monica, California on Thursday, CircleUp managing director Alison Ryu announced the investment, noting that since its launch Nutpods has experienced a 500 percent compound annual growth rate. CircleUp came to Nutpods via its machine learning algorithm Helio, a program designed to search the web for startups and emerging brands and identify their ability to succeed.

“Helio was able to identify [Nutpods] because of its strong product reviews, early growth, and overall brand, which allowed us to start a conversation with Madeline Haydon,” Ryu said. “…We are thrilled about the opportunity to work with that team and we look forward to helping Nutpods continue to grow.”

Even before entering traditional retail, Nutpods has rapidly become a multi-million company on the strength of a savvy social media presence and strong marketing team. Partnerships with influencers such as Danielle Walker of Against All Grain, Whole30 co-creator Melissa Hartwig, and Nom Nom Paleo have bolstered the brand’s sway with its target demographic of vegan and health-minded consumers.

In a phone call earlier this month, Haydon explained how Nutpods has taken a skeptical approach to investments in order to motivate her team to take careful and well-planned strategies on every major decision. Too much spare cash too quickly, she said, can result in risk aversion and sloppy execution, underscoring the importance for small companies to stay on their toes.

“We had one marketing campaign, an experiment that cost us $35,000,” Haydon said. “Because we are financially nimble, it did hurt. But I don’t want us to be complacent, and a $35,000 experiment isn’t going to be forgotten.” 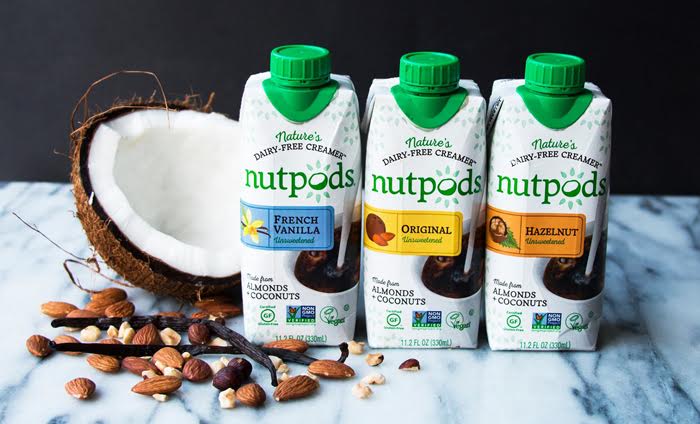 Haydon’s careful planning has extended beyond marketing into all aspects of the business. Since launch, the company has stuck with its three core SKUs — Original, French Vanilla, and Hazelnut flavors — with the season Pumpkin Spice being its first new product. More seasonal flavors are planned, but the slow pace of innovation has been wholly deliberate. Even as competing brands introduce similar plant-based creamers, Haydon said she feels secure in the knowledge that the brand has built a loyal following that will keep fueling its future growth.

“Kickstarter allows you to know whether or not you are coming out with the right product,” Haydon said. “Then from there, if you are able to successfully fund, you have a base of early adopters for your product.”

The close relationship between the company and consumers created via Kickstarter allowed Nutpods to get direct feedback on the creamers from the campaign backers. That strategy has not only allowed Haydon to better refine the formula, but created a sense of ownership and loyalty among the brand’s early stage supporters.

As Nutpods prepares a wide expansion with to-be-announced chain retailers, Haydon said the company’s initial success in ecommerce has changed its perception among buyers. When the brand launched, she said, most grocery buyers still viewed Amazon as competition and didn’t want to bring on brands popular on the site. Today the feelings has changed, as retailers recognize that online sales translate into turns in traditional brick-and-mortar stores.

“I remember when I started out two years ago I was afraid to tell retailers about our success on Amazon because they would see it as competition,” she said. “They’re realizing today their customers are not different, their customers are the same people buying milk and eggs in their store then going on Thrive or Amazon to get the product selection they can only find online.”

Nutpods has hired two additional senior sales executives to help build its presence in grocery. Scott Walker, who has worked with brands including Angie’s Boomchickapop and Oregon Chai, will act as Director of Sales – Natural. Mike Barone, who has worked with Halfpops and Stacy’s Snacks, will serve as Director of Grocery Sales. Both will report to recently hired VP of Sales, Mark Nunn. Nutpods has also hired Tara Foster, a senior operations executive specializing in food manufacturing, as VP of Operations to help build innovation.

“nutpods is an exceptional product with an authentic and relatable narrative, a rare combination that helps build great brands,” Gallego said in an e-mail. “I see so much potential in nutpods and its leadership team and am excited to head marketing as the brand expands nationally.”