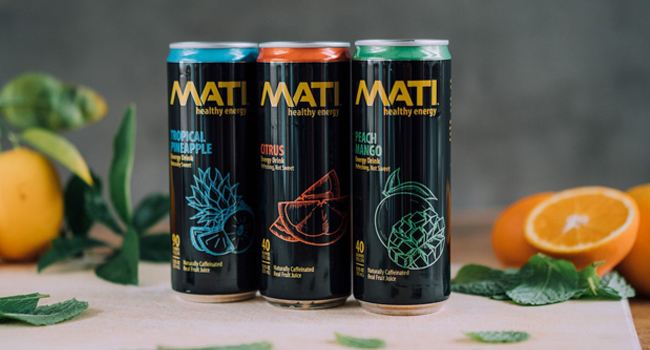 Even as he brings his own depth of experience to a new role as CEO of guayusa-based energy drink maker MATI, Eric Masters has a hard act to follow.

In January, MATI founder Tatiana Birgisson, who started the brand out of her dorm room while enrolled as an undergraduate student at Duke University in 2012 and was recognized as part of Inc. Magazine’s annual “30 Under 30” list, announced she was leaving the company. Now, Masters, a former Coca-Cola executive who was hired in July as a permanent replacement for interim CEO Lauren Whitehurst, is aiming to build on Birgissons’s entrepreneurial spirit and take MATI from local success story to a national brand.

“If you think about what Tatiana represented and the story of what she created and how she did it and the energy she needed, I think that’s something that’s really core to MATI’s existence but also extremely relevant to our consumers who are out there looking for healthy alternatives,” said Masters, speaking to BevNET earlier this week. “How we talk to the general populations and consumers about that mindset I think will be part of helping the brand come to life.”

While Birgisson no longer has an official role with the company, Masters said that he has a “great relationship” with her and that they are in touch regularly. Yet he is taking the helm of a company that looks much different to the one she created as a college student. MATI has raised over $6 million in equity financing since 2015, with the most recent round led by IDEA Fund Partners, Duke Angel Network, and DUMAC in May 2017. The company operates its own 30,000 sq. ft. production facility with R&D capabilities.

While MATI was growing, Masters was working outside of beverage. Having helped in the marketing and management of brands like Fanta and Dasani while an executive at Coca-Cola in Atlanta, he had since shifted gears and was working on business development with several B2B software companies in the North Carolina. Having been an investor himself in MATI since 2016, he began a dialogue with Whitehurst that eventually led to him being offered the CEO role.

As it restructures behind the scenes, MATI finds itself in one of the beverage market’s highest growth segments: natural energy drinks. The combination of consumer demand for less sugar and more real ingredients has drawn new players into the space, as highlighted by the acquisition of Hiball by Anheuser-Busch InBev in 2017 and All Market’s purchase of Runa earlier this summer.

“We absolutely think that natural energy is mainstream at this point,” Masters said.

However, the company is taking a different approach to its key ingredient of guayusa. While Runa, which also uses guayusa for its natural caffeine source, emphasizes its sustainability and ethical business practices in its branding, Masters called it “more of a reason to believe, not the primary message.” In its design and branding, he noted, MATI will be exploring “how much detail you need to get into” to communicate the essential product benefits to consumers quickly and clearly.

Looking ahead, Masters said growing the product’s retail presence on the East Coast will be the initial focus heading into 2019, while continuing to support existing retailers like H-E-B. The company will take an omni-channel approach to expansion, he said, and building out a DSD network will be a priority as the brand seeks to add to its 1,200 current points of distribution.

To help those efforts, in July the company hired Mark Mullins, a co-founder of North Carolina-based distillery Social House Vodka, as vice president of sales. At the Natural Products Expo East 2018 trade show in Baltimore this week, Mullins shared that the brand will be pivoting to an organic formulation starting next year, as well as introducing a new logo and packaging design. MATI will also debut a zero calorie line that will be available in three new flavors.

As the company prepares to enter a potentially exciting new growth phase, Masters looks to retain the scrappy attitude and enthusiasm that attracted him as an investor to MATI in the first place.

“The heritage of the brand — how it was started by a student in her dorm room — is still a part of the brand and we plant to continue talking about that and using it as an overall brand story,” he said.