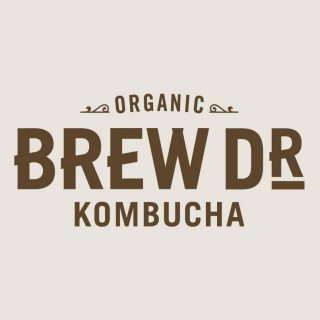 PORTLAND, Ore.— Brew Dr. Kombucha has joined the exclusive ranks of Certified B Corporation companies by becoming the first nationally distributed kombucha brand to meet the highest standards of social and environmental responsibility, accountability and transparency. Companies earn a B Corp certification by scoring 80 points or above on the B Impact Assessment and using the power of business to build a more inclusive and sustainable economy. There are currently more than 2,600 B Corps nationwide, including industry-leaders Ben & Jerry’s, Patagonia, Klean Kanteen and Stumptown Coffee.

“Receiving our B Corp certification is one of the proudest moments I’ve experienced since founding Brew Dr. Kombucha,” said Matt Thomas, Founder and CEO of Brew Dr. Kombucha. “Placing equal value on people, planet and profits has long been the foundation for our brand and will continue to be. We’re excited to join a community of companies and organizations that are bringing positive change to the world.”

Helping Brew Dr. earn a 91.3 overall B Impact Score and ensuring the company uses business as a force for good, Brew Dr. currently sources 100 percent renewable energy to save 1.42 million pounds of CO2 from entering the atmosphere each year. Brew Dr. also implements a closed-loop brewing process by repurposing its alcohol distillate, a natural byproduct of the brewing process, into tea-based spirits or pure ethanol for fuel to minimize impact on the environment.

In addition, Brew Dr. partners with the organization 1 percent for the Planet to practice community giving by donating 1 percent of the revenue of every bottle of its Love kombucha sold directly to local non-profits focused on benefiting the planet. Through that process, Brew Dr. donated more than $350,000 to local non-profits and charities in 2017. Brew Dr. is currently one of only a few companies in the country that is both B Corp certified and donates a portion of sales through 1 percent for the Planet.

Going forward, the B Corp logo will be added to all bottles, cans and future products released by Brew Dr.

Townshend’s Tea Company was started by Matt Thomas in 2006 with the idea of serving great teas in a casual teahouse setting. Over the years, the effort of presenting the wide world of tea to their guests has expanded the Townshend’s collection to over 120 tea offerings, including classic teas, rare varieties, chai latte recipes made from scratch, Taiwanese bubble tea, and an herbal apothecary line. The company now operates nine teahouses in Oregon, Montana and Utah. In 2008, the company began making kombucha in the kitchens of their then two teahouses, giving it the name Brew Dr. Kombucha. It was only natural for them to choose some of the same great custom tea blends they had developed for service at their popular teahouses and ferment those into kombucha. It turns out that approach is unique, as most commercially available kombucha is flavored with juice at the time of bottling. Brew Dr. Kombucha’s flavor profiles come from attention to the quality and formulation of the organic tea and botanicals used, creating a difference you can taste.