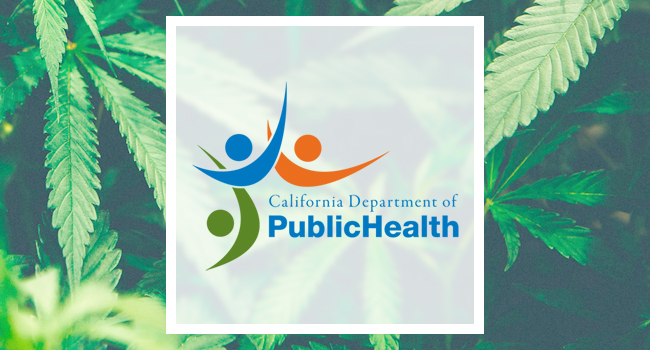 Beverage brands are at the front of a campaign to protect sales of cannabidiol (CBD) in California, after the state’s Department of Public Health (CDPH) released a revised FAQ stating the hemp-derived ingredient is not approved as a food or dietary supplement.

The FAQ clarified that CBD products derived from cannabis or industrial hemp are prohibited, however hemp oil is allowed. The CDPH cited a ban by the U.S. Food and Drug Administration (FDA) on the inclusion of CBD or tetrahydrocannabinol (THC) in any products.

In a letter addressed to CDPH director Karen L. Smith, 10 leaders in the California CBD beverage and supplement industries claim the department made numerous “substantive misstatements” about the legality of industrial hemp products, arguing that the FDA has not reached a final conclusion on the legality of CBD and that CBD is not scheduled as a controlled substance. Among the letter’s co-signers are GT’s Living Foods president and CEO GT Dave, as well as leaders of brands Kickback Cold Brew, M Kombucha, Whalebird Kombucha, LionCura, HYPATIA LLC, and VYBES L.A.

The letter argues that the decision by CDPH to prohibit the use of CBD “runs counter to the will of the California electorate when it overwhelmingly passed Proposition 64,” the 2016 referendum that legalized recreational sales of cannabis and hemp-based products in the state.

The coalition of brand leaders is working with the National Hemp Association, a nonprofit group, to lobby the CDPH to revise its FAQ in favor of allowing CBD. The group is also hoping to raise awareness and educate consumers; they recently launched the website DontBanHemp.com, which allows users to submit a form letter directly to Smith and other California public health officials.

Speaking to BevNET, Michael Bowman, founding board chair of the National Hemp Association and a member of the North American Industrial Hemp Council, said the CDPH FAQ is “perpetuating uncertainty” for the industry. Bowman said his organization is currently working to push Congress in Washington, D.C. to pass a version of the Farm Bill which includes pro-industrial hemp language before the body recesses in two weeks.

“It’s unfortunate the state didn’t come out by getting a roundtable together, getting some input [from business leaders] before the really launched this grenade into the industry, particularly in a market like California,” Bowman said.

For beverage brands, the CDPH’s announcement last month is already having an impact on sales and distribution. Omid Mousaei, co-founder of CBD-infused coffee and tea maker Kickback Cold Brew, told BevNET some retailers have dropped the brand and all other CBD products from their shelves in response, although most accounts have continued to sell. Co-founder Pierre Real added that the company has seen an increased demand from consumers who are panicked that they won’t have access to the products in the future.

Real said the company is sending emails to its consumers urging them to participate in the campaign and has also tapped into social media channels such as Reddit to boost the message. He noted that most CBD food and beverage brands in California are united in the effort, and that there are many companies who have not yet publicly spoken out but who are supportive.

“I think everything has also been a little more on the confusing side,” Mousaei said. “Information is coming out but there’s no actual facts or anything. It’s been more of a scare tactic, as I would like to call it, to put on hold everything CBD-related.” 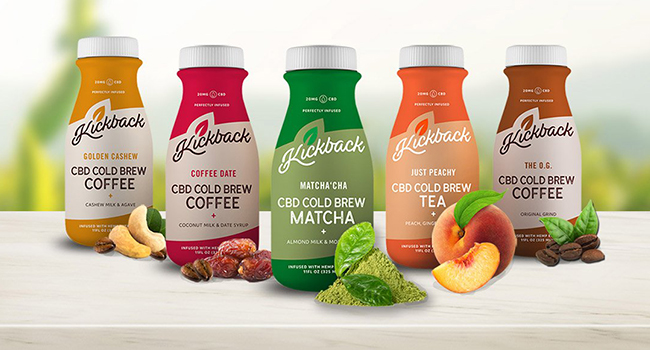 Bowman said part of the campaign includes recruiting op-ed writers to publish articles in the Los Angeles Times and other high profile news outlets. After efforts to pass the Farm Bill wrap, he added, the pro-hemp organizations will begin a “very aggressive education” campaign informing the public about how hemp and CBD products can impact the economy.

At Summer Fancy Food Show 2018, GT’s Living Foods unveiled a new “Cannabliss” line of kombuchas infused with 10mg of CBD per serving. Speaking to BevNET, GT Dave said he joined the campaign because he hopes to see the ingredient be one day unrestricted by the government.

“In my mind, CBD has unfortunately been kind of caught up in the cannabis conversation, which we all know is a very specific conversation and heavily regulated in certain states,” Dave said. “But with the CBD side of things I feel strongly that it should not be regulated to the degree that THC is, and the reason for that is it is completely different in the way people consume it, what it does for people, and I genuinely feel that this is an example of how nature is the greatest doctor and that the nutrients that are found in nature are the Earth’s best form of medicine.”

Dave said the CDPH FAQ revision has caused his company to scrutinize its use of CBD as not to break the law and has not yet decided whether the Cannabliss line will be put on hold. However he feels that “the door is open” to sit down and speak with regulators, and that working with the campaign and National Hemp Association will allow the industry to have a strong, united voice.

However, he said that even if the campaign is victorious, the industry will still need to work to protect the integrity and enforce standards for CBD products as bad actors in the category could diminish public trust in the ingredient.

“If people or brands start to gouge the public whenever they’re making a CBD product, or if they fairy-dust it and mislead them into thinking this is something that is effective and has a significant amount of CBD when in reality it doesn’t, you’ll lose consumer trust,” he said. “I think companies need to be responsible in how they formulate and how they sell these type of products to make sure that they don’t bastardize it in an effort to make a short term financial gain on an ingredient that really could have a very long life if we allow it to.”

The CDPH has not yet responded to questions sent by BevNET.