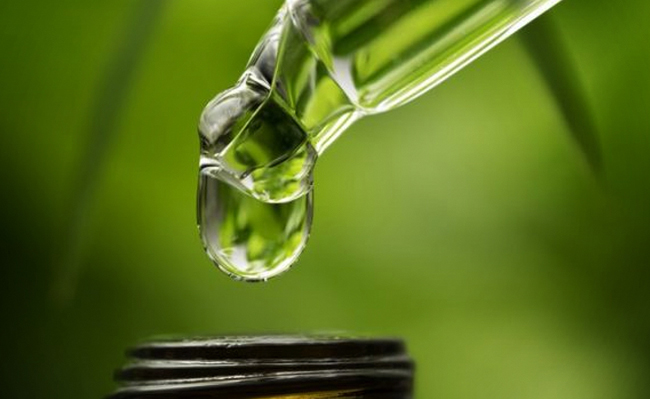 The intricate dance between federal and state regulators on cannabidiol (CBD) just got a little more complicated.

Earlier this month, the California Department of Public Health (CDPH) issued a revised FAQ in which it prohibited the use of CBD derived from industrial hemp in food and beverage products. The revised document states that “until the FDA rules that industrial hemp-derived CBD oil and CBD product can be used as a food or California makes a determination they they are safe to use for human and animal consumption, CBD products are not an approved food, food ingredient, food additive, or dietary supplement.”

Hemp-derived CBD, a non-psychoactive compound, has been a growing presence in the marketplace, generating $190 million in sales in 2017, according to the Hemp Business Journal. The fast-paced growth is in part due to a rising interest in natural functional foods and drinks. However, brands attempting to break into the market must navigate a maze of federal and state regulations that govern the legal production and sale of industrial hemp-derived CBD products in the U.S.

Industrial hemp is at the center of the debate in California. Under federal law, marijuana is a Schedule I Controlled Substance, a definition which includes all parts of the cannabis sativa plant other than the mature stalks, the ungerminated seeds, or pastes or oils extracted from those parts. CBD is derived mainly from the flowers and leaves, which means it and any other substance derived from those parts are considered an illegal controlled substance by the U.S. Drug Enforcement Administration (DEA). However, CBD manufacturers have cited the 2014 Farm Bill, which legalized hemp cultivated under state-sponsored pilot programs aimed at research, as legal protection.

The situation highlights the inherent risk for brands operating in the CBD space, in which the threat of federal action looms as a constant threat. CBD is not defined as a dietary supplement under federal law because it has already been the subject of investigational new drug applications, a position reaffirmed by Robert Durkin, deputy director of the Office of Dietary Supplement Programs, last month. However, Durkin also stated the agency has prioritized cracking down on products making unsubstantiated health claims on CBD products.

“This is kind of the proverbial case of you don’t have to outrun the bear, you just have to outrun the person standing next to you,” said Justin Prochnow, an attorney at Greenberg Traurig who specializes in legal and regulatory issues in the food and beverage industries. “As long as you aren’t making crazy claims, they are most likely going to leave you alone.”

With the federal status still in flux, some states have taken action themselves. Colorado passed the Colorado Hemp Foods Bill earlier this year which created a registration system for companies to legally produce hemp and hemp-derived CBD food and beverage products in the state. In March, Indiana, a previous flashpoint of the CBD debate, legalized hemp-derived CBD extracts that contained less than 0.3 percent THC and explicitly defined hemp-derived CBD as not a controlled substance.

However, until CBD’s status is resolved on a federal level, state laws only address one side of the issue. The CDPH FAQ is not a legal document and it’s unclear whether it is intended as a template for enforcement or as a way to influence manufacturers with a public statement, as Prochnow suggested was possible.

“Sometimes the FDA puts stuff out there and they hope a large number of people will change their habits just based on what the FDA said they might do,” he said. “California just put it out there that they aren’t the playground for CBD that some might have thought they were.”

As California waits for the FDA to act, Congress is proactively seeking to address the status of CBD: the Senate’s version of the Hemp Farming Act of 2018 would fully legalize industrial hemp cultivation and production of hemp-derived products including CBD. A House version did not include this exemption, and the two bills are currently in committee.

“At some point we are going to have a real federal final decision on this, because we’re not going to be able to have it done piecemeal [by states],” Prochnow said. “I’m still a big believer than in 2-3 years it’s going to be legal for everyone. I just don’t see how that toothpaste gets put back in the tube.”

The U.S. Food and Drug Administration (FDA) may be looking to enforce regulations against plant-based food and beverage makers currently using terms like “milk,” “yogurt,” and “cheese” to describe their products.

Last week, commissioner Scott Gottlieb released a statement announcing the FDA is working to update its standards of identity for such products and will soon open a public comment session. Gottlieb cited health concerns, including reported cases of rickets and kwashiorkor in children who consume plant-based alternatives instead of dairy milk.

“Such public health concerns are one of the reasons why we’re prioritizing this effort to take a closer look at the standards of identity for dairy products as part of our overall process for modernizing our standards of identity and advancing the information consumers have to inform their diets,” Gottlieb said.

The announcement came a week after Gottlieb commented on the issue during the POLITICO Pro Summit, where he stated that “an almond doesn’t lactate.”

Speaking with BevNET after the summit, Plant-Based Food Association (PBFA) executive director Michele Simon said she saw Gottlieb’s comments as an opportunity to achieve her organization’s goal of establishing a stronger standard of identity for plant-based products.

“I think it’s actually a positive development,” Simon said. “There’s been so much talk and anxiety and frustration, so this is an opportunity to create a record and have an official process to put our position out there and present data. This is providing a way forward to come to a resolution.”

Simon said she was more concerned with states enacting their own labelling laws, which would pose standardization problems for brands with national distribution. In North Carolina, state legislators debated a bill that would prohibit companies from using the term “milk” on non-dairy products and the PBFA does not want to see more states follow in suit. Federal standards, she said, would create a universal definition and could help plant-based companies to grow.

National Milk Producers Federation (NMPF) spokesman Chris Galen said his organization was encouraged by the FDA’s announcement and that he believed Gottlieb’s comments were indicative that the administration will ban plant-based foods from using dairy terminology.

“I think the significance today is that he said they actually want to do something about this and that he needs to have this comment period because it would represent a change in their enforcement posture,” Galen told BevNET. “He said that they had been emphasizing ‘enforcement discretion’ in the past, which I think is a fancy way of saying they had been looking the other way and pretending that this situation didn’t exist.”

Galen said that he believes a combination of NMPF’s lobbying efforts, disputes over regulations of lab-grown meats, and the rising popularity of plant-based products resulted in the FDA’s decision to enforce the regulations.

According to Bloomberg, plant-based food and beverage sales rose 20 percent to $3.3 billion in the past year. Within that space, non-dairy milk is up 9 percent to more than $1.6 billion.

Speaking with BevNET, New Barn co-founder and PBFA standards committee member Billie Thein said he saw the FDA’s announcement as “a solution in search of a problem,” but echoed Simon’s belief that the public comment session is a welcome opportunity for plant-based food makers.

“Some people think this would be a boon to the dairy industry,” Thein said. “I respectfully disagree, I don’t think it will do anything good or bad to the dairy industry. I think it’s neither here nor there; consumers are in charge. They are leading, they are seeking out what they want. And lately what they’re looking for is non-dairy experiences.”