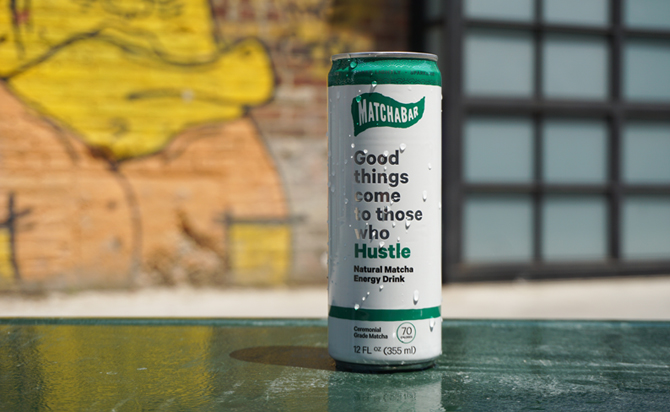 MatchaBar’s next meeting of investors may need a velvet rope at the entrance.

The company, founded in 2014 by brothers Max and Graham Fortgang, split the Series A round into three “closings,” beginning with a previously reported $2.25 million investment in July 2016. A second $2.5 million round, which saw rap star Drake join as an investor, followed last August as the brand entered into a new distribution deal with Whole Foods.

This latest round, a $3.5 million investment led by Diplo and Miller, arrives as MatchaBar has begun rolling out its new matcha-based energy drink, Hustle, to retailers nationwide. Funds from the new investment will be directed towards expanding distribution and expanding the company’s sales and marketing team, as well as supporting the launch of Hustle.

“If you want to compete in the energy drink world, we believe that you really have to speak the language of energy,” said Graham Fortgang in a call with BevNET last week. “That means two things: having a carbonated drink that’s in a 12 oz. can, that looks and breathes and acts like it was a Red Bull. The other side is the cultural side and that brings in these investors.”

To help build a cultural identity around the brand, the company has thus far focused mainly on music. Hustle made its debut at the Coachella Valley Music and Arts Festival in April, followed by further sampling activations at concert events including Governors Ball Music Festival in June and at Panorama Music Festival in New York next week.

The brand’s new backers are also likely to bring increased attention to the brand. In June, Drake shattered single-day records on music after the release of his album “Scorpion.” Diplo, meanwhile, has produced hit songs for pop stars like Justin Bieber and Katy Perry. The roster also includes a former Super Bowl MVP in Miller, an emerging talent in 16 year-old singer Eilish, and Elgort, who made a star turn last year as the title character in the thriller Baby Driver. 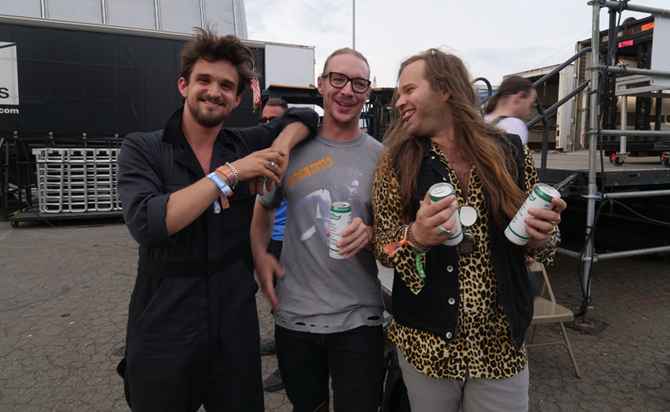 Fortgang said that the company sought investors from entertainment and sports industries that could drive consumer engagement for Hustle in their respective fields.

“We want to align with people who aren’t just performing but are really doing something to create communities,” he said. “I think for them it’s logical; energy is the universal language, and so I think many of them are becoming very understanding that no one is really drinking Red Bull anymore.”

To further promote the launch of Hustle, MatchaBar is launching a social media-based promotional campaign called “Gift the Hustle.” Instagram stories on the brand’s official page, as well as those of their celebrity investors, will allow the first 20,000 users to send a voucher for one free can of Hustle at Whole Foods to a friend.

As the brand seeks to build consumer awareness of matcha and its benefits, Fortgang noted that Hustle is an opportunity for MatchaBar to bring new users into the category and retailers by offering a different format. The brand is supporting that outreach with a short video featuring Elgort, Miller, Diplo and Eilish that Fortgang said is aimed at introducing the brand, and matcha in general, to a broader audience of consumers.

“All of a sudden [matcha] has a much wider audience in terms of people, price point and flavor [with Hustle],” he said. “As we begin to test it out with drug and big-box retailers, it creates a whole new vehicle to bring matcha into new hands.”

None of the new investors will be joining the company’s board of directors, which is comprised of the Fortgang brothers and their father Matthew Fortgang. Graham Fortgang said the brand has deliberately steered away from private equity funds thus far, focusing instead on building “a really inspiring list of angels and strategic investors from all over music, technology, and entertainment.”

“I joke that we have our starting lineup and I don’t like to dilute the importance of their involvement,” he said. “We have an amazing person in hip hop, film, nightlife, sports, and pop culture– those are my guys right now and I don’t anticipate adding anyone else in future rounds.”

Along with the debut of Hustle, in September MatchaBar will introduce a new flavor, Lemonade Matcha, to its 10 oz. bottled lineup. The SKU, which was sampled at the company’s booth during the Summer Fancy Foods Show 2018 in June, was inspired by MatchaBar’s pop-up collaboration with fast-casual restaurant chain Dig Inn in Manhattan.

“It’s our way of commemorating that storefront in SoHo, but also our belief that the future of brand growing is really allowing them to cross-pollinate to work together and collaborate,” he said.

For more on MatchaBar, listen to our interview with co-founder/CEO Graham Fortgang included in this week’s episode of Taste Radio.