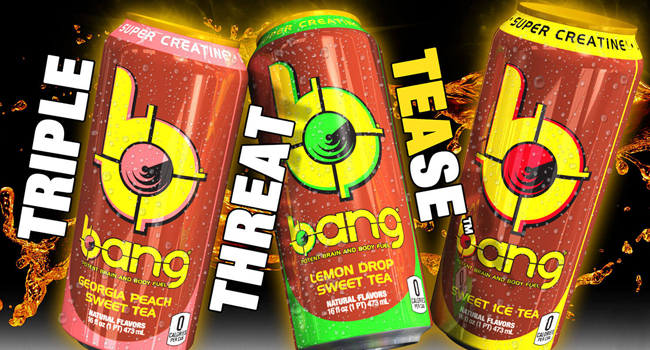 Can an energy drink treat Alzheimer’s disease? It depends on who you ask.

According to Vital Pharmaceuticals, the Florida-based producer of Bang Energy Drink which is marketed as the “world’s healthiest energy drink,” it can. According to attorneys from Monster Energy, who accused Bang of marketing “modern-day snake oil” , it definitely cannot.

Monster filed a complaint against Vital, which markets Bang under its VPX Sports label, in U.S. District Court for the Central District of California on Tuesday.The complaint takes aim at specific claims by made by VPX that Bang can treat chronic diseases and even “reverse mental retardation.” Besides Alzheimer’s, VPX founder and CEO John “Jack” Owoc also claimed consuming Bang can treat Parkinson’s disease, Huntington’s disease and other forms of dementia, as well as “improve brain function.”

VPX ties the products’ functionality to the use of branch chain amino acids (BCAAs) and “Super Creatine,” a form of water-stable creatine peptides that VPX claims is “much more bioavailable than regular creatine” and can “solve mental retardation as we age,” in the words of Owoc. Lawyers for Monster disputed those health claims, as well as the accuracy of research published by VPX that allegedly supported those conclusions.

Owoc is also named as a defendant in the suit. The complaint specifically questions his qualifications, noting that he uses the title of “Chief Scientific Officer” at VPX based exclusively on previous job experience as a high school science teacher.

Monster is claiming that VPX is engaging in false advertising detrimental to the energy drink industry and consumers at large. The complaint notes that copy on Bang’s website implies that rival energy drinks are “high sugar, life-sucking soda[s] masquerading as energy drink[s].”.

“I am amazed at the lengths some companies will go to make a buck,” said Marc P. Miles of Shook, Hardy & Bacon, counsel for Monster, in a statement. “I imagine this lawsuit is just the tip of the iceberg for Bang. I would not be surprised if the (U.S. Food and Drug Administration) took action or if there are consumer class action lawsuits for false advertising. What is interesting to me is whether retailers will become liable now that they are aware of the alleged issues with Bang’s ingredients.”

Vital Pharmaceuticals, founded in 1993, has also enjoyed some success with another energy supplement, Redline, which is sold in two SKUs in 8 oz. bottles. Both Bang and Redline have According to data from Chicago-based market research firm IRI, sales of Redline Energy increased 32 percent over a 52-week period ending on August 12. Overall sales for the company’s non-aseptic energy drinks were up over 300 percent during the timeframe, reaching over $141 million. VPX brands are sold primarily in convenience stores and fitness/nutritional retailers, such as GNC, and gyms.

The company has faced scrutiny over its product health claims in the past. In April 2015, the company received a warning letter from the FDA over use of an adulterated ingredient in its Redline White Heat and MD2 Meltdown supplements. Redline was also the subject of media attention in 2008 after four Florida middle school students were hospitalized with elevated heart rates and sweating after sharing a can of Redline. The incident led to a ban on certain energy drinks by Broward County Public Schools.

Vital and Monster Energy have prior legal history: In 2010, VPX won a partial summary judgement against Monster’s parent company, Hansen Beverage Company, after being sued for false advertising, libel and unfair competition in California.

Vital Pharmaceutical did not respond to a request for comment on this story.