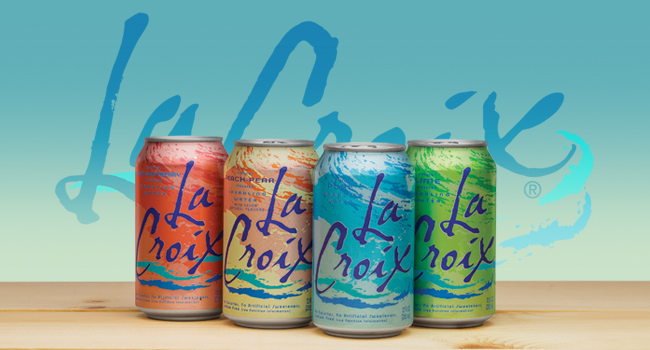 National Beverage Corporation, makers of La Croix, is fighting back against a class action lawsuit alleging that that the company uses synthetic ingredients in its sparkling water products, including one found in cockroach insecticide.

The suit, filed by attorneys from Beaumont Costales in Cook County, Ill. on behalf of lead plaintiff Lenora Rice and all those similarly injured, claims that National Beverage’s use of “all natural” and “100% natural” on its products is intentionally misleading to consumers because of the presence of synthetic chemical ingredients. According to a press release issued by the plaintiff’s attorneys, “testing reveals that LaCroix contains a number of artificial ingredients, including limonene, which can “cause kidney toxicity and tumors”; linalool propionate, “which is used to treat cancer”; and linalool, which is “used in cockroach insecticide.”

“Natural flavors in LaCroix are derived from the natural essence oils from the named fruit used in each of the flavors,” read the statement. “All essences contained in LaCroix are certified by our suppliers to be 100% natural.”

A second release from National Beverage on Oct. 5 stated that the company “affirms that LaCroix sparkling waters are comprised of natural ingredients.” It noted that the allegations have “no merit and will be proven false in short order.”

Beaumont Costales did not respond to a request for comment on this story.

According to the U.S. Food and Drug Administration (FDA), use of the term “natural” on food products is considered “to mean that nothing artificial or synthetic (including all color additives regardless of source) has been included in, or has been added to, a food that would not normally be expected to be in that food.” “Natural” ingredients must be derived from a plant or animal source, but flavors can contain synthetic preservatives.

An article published by Popular Science last week noted that limonene, linalool pripionate and linalool are all “naturally occurring” ingredients that are used to add flavor to various types of food and beverage products. However, the FDA also characterizes these as “synthetic flavoring substances” that are generally recognized as safe. Roger Clemens, an expert in food and regulatory science at the University of Southern California, notes in the story that whether an ingredient is considered “synthetic” or “natural” is unrelated to its “safety as assessed by experts in nutrition, food science, food toxicology, and medicine.”

A petition launched in the wake of the lawsuit urging National Beverage to “come clean about what exactly is in LaCroix” has collected over 6,000 signatures as of this afternoon.

All Market Inc., the parent company of Vita Coco, notched a courtroom victory last week when a federal judge dismissed a lawsuit against the coconut water company that alleged the brand’s use of the phrase “Born in Brazil” on its labels was misleading.

Plaintiffs in the case, filed in April 2016 on behalf of themselves and proposed classes of Florida, New York and California, claimed that the use of the phrase had misled them into purchasing Vita Coco coconut water by implying that the product is exclusively manufactured in or sourced from Brazil. The plaintiffs were seeking over $200 million in damages on claims of unjust enrichment, injunctive relief, and violation of state and federal consumer fraud and deceptive advertising laws.

“We never doubted that we would win this case,” said Vita Coco co-founder and CEO Michael Kirban in a statement. “Brazil is a part of our brand heritage, but our coconuts come from many countries across the globe in addition to Brazil. Not only is this is something we’re proud of and very vocal about, it is clearly stated on each and every container of our coconut water.”

Kirban added that All Market “will continue to vigorously defend ourselves against unfounded class action suits.”