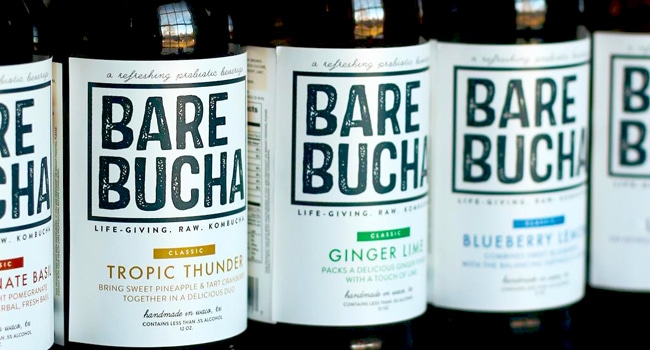 Seeking to help kombucha brands deliver a consistently non-alcoholic product, Bare Bucha and Stout Tanks have partnered to create new technology they say will not only cut fermentation time in half, but also keep alcohol levels below the 0.5% ABV legal threshold without pasteurization, dilution, or microfiltration.

Texas-based Bare Bucha co-owners Toby Tull and David Aycock, along with Stout Tanks president Bill Nootenboom, presented the new kombucha fermentation system, called Symbiosis, at Kombucha Brewer International (KBI) KombuchaKon 2019 in Long Beach, Calif. last month. In contrast to cylindrical tanks which are currently an industry standard, Symbiosis uses rectangular pans that are stacked vertically on a stainless steel rack. According to Tull and Aycock, the shape of the tank allows the liquid to ferment faster while producing less alcohol. The tanks are also designed to be scalable for large breweries.

However, Tull said, while the company has tested the process on its own products it cannot “make any guarantees” that kombucha fermented in the Symbiosis tank will be below 0.5% ABV and that the process is dependent on the recipe, and the amount of sugar, used.

“Kombucha is a very litigious industry right now and I am kind of at my core a rule follower,” Tull told BevNET in a phone call last week. “So it was a deep desire of mine to make kombucha the way that it was always intended to be made but that abided by the current laws in place.”

Tull said Bare Bucha spent 18 months designing Symbiosis before it reached out to Stout Tanks to mass produce the model for sale to other kombucha brands. The tanks are patent pending and although Bare Bucha owns a portion of the technology, Tull said the company wanted to make it available to the industry at large in order to improve the standard of quality for the whole kombucha category. 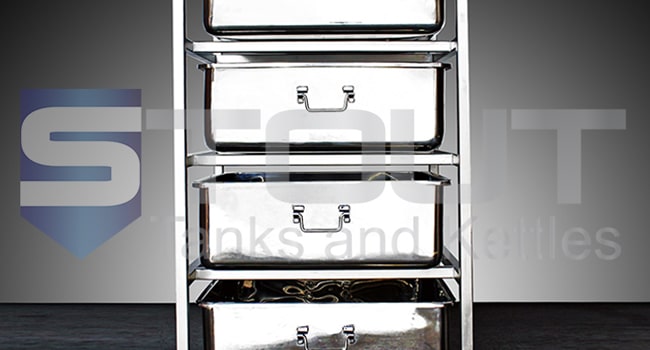 The announcement comes as KBI prepares to establish a standard of identity for the category which will define a consistent brewing process for “raw kombucha” and require brands to disclose if a product is pasteurized or made from concentrate. Tull said the Symbiosis fermentation process would meet these requirements, calling the timing of its launch “serendipitous.”

“The person that wins through this is the consumer,” Tull said. “I didn’t like that people were drinking kombucha that’s not real kombucha. There’s no requirement to stipulate whether it’s pasteurized or unpasteurized, or whether there’s probiotics added or not. And the consumer doesn’t know what kind of kombucha they’re drinking so for us we thought that a rising tide lifts all ships and the consumer deserves better.”