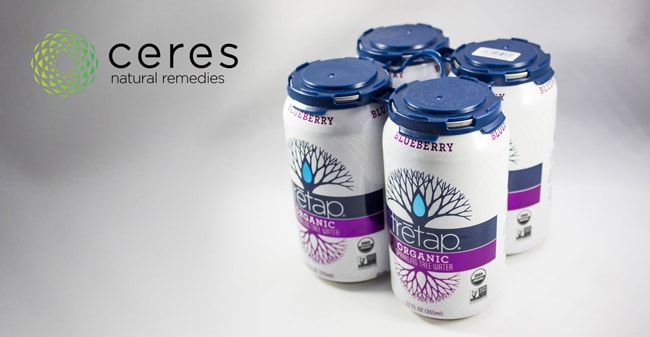 Speaking with BevNET, Ceres executive director Shayne Lynn said the two Vermont-based companies came together last year when Tretap began exploring the CBD beverage space. Ceres, which has multiple retail locations throughout Vermont, is vertically integrated with medical cannabis cultivator and dispensary Southern Vermont Wellness. According to Lynn, the company produces several of its own CBD products under the Ceres brand name, including oils and edibles, but did not previously have a beverage in its portfolio.

Working with Tretap founder and president Aaron Harris, Ceres will launch a line of sparkling CBD-infused maple waters under the Tretap name. The of four SKUs is set to launch later this month, with additional varieties planned to launch this summer.

“We really have a nice brand of products now, and this drink category fits with the other products we’re developing under Ceres, so it’s going to be a really nice package altogether,” Lynn said. “One of the most exciting things about going out on the road, talking to people and saying hey we have this suitcase of products all under one brand and we’re looking for Tretap to really be the anchor for all those other products.”

Harris told BevNET his focus is to grow distribution for both Tretap, available throughout New England, and Ceres branded products, which are currently available in Vermont. While the space for tree-sourced waters, such as maple or birch, is still nascent, Harris said CBD is an extra selling point for many distributors and retailers, with multiple buyers expressing interest in carrying Tretap’s original and CBD-infused products.

The company is also exploring launching additional CBD-infused maple products under the Tretap banner, Harris said, but there are no immediate plans for non-beverage lines.

The announcement of the acquisition comes just days after state and city officials in Maine and New York began crackdowns on businesses selling CBD food and beverage products. Lynn said Ceres works closely with the Vermont Departments of Health and Agriculture and is in frequent contact with regulator to ensure the company is following all legal requirements.

“We’re really looking for our agriculture department to come forward, confirm their program with the USDA and say they meet all the standards in the Farm Bill and that’s going to take some time, but we’re confident in the short term that we’re following all the rules and regulations here in the state of Vermont.” Lynn said. “It can be a little bit of a dance when you have this whole new industry is coming about. But I think we have the experience to handle that.”