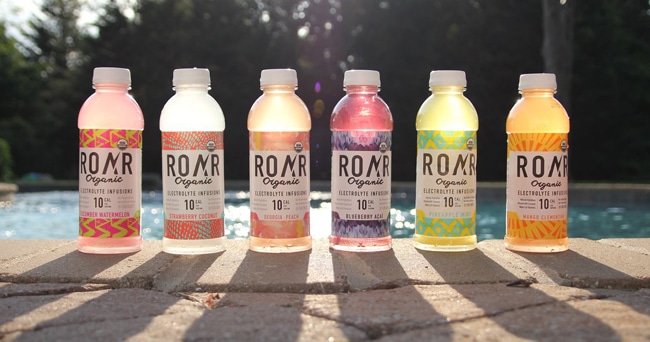 Veteran CPG marketing executive Eric Berniker, who most recently served as CMO of CORE Hydration, has joined organic sports drink maker Roar Beverage Company as its new CMO and its investor AccelFoods as an operating partner.

The move, completed last month, comes as Roar prepares to scale nationwide. In December, AccelFoods led a $5.6 million funding round in the brand and in January the company brought in former Chef’s Cut Real Jerky CEO Bart Silvestro to serve as COO and president.

“Post the acquisition of CORE I was looking at different brands that were intriguing to me or fit my formula for success,” Berniker told BevNET in a phone call. “For me it’s always about what the category is doing, is the brand differentiated, who are the people behind it, and is it funded? And as we all know the health and wellness trends are not slowing down, people are looking for functional beverage and to reduce sugar, for those extra attributes from their products. And for all that Roar checks the boxes.”

Berniker has 15 years of experience in the industry, working with multiple food and beverage brands which achieved sizable exits. He first entered the CPG space in 2004 when he joined Glaceau as SVP of marketing. In 2010 he joined Pirate’s Booty as VP of marketing prior to its 2013 sale to B&G Foods, and most recently he spent over three years as CMO of CORE, which sold to Keurig Dr Pepper last year for $525 million.

Berniker said he believes Roar is well positioned for success based on its vibrant branding and on-trend product attributes such as organic certification and antioxidants. He also quoted founder and CEO Roly Nesi who compared the brand to athletic apparel company Lululemon, citing that brand’s growth into a lifestyle brand popular with millennials.

“People bought into Lululemon because of what it represented, its motto, and because it’s image and lifestyle led,” Berniker said. “And that’s kind of the same thing with Roar. We see this as a brand that’s women-led but obviously open to men as well, just like Lululemon, and it’s very much a look-and-feel image that stands out on shelf. But we’re looking to build a lifestyle around the brand.”

Berniker said the brand speaks to “on the move” female millennials who are “always on, pushing the limits, and defining what success looks like.”

He contrasted the brand’s appeal to modern consumers with the marketing approach at Glaceau, noting that Vitaminwater was built with prominent celebrity endorsements, while modern influence campaigns focus on themes like inspiration and authenticity which Roar more readily symbolizes.

Sampling will also continue to be a big promotional tool for the company. Berniker said past sampling statistics have showed trial-to-purchase rates between 60 and 70 percent.

In addition to joining the Roar team directly, Berniker is also joining AccelFoods as an operating partner, where he will review marketing plans and provide strategic advice for the firm’s broader food and beverage portfolio. AccelFoods announced last month that Bart Silvestro has also been tapped for an operating partner position, along with former Beats by Dre CFO Paul Eskenazi, Food Creative CEO Paula Grant, and Kalahari Brands CEO Chris Hickey.

“I think a big part of the job will be to continue to fan the fire,” he said. “The brand last year grew 500 percent and that was with a really lean team doing some amazing things. So it’s about how do we take those things and scale them and continue to raise awareness for the brand in different ways.”