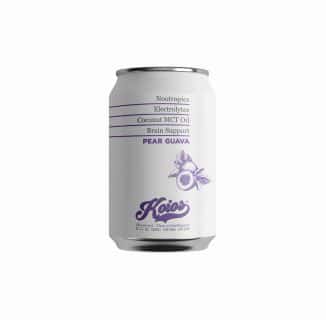 VANCOUVER, B.C.– Koios Beverage Corp. is pleased to announce it has signed a vendor agreement with Walmart Inc, the world’s largest retailer.

Walmart Inc. is a multinational retail giant that operates a chain of hypermarkets, discount department stores and grocery stores across the globe.

Walmart has more than 11,200 stores operating under 55 banners in 27 countries around the world. It has e-commerce websites in 10 countries. Each week, nearly 265 million customers and members shop at Walmart.

“Working with the world’s largest retailer is an honor,” said Koios CEO Chris Miller. “Walmart has begun carving out significant shelf space in select locations to build the next generation of better-for-you brands, and we are truly excited to be one of them. Making the world a healthier place is our mission and our relationship with Walmart will be a tremendous catalyst for reaching a mass audience for our brand.”

Koios developed a proprietary nootropic formula that has been shown to enhance brain function, including mental focus, memory and concentration. Its formula includes superfoods such as lion’s mane mushroom, which contains bioactive substances with beneficial effects on the body, brain, heart and gut. The Company produces the formula as a line of healthy, organic beverages and drink powders.

Launched last year, the Koios brand had been carried primarily in several health store chains, and various grocery chains until December when GNC – the largest health and wellness company in North America – initiated a vendor partnership.

Miller continued, “The vendor agreement is a pivotal development for a Denver-based startup that has become a standout in the functional beverage industry.”

Koios has been rapidly expanding its production capacity and its distribution network across Colorado and more widely across the United States. The Company works in the fast-growing functional beverage space.

The Company is an emerging functional beverage company which has an available distribution network of more than 5,000 retail locations across the United States in which to sell its products. Koios has relationships with some of the largest and most reputable distributors in the United States, including Europa Sports, Muscle Foods USA, KeHE and Wishing-U-Well.  Koios is also the sole owner of Cannavated Beverage Corp., a subsidiary that develops beverage products and formulas for the growing CBD market. Koios uses a proprietary blend of nootropics and natural organic compounds to enhance human productivity without using harmful chemicals or stimulants.  Koios products have been shown to enhance focus, concentration, mental capacity, memory retention, cognitive function, alertness, brain capacity and create all day mental clarity.  Its ingredients are specifically designed to target brain function by increasing blood flow, oxygen levels and neural connections in the brain. Koios produces one of the only drinks in the world infused with MCT oil. MCT oil is derived from coconuts and has been shown to help the body burn fat more effectively, create lasting energy from a natural food source, produce ketones in the brain, allowing for greater brain function and clarity, support healthy hormone production and improve immunity. For more information, please visit our website: mentaltitan.com.