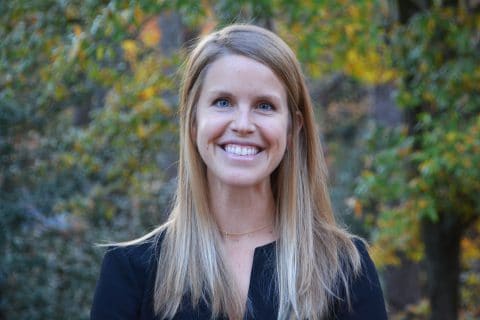 WINSTON-SALEM, N.C.— Lizzie Ward Roediger has been promoted to Chief Executive Officer for Sunshine Beverages, a fast-growing beverage company based in Winston-Salem, North Carolina that manufactures and sells better-for-you energy drinks and sparkling energy waters. Roediger has been leading Sunshine as President since late 2017 following an investment from Teall Capital.

As CEO, Roediger will continue to focus on driving Sunshine’s long-term growth strategy and leading the company’s expanding team. The business has doubled in sales each of the last two years and is continuing to expand its reach and consumer affinity. Over the last 18 months, Roediger led the strategic introduction of a larger pack-size for Sunshine products, a 12 oz. sleek can, as well as research, development and launch of the brand’s first line extension – Sunshine sparkling energy waters.

Ben Sutton, who serves as Chairman of Teall Capital Partners, is widely recognized as one of the most accomplished entrepreneurs and business leaders in the sports and entertainment industry. He is the former Chairman and CEO of IMG College and the founder of ISP Sports.  He enthusiastically incorporated Sunshine Beverages in the Teall portfolio of investments in 2016 after being introduced to the product and becoming a believer in the brand and millennials’ attraction to the Sunshine energy boost. Sutton shared, “Having known and worked with Lizzie for more than ten (10) years, and in several capacities, it has been inspiring for me to see her extraordinary growth in leadership, her commitment to developing the team around her, setting the organizational culture, and her tireless commitment to building a long-term strategy for Sunshine’s brand and products.  Her remarkable strategic vision led to the development of Sunshine’s three new sparkling energy waters, which are already winning awards for Sunshine and drawing new passionate consumers of Sunshine products.”

Roediger was part of the Teall Capital team prior to joining Sunshine and worked on several of Teall’s earliest investments, which included the Triad-based beverage brand. Prior to her time with Teall, Roediger completed her MBA at Emory University Goizueta Business School and spent a year with The Coca-Cola Company in Strategic Marketing. Roediger began her career with ISP Sports under Sutton’s leadership, and then following its merger with IMG, she worked on marketing, sale, and execution of national sponsorships in college sports, ultimately leading the brand strategy and activation team for IMG College National Sales in New York City.

“I am honored and proud to be leading this company, and I am humbled by the incredible support I receive from the Sunshine’s original founders as well as Teall Capital. I was introduced to Sunshine as a consumer and was an instant believer in the product, brand and mission. We’re answering a real consumer need – a great-tasting, balanced energy boost – and we have built an immensely talented team that is going to take Sunshine national over the next few years.”

Roediger received her undergraduate degree from Wake Forest University and holds a Master of Business Administration from Emory University Goizueta Business School. Roediger and her husband Charles live in Winston-Salem.

Sunshine is a fast-growing beverage company based in Winston-Salem, North Carolina offering better-for-you energy drinks with craveable, sparkling taste and a feel good energy blend of ingredients. Sunshine’s energy drinks and sparkling energy waters are available in six total flavors, each with vitamins, electrolytes and just enough natural caffeine to deliver the perfect pick-me-up. In a market overrun with extreme, Sunshine is pioneering efforts to redefine the energy drink by bringing consumers a positive, everyday boost with the promise of great taste, better-for-you ingredients and balanced functionality. Sunshine is sold in major retailers, including The Fresh Market, Lowes Foods, Food Lion, Publix, Harris Teeter and QuikTrip along with many regional and independent accounts. The beverages are also available for purchase on Drinkthesunshine.com and Amazon. Learn more at drinkthesunshine.com.