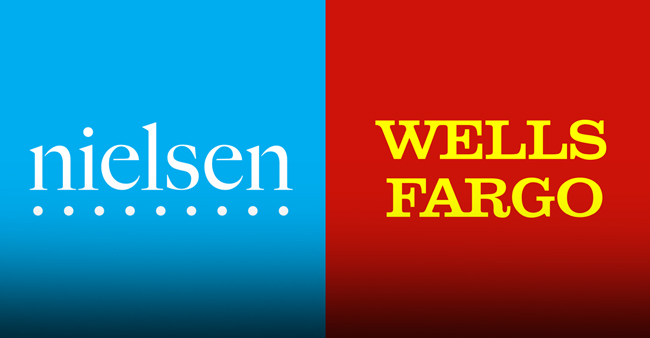 Growth in total dollar sales for non-alcoholic beverages and snacks was a modest 1.3% during the four-week period ending on May 18, according to an analysis of Nielsen data by Wells Fargo Securities.

The Coca-Cola Company, PepsiCo and Keurig Dr Pepper (KDP) all saw declines in beverage dollar sales during the four week period. Total beverage sales for Coke were down 1.5%, though the soda giant did record a slight 0.1% uptick in carbonated soft drinks (CSDs). PepsiCo reported a 1.4% decline in total beverage and snack sales, with a 3.4% drop in CSDs weighing down its results. Meanwhile, KDP outperformed its two rivals in terms of CSD dollar sales, which were up 2.4% over the four weeks, though total beverage sales were down 0.3%.

Total category growth in CSDs was a muted 0.1% during the period, with average price up 2.6% and volume down 3.6%.

In energy, overall dollar sales continued to be strong, although not as high as in the same period last year; The category rose 8.9% during the four-week period, and is up 10.7% for the 12-week period. Sales and volumes of Red Bull were up 2.6% and 2.4% respectively, though both have decelerated over the 12 weeks.

Boosted by robust sales numbers from Java Monster (up 9.2%), Monster’s core energy lineup (excluding Mutant) grew 2.2%. However, volume fell 3.6% while average price increased 6% during the four weeks. With Reign, Monster’s new ‘performance energy’ subline, the company is in the midst of enjoying one of its strongest new product debuts; according to an analysis by Wells Fargo Securities, Reign’s weekly sales are now over $7 million at retail, more than triple that of Ultra, Mutant and Hydro at the same point after their respective introductions. Analyst Bonnie Herzog pointed to the combination of Coke’s strong distribution system and improved execution in launching new products by Monster as key attributes in Reign’s success thus far. She also noted that the line’s 35% all-channel ACV suggests it has plenty of room for further growth.

Dollar sales in the still flavored water category fell 1.7% overall, with both Coke and Pepsi contributing to the drag. The former saw dollar sales continue to fall, down 5.1% over the four-week period after posting 1.6 percent growth over the 12-week period. Meanwhile, Pepsi also saw sales decelerating, growing just 4.3% over the four weeks, compared to 14% growth over the 12 weeks. Private label has been the main beneficiary of those declines; dollar sales (15.8%) and volumes (5.2%) were both up during the four-week period.

In the sparkling flavored water segment, Nestlé Holdings and Polar Corp. appear to gaining ground left behind by National Beverage Corp. (NBC). The Florida-based company, makers of LaCroix, saw dollar sales decline 16.1% and volumes fall 17.5% during the four week period, while Nestlé (6.1% sales growth) and Polar (9.8%) continued to rise, though at a slower pace than over the last eight and 12 weeks. Meanwhile, Talking Rain posted 18.2% dollar sales growth, along with a 21.8% increase in volumes.

Bottled water saw a 1.3% decline in dollar sales, according to Nielsen. Nestlé Holdings, the category’s biggest shareholder, saw sales decline accelerate during the four week period, down 8.7% compared to down 4.3% in the eight weeks. Volumes, which were down 15.5 percent, also continued to fall against average price increase of 8%. Coke and Pepsi also reported sales drops of 5.4% and 4%, respectively. Private label water sales increased 6.6%, with volume up 8% and average price down 1.2%.

Ready-to-drink coffee sales increased 5.3% during the four week period, thanks mainly to growth from PepsiCo and Starbucks’ North American Coffee Partnership (up 4.1%) and from brands categorized by Nielsen as “all others” (46.8%). Coke saw the steepest decline in sales, falling 21.9% over the four weeks, with volume also dropping 23.7%. Meanwhile, ready-to-drink tea sales were down 4.9% overall, with volume dropping 6.1% and average price rising 1.3%.