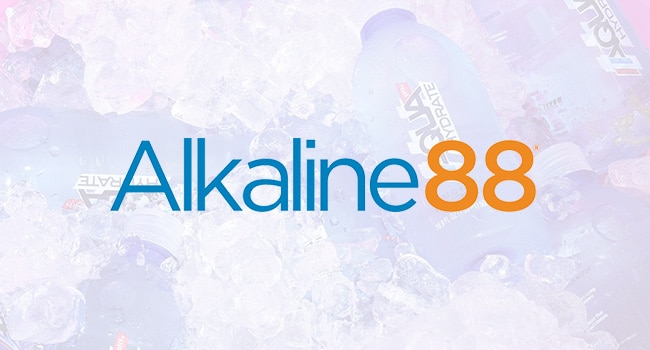 The Alkaline Water Co., a publicly traded company based in Arizona, announced yesterday afternoon that it had acquired AQUAhydrate in a stock-only transaction. During a conference call with investors this morning, the company said it plans to combine operations, including co-packing facilities and distribution networks, in order to reduce costs while expanding market access for both AQUAhydrate and its Alkaline88 line of premium bottled waters.

Ricky Wright, president and CEO of The Alkaline Water Co., said that AQUAhydrate’s DSD system will help the company to expand its Alkaline88 line into the convenience channel, while AQUAhydrate will gain access to the company’s strong R&D division and production capabilities. As well, the company aims to expand AQUAhydrate’s presence in the grocery and military channels.

“We’re going to rebuild off of their DSD network, which probably gives us a two year head start if we were to start that alone,” Wright said. “We have a big convenience store push this year, and this will accelerate that by at least two years.”

While co-packing operations will be merged for bottling purposes, the company told BevNET via email that the lines will continue to be formulated separately as the products “have different processes and different end products.”

Wright also shot down concerns that the two alkaline water lines would cannibalize each other, noting that Alkaline88 is marketed to families for at-home consumption while AQUAhydrate targets a consumer base of athletes and fitness enthusiasts. The Alkaline Water Co. is also exploring new product categories, including a sparkling water line, in addition to its as previously announced CBD-infused products.

“We found that the social media outreach of AQUAhydrate and their media presence would [be] a huge factor as we roll [out] our own products, i.e. flavored waters and CBD based lifestyle products, for families and athletes,” the company told BevNET via email.

In the past year, The Alkaline Water Co. has focused on developing CBD-infused water products and aims to also create CBD-infused product lines under the AQUAhydrate brand. The company also told BevNET that “there could be consideration in the future” to acquire CBD beverage brands if “the right opportunity presents.”

The transaction is expected to close by the end of the year but will first require a majority vote by shareholders. AQUAhydrate shareholders will receive 19,565,217 shares of common stock of the company, plus any shares to be issued in connection with the acquisition. Key investors and brand ambassadors are subject to two-year escrow agreements.

The acquisition will be completed through a triangular merger with a new wholly-owned subsidiary. A newly formed Board of Directors will feature four members from The Alkaline Water Company — Wright, chairman Aaron Keay, director Bruce Leitch, and Beverage Marketing Corp. partner Brian Sudano. AQUAhydrate will nominate three members, including Matthew Howison, Ira Tochner — a partner at investment firm The Yucaipa Companies — and a third nominee to be named later.

AQUAhydrate reported gross sales of more than $15 million in both 2017 and 2018 and, according to Nielsen, the brand has grown 32% year-over-year as of July. Post-transaction, AQUAhydrate is expected to provide The Alkaline Water Company with an additional $5 million to $7 million in revenue for 2019. The company projects 2020 revenue will surpass $65 million on a pro forma basis.

However, during the call some investors were skeptical about the merger. Kevin Dede at investment bank Rodman & Renshaw questioned why AQUAhydrate felt the need “to cash in their chips and walk away with stock” despite sizable growth in 2019, noting that the decision to sell “feels like a concession.”

According to Wright, although AQUAhydrate has seen solid growth in the past year, the brand had struggled with stagnating revenue in the past. Wright noted that AQUAhydrate has a weaker R&D arm and that the brand will be able to “piggyback” off of the Alkaline Water Company’s established product development department to improve innovation.

“I think they’re really looking to us to continue to grow with our management team,” Wright said. “We’ve had an excellent management team, I think they see that strength and they believe where their strong we’re not, and where we’re strong they’re not. They see the same thing we do — it’s one plus one equals three.”