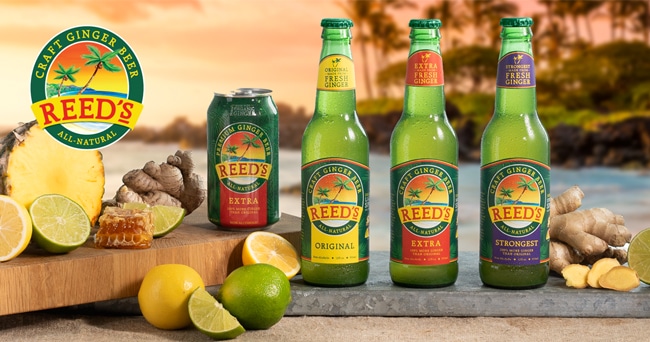 Carbonated soft drink maker Reed’s Inc. today announced the appointment of John Bello, the company’s current chairman of the board, as interim CEO following the sudden departure of Val Stalowir, according to a press release.

In the release, Bello called the move reflective of its intent to “adjust our leadership team to align with the stage of our business development.”

“With the divestiture of manufacturing, Reed’s will focus on building world class brands through on-trend product innovation, effective sales and powerful marketing,” he said. “We have now entered a key next stage of our business transformation, where we are focused on executing the further development of our outsourced supply chain to support the anticipated growth of our core brands as we expand our sales and marketing efforts.”

He continued: “As we enter this next phase in our growth, it is crucial to develop a team with the experience and skills to execute our new business model. I will leverage my beverage industry experience to provide the guidance to drive these important business activities while partnering with and building our talented team to support our expanding sales, marketing and product development efforts.”

Norman E. Snyder, Jr. was also named the company’s new chief operating officer. He will succeed Stefan Freeman, who served as interim CEO in 2017 prior to moving into the COO role. Freeman will “continue to support Reed’s and move into a transitional operating role, working closely with Mr. Snyder to ensure a seamless executive operational transition,” according to the release.

Following Stalowir’s exit, Reed’s finds itself in a similar position to when the now ex-CEO joined the company in June 2017, just two months after founder Chris Reed resigned following disappointing financial results the year prior. At the time, Stalowir was charged with helping the brand reduce its dependence on capital-heavy investments — including a Los Angeles production facility that was later sold — and recover from supply chain issues that cost it between 15 to 20 percent of its distribution in 2016.

Under Stalowir’s stewardship, the brand moved to execute a three-phase rebrand and restructuring, during which it hired new board members and a new management team, cut 100 SKUs, and refinanced its credit line to reduce interest rates and expenses, while also pivoting to a sales and marketing business model.

At Natural Products Expo West 2019 in March, Stalowir told BevNET the company predicted its core brands will grow between 20-30% this year and add between 5,000 to 10,000 new doors.

However, Reed’s suffered a setback when manufacturing issues emerged yet again in Q2 of this year. The brand ran into roadblocks with three of its co-packing partners — Lion Brewery, California Custom Beverage and Langer — that put a dent in growth for Reed’s and Virgil’s lines and pushed quarterly losses to over $4 million.

“Our third quarter results reflect the short-term supply chain challenges that began at the end of the second quarter and modest improvement is anticipated as we exit the year,” Bello said in the release. “However, we are pleased to report that we have seen improvement in fulfillment rates, have expanded our contract manufacturing relationships and are executing on our initiatives to broaden production and support our strong product innovation efforts as we enter 2020. Our enhanced operation team will further accelerate our supply chain enhancement efforts.”

Bello thanked Stalowir for “his dedicated and tireless service over the last two years executing our transformation plan.”

“Val repositioned the business operations and built out a strong sales and marketing organization that is poised to drive the business to its next level,” Bello said. “As we transition into our next phase of development, change is expected, and we wish Val the best in his next endeavors.”