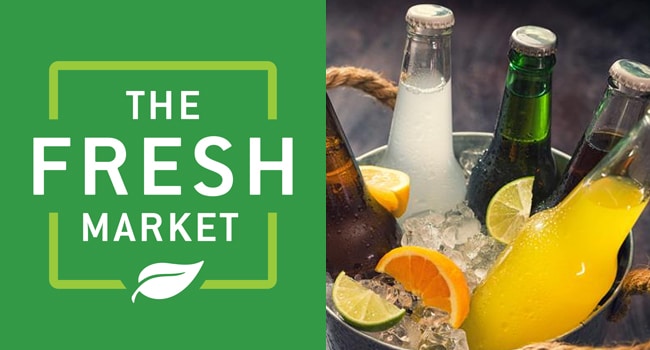 When Dwight Richmond became the director of grocery at North Carolina-based natural grocer The Fresh Market in December, he inherited a beverage set that was struggling. Facing a months-long string of double-digit declines, Richmond knew that turning beverage sales around wasn’t going to solved by cutting a few SKUs and bringing in a handful of on-trend brands. Rather, The Fresh Market’s coolers needed an overhaul.

This past spring, Richmond sent out an open call to beverage brands in every category to submit products for consideration and, as he told BevNET in April, “no one [was] safe in this review.” All told, the company received more than 600 products for consideration. Four months later, The Fresh Market officially began its reset after the Fourth of July holiday, a process that Richmond told BevNET last week was “about 85% complete” across all 161 stores.

The new beverage set features more than 300 products from over 70 brands. According to Richmond, the store’s “curated” approach to rebuilding its grab-and-go coolers was inspired in part by the diversity of the craft beer space. While the company ultimately cut less than 20 underperforming brands from their shelves, the retailer significantly scaled back facings for existing products, creating extensive shelf space to fill with emerging products and young categories.

“In my 25 years I’ve never done this in any retailer that I’ve ever worked in,” Richmond told BevNET. “We didn’t really get rid of a lot of space. We just really rearranged and rethought how we worked with the space that we have.”

According to Richmond, The Fresh Market worked with roughly 100 different vendors prior to the reset . Now, he said, the beverage department has “doubled” in size, while remaining within the existing allocated shelf space.

“I take my cues from my store, because I’ll be honest, a lot of time store employees are your biggest critics when it comes to beverage,” he said. “They’re not going down the street to buy a beverage when they’re working, they’re buying the beverages that are in the store. So, the initial feedback from them has been overwhelmingly supportive.” 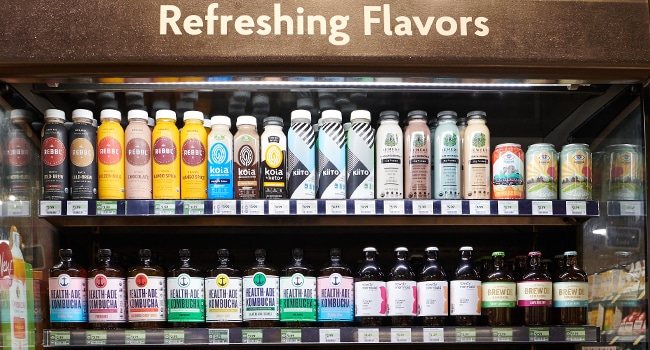 The revised sets feature both established natural brands such as GT’s Living Foods, La Colombe, and Rebbl alongside younger startups such as Tribucha, Snowing in Space, and KiiTO.

But Richmond also embraced more niche categories, including non-alcoholic beer and wine alternatives with brands such as H2OPS sparkling hop water and Napa Hills Vineyard Enriched Waters. The retailer brought in functional tea brands such as BOS and Mr. Mak’s GinBao, switchel makers such as Up Mountain and Switchle, and “sustainable waters” such as Asarasi, Richard’s Rainwater, and BANU Bamboo Water.

In constructing each category, Richmond created a base of core brands and then worked to fill white space around them with additional flavors and functionalities. In RTD coffee, for example, La Colombe and Califia Farms were already two of The Fresh Market’s best selling brands, each with nitro and plant-based latte options. To fill out the set, Richmond added Rise Brewing Co.’s oat milk lattes as an adjacent complement to Califia’s almond milk based lattes. Meanwhile, Picnik serves as a keto-friendly butter coffee brand, and Snowing in Space as a local regional offering.

Even for major brands, such as The Coca-Cola Company, Richmond diversified the set by increasing the number of imported products, such as Mexican Coke products that are made with cane sugar.

He also cited the rise of venture capital and entrepreneurialism as growth drivers in the beverage industry, helping create a diversity of brands that allow specialty retailers to create diverse, individualized sets. 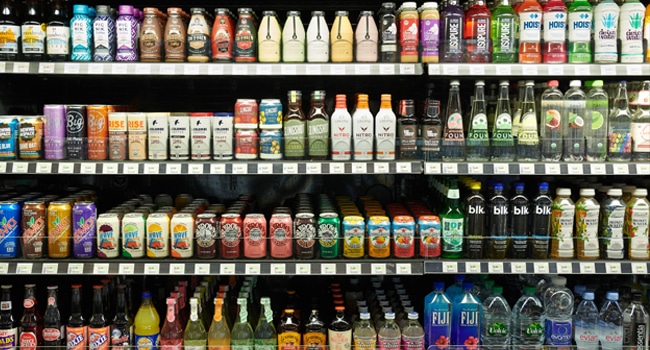 “If you try to do beverage with just one script you’re going to lose,” Richmond said. “You have to follow consumer demand but you also have to create some consumer demand and excitement with what you curate. Otherwise you’re just going to have a cookie cutter set that everyone else has and you’re never going to grow your category in a meaningful way.”

The reset, Richmond said, also allowed him to create new “clear and defined boundaries” for “what lives in what set.” Going forward, future brands looking to enter The Fresh Market will be expected to fit within one of several newly defined category quadrants.

As the changes are integrated across Fresh Market stores, Richmond said the beverage sets will continue to evolve. While the completion of the overhaul has allowed him “time to breath,” his focus is shifting to working with brands and vendors to build awareness of the new sets and begin driving sales. The grocer intends promote its new beverage set on social media, and will coordinate with brands on demos and promos. Ideally, he noted, the coolers will generate excitement and fuel word of mouth for both the brands and The Fresh Market.

“What I want and what a brand want is not different at all,” he said. “I think there’s always a misnomer that retailers want one thing and brands want another thing. At the end of the day we all want customers to be happy, we want them to find the products they want at the prices they expect them. And we want them to become evangelists of the great products they found at the retailer they love.”